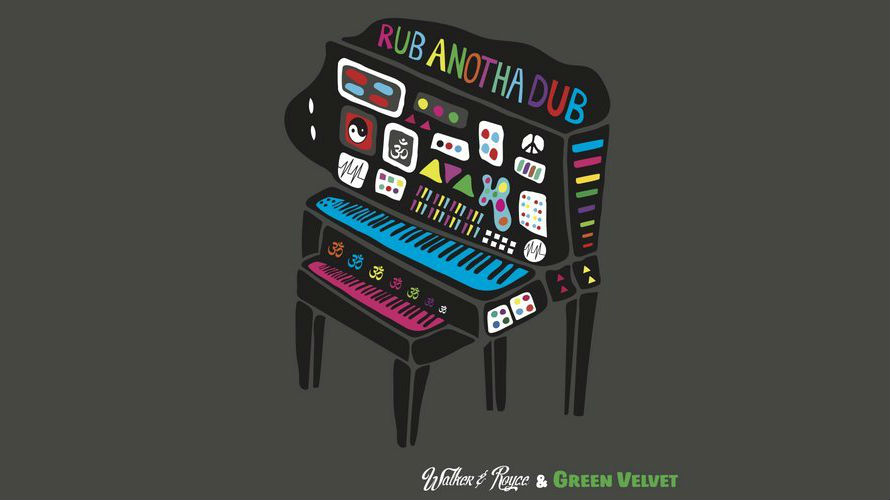 Walker & Royce are at it again, this time with “Rub Anotha Dub”, the irresistible second single from their upcoming debut album, Self Help.

2017 has been the year of Walker & Royce. The Dirtybird duo has already been making some serious waves this festival season with the release of their funky alien-inspired tune “Take Me To Your Leader” featuring long-time pal Dances With White Girls. Today, Dirtybird fans rejoiced as Walker & Royce finally released “Rub Anotha Dub”, their sensational collaboration with none other than house and techno powerhouse Green Velvet.

“Rub Anotha Dub” has been lighting up dance floors all summer long, getting play from artists like Claude VonStroke at Tomorrowland, Christian Martin at Oregon Eclipse, and Green Velvet himself at Exchange LA ahead of its debut. Green Velvet provides the vocals, setting a humorous counterpoint to what is undoubtedly an absolutely massive club tune.

Aside from that cheeky vocal, the track itself is an instant hit – it features multiple layers of sounds, a supremely danceable beat, and a huge, booty-shaking bassline that will keep you grooving until the sun comes up.

“Rub Anotha Dub” is just the latest release from Walker & Royce’s upcoming debut album, Self Help. The album drops on Dirtybird Records on October 20. The album follows other successful releases with the label, including 2016’s Boy EP, which quickly became a Dirtybird fan favorite and featured one of 2016’s most popular tracks, “I.T.B.”.

In support of their debut album, Walker & Royce are also headed out on a worldwide tour! Catch them in a city near you, or make your way to Bradley for the third annual Dirtybird Campout. Featuring performances from a  litany of Dirtybird favorites, the Campout is certain to be one of the best weekends of the year!