Ultra continues to raise the bar on their festival lineups by dropping their Phase 2 artists for Ultra Mexico. With this year being the first Ultra Mexico ever, festival organizers wasted no time getting some of the best artists to come to Foro Pegaso in Mexico City. Attendees will be delighted that the landmark event will feature not just one but three stages and yes, there will be a RESISTANCE stage.

Phase 2 adds more RESISTANCE heavy artists to the lineup with Art Department, Damian Lazarus, Danny Tenaglia, Matador, and Technasia. Other additions to the lineup were Cosmic Gate, Feed Me, Ferry Corsten, Malaa, Nano and The Zombie Kids. Take a closer look at the lineup photo below to plan out what days your favorite released artists in the festival announcements are playing and what day.

Ultra promises more artists to come in their Phase 3 announcement.  The venue itself is a mere 20 minutes away from Toluca International Airport. and boasts close access to more than 120 hotels, restaurants, and bars.

Tickets can be purchased for two days starting at $177 and are available at umfmexico.com. Ultra Mexico will also be selling single day passes. Get your tickets today before prices go up! 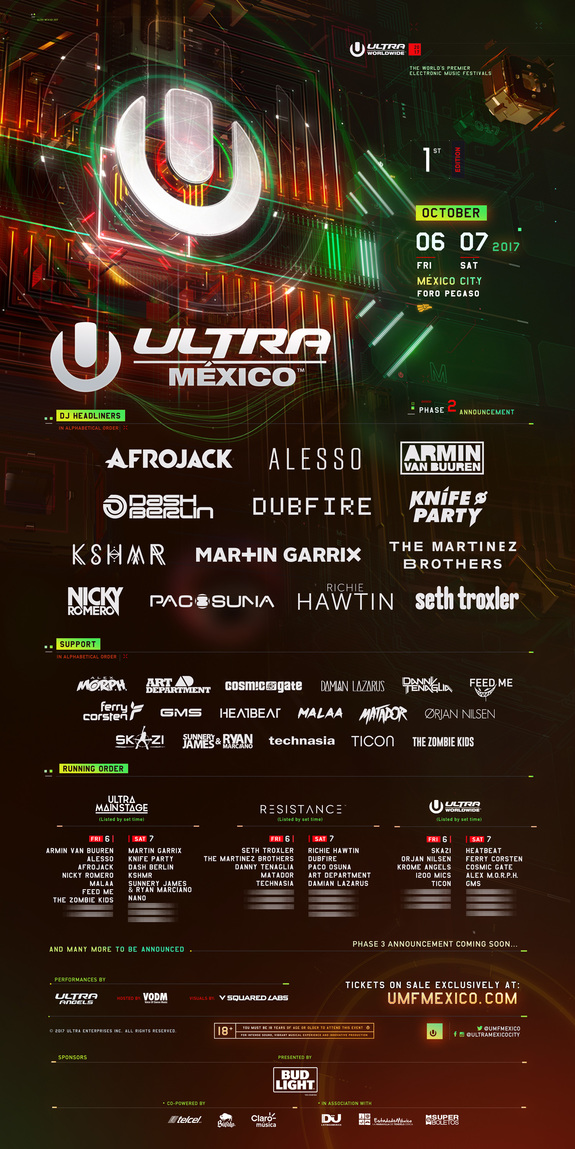 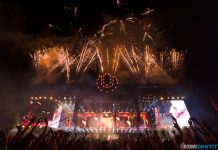