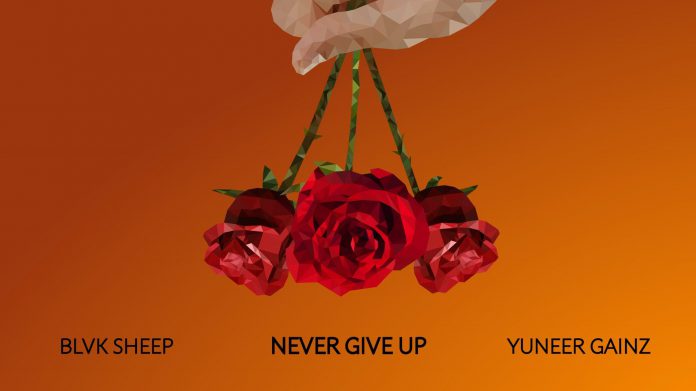 BLVK SHEEP and Yuneer Gainz combine their talents for one of the most richly produced tracks in dance music, “Never Give Up.”

The best part about listening to music is when you can really feel the music as you are listening to it. Music that evokes emotion is incredibly beautiful and eye-opening to the overall power of music. BLVK SHEEP teamed up with vocalist Yuneer Gainz on “Never Give Up”, and released one of the more emotional dance tracks I have heard.

The way this track came about was pure and genuine. BLVK SHEEP sent a demo over to Yuneer Gainz, the two have never worked together in the past, but they did share a mutual manager. Once he heard the big cinematic tones set up by BLVK SHEEP, he knew he had to work on this record.

While this was Yuneer’s first time working with an electronic artist such as BLVK SHEEP, he did not let that hold him back in the recording process. The overall vision of the track from both producers was that they wanted something larger-than-life. BLVK SHEEP specifically wanted something that expanded past the realm of dance music – and the end product, “Never Give Up”, does exactly that.

The fruit of BLVK SHEEP and Yuneer Gainz’s labor comes in the form of “Never Give Up”. It’s an astounding track from start to finish that captivates the listener with strong emotions. The track has Yuneer providing vocals throughout it, a full choir on the breakdown, a piano outro, and BLVK SHEEP’s illustrious production. Taking elements from future bass and trap music, “Never Give Up” takes you on an emotional rollercoaster from start to finish.

Personally, this is one of the best dance tracks I have heard in a long while due to the fact that it really makes you feel something from the minute you press play. What do you guys think?

Stream “Never Give Up” by BLVK SHEEP and Yuneer Gainz: 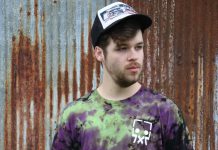 Get Weird and Wobbly with TVBOO on ‘Cult Classics Vol. 2’ 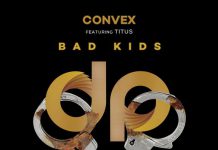