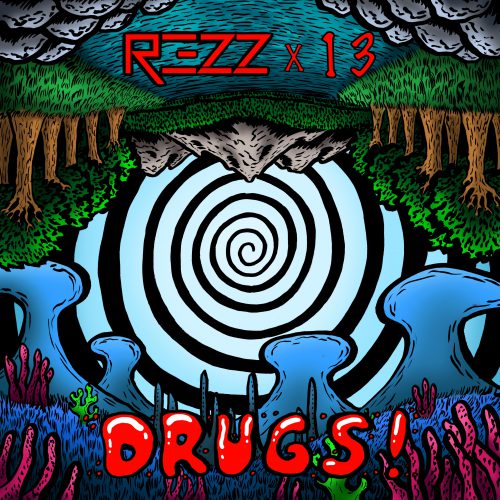 REZZ teams up with 13 on “DRUGS!” off Mass Manipulation

After debuting a few of the other tunes on her forthcoming album, REZZ dropped yet another massive track for her faithful fans this week. Teaming up with fresh artist 13, “DRUGS!” is a track that toys with your head as you spiral into the dark abyss of bassy beats. The fourth single off the Mass Manipulation album, it will also be the final one ahead of the release of the album on August 4. Listen to the track below and get a feel for how massive this upcoming album will truly be. 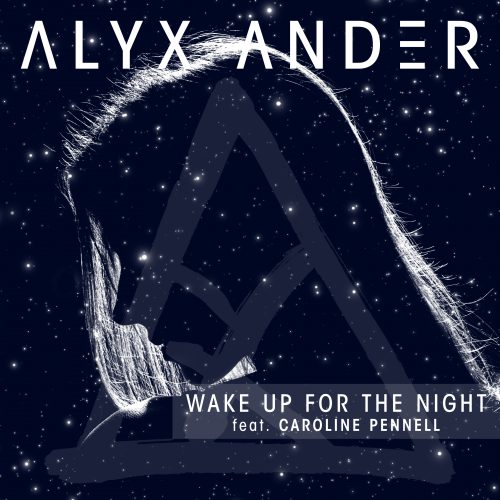 Alyx Ander is back with his third release, “Wake Up For The Night” featuring the vocal stylings of The Voice Top 8 Finalist Caroline Pennel!

Hailing from Queens, New York from a family composed of multiple generations of artists and musicians that gravitated to the sounds of jazz, classical, and The Beatles, Alyx was born into a life of music. His high school years were focused on classical music and theatre, but he knew that turntables were going to unlock his true calling by the time he decided to head down south to study in Miami. While still in New York, Alyx Ander would frequent clubs like Exit and Sound Factory, leading him to hear DJs like Danny Tenaglia, Jonathan Peters, and Tiësto. Soon, you couldn’t keep Alyx Ander out of the studio, and a new dance music star was officially in the making!

Since the release of “Close Enough”, Alyz Ander’s debut single, Pete Tong would rise up to show support on BBC Radio 1 in the UK along with Jason Bentley on his nationally syndicated KCRW radio show “Morning Becomes Eclectic” in the US, both featuring “Close Enough” on their respective radio shows.

Since then, Alyx Ander has worked hard in the studio, to deliver his second release, “Memories Of You”, ultimately leading us to July 26, 2017, when the up and coming dance music dynamo would release “Wake Up For The Night”, a track that compliments strong songwriting with bright, “feel good” melodies and features the gorgeous vocals of Caroline Pennel, a top 8 finalist on The Voice.

Balanced with a chilled out melody perfect for those late summer nights on the dance floor, Caroline Pennell delivers an exceptional performance with her angelic vocals leading the way. Pennell is an emerging indie-pop singer/songwriter who first gained attention as a Top 8 contestant on The Voice in 2013. Alyx and Caroline were first introduced when he remixed her cover of Xavier Rudd’s “Follow the Sun.” The two instantly bonded and sought to create an original together. The rest is history!

“I couldn’t be any happier with the way it turned out. It’s beautiful and delicate, yet strong at the same time” 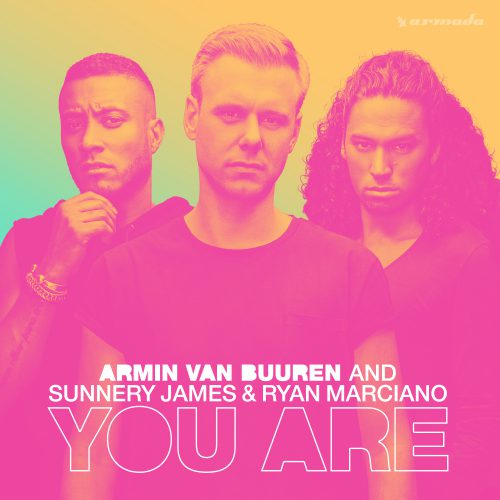 When the biggest name in trance joins forces with one of the hottest acts in the house music industry, the result is a dance floor banger set to rock you to the core!

Last Friday on July 21, Armin van Buuren and Sunnery James & Ryan Marciano unleashed their fresh Ibiza inspired team-up called “You Are”, which will go down in history as the official anthem for their summer residency at the esteemed Ibiza club Hï Ibiza!

With that ever familiar Armin van Buuren big room trance flair, the track rumbles through the speakers with ridiculously catchy lyrics (that I literally can’t stop repeating in my head), rhythmic drum samples and those sexy festival vibes that seem to run without ceasing through the veins of the Sexy By Nature men themselves, Sunnery James & Ryan Marciano. Juggling Sunnery James & Ryan Marciano’s signature tribal beats, Armin van Buuren’s synth horns and the vocals carrying a Maxi Jazz feel, this song is without question, the star of this summer’s party season.

In addition to staking its claim as an insanely efficient Ibiza 2017 tastemaker, “You Are” is also included on the latest in Armin van Buuren’s A State Of Trance mix album series, ‘A State Of Trance, Ibiza 2017’. The mix album, which is divided into two parts, ‘On The Beach’ and ‘In The Club’, culminates to forty sizzling-hot records from Trance’s finest and is available for pre-order until its official release on August 18. 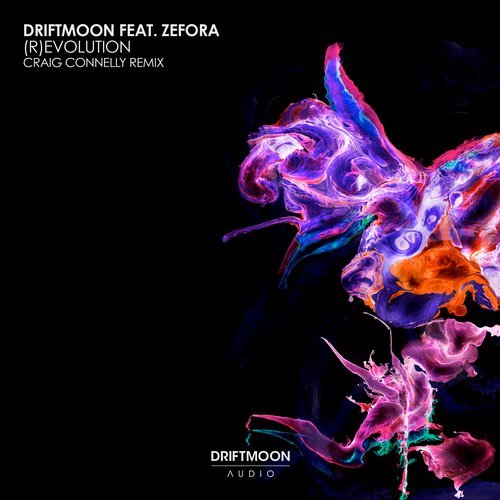 Connelly is undoubtedly a dynamic player in the trance scene. The former Garuda A&R is responsible has produced numerous chart-topping trance singles including tune-of-the-year contender “How Can I”. Connelly’s remix of R(Evolution) keep the essence of the original but takes the track in an entirely different direction. In this remix, the strings and lyrics are taken out but the vocal chants are left in place. The original beat is replaced with more of that classic trance lead ups and breakdowns that can be found in many of Connelly’s tracks. Whereas some remixes only slightly deviate from the original, Connelly did a great job taking Driftmoon’s track and making it his own. Check it out and let us know what you think!

Purchase the track via Beatport HERE! 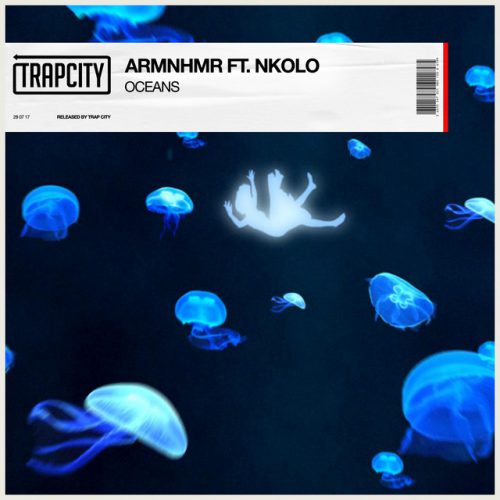 Joseph Chung and Joseph Abella, better known as ARMNHMR, are at it once again with their second release this month, Oceans featuring vocals by NKolo.

The dynamic duo of ARMNHMR has been making music since 2013. They began, as many do, by creating remixes of other songs and really adding their unique sounds to them. Hailing from LA their careers really began to take off with the release of their Infinite EP in 2016. Then after opening for The Chainsmokers late that year, they really began to find not only their sound but the pathway to success. Now in 2017 they want to make this year their break out year and really begin to establish themselves in the electronic dance music industry. You may have caught them at the Heineken House at Coachella this year and if not, I’m sure you will be seeing them on some lineups very soon.

Oceans is a wonderful blend of smooth vocals and synth drops packed with energy. The consistent piano throughout the track gives it a very classical feel and as the sounds build into each other over the chorus you can practically paint a picture with your imagination. For anyone that has experienced an ocean of separation from someone you care about this track will hit you right in the feels. 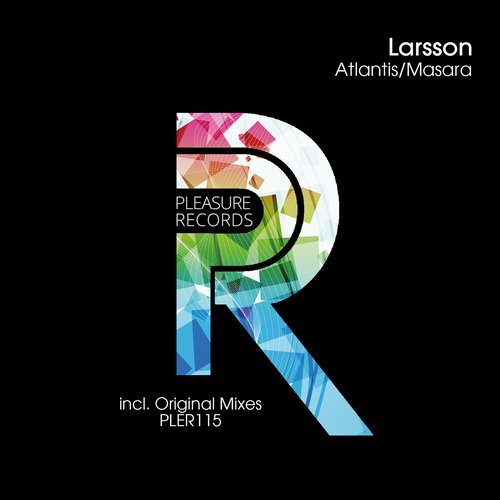 Every so often some genuine gold comes across my desk – and the latest release from Ukraine’s Pleasure Records just laid a bar down on my desk.  The beauty in Belgium-based producer Larsson’s latest two-track release is stunning.

The first track, “Atlantis” is a stunning if stripped back piece.  The groove in the bass line is instantly infectious while the percussion offers up plenty of pleasure for fun under the sun.  A stunning swath of sweeps and pans float on as well – all blending to provide an atmosphere of gorgeous wonder.  Whether you think of the deep oceans or soaring in the sky, you won’t be disappointed with this one.  As a seven-minute journey piece, there is a ton to get lost in.  This is real Progressive House!  Deep, moody, driving, and melodic.  Tasty!

The second track offers a much darker tone and feels a bit less polished in its mix down.  That said, “Masara” will offer plenty to love for those into the Pryda-style sound.  There’s more going on than one of Prydz’s signature tracks, but it hits my ears with such a similar style that I can’t help but wonder where this track found its home.

The Atlantis/Masara EP is out on Beatport exclusive on 24 July 2017, and releases elsewhere on 7 August 2017.  Grab your copy – this one is sexy! 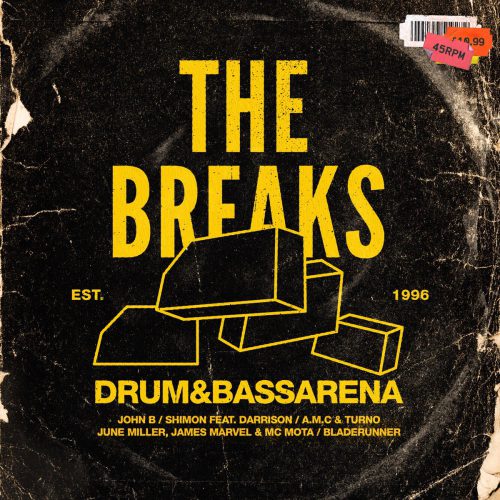 Drum&Bass Arena is no stranger to the genre of Drum & Bass.  They’ve been a label taste-maker for decades now, and it is inspiring to see them back into true taste making via the release platform.  Returning to EP releases in ten years, Drum & Bass Arena is back into the fray with their new five track EP – aptly titled The Breaks EP.

While we could write-up on all five tracks, all very different from each other, I wanted to really spotlight the track by A.M.C & Turno.  “Ice Cold” blends a number of styles into one track – the build pacing tropes of Neurofunk, the first post-break nails down Jump Up, and the second break switches the groove into Fidget House.  The song isn’t just a simple mashup of styles. Instead, it keeps the flow throughout the entire track.  Simply stating – it’s a mover and a dance floor filler. 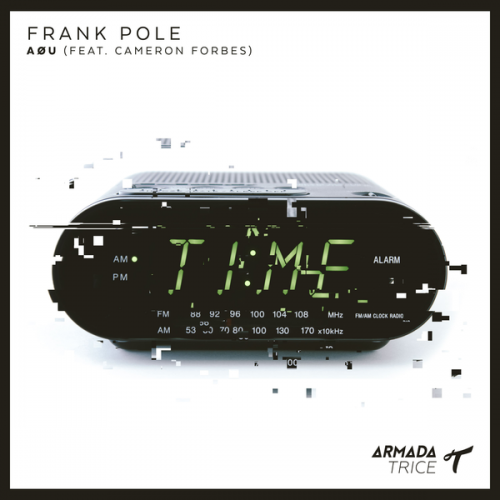 Frank Pole teams up with Cameron Forbes on “Ahead Of Us”

Released on Armada Trice, Frank Pole’s latest track is a great addition to any summer playlist. Gaining serious notoriety since the beginning of his career in 2014, he has impressed many with his remixes and originals. After signing with Armada in 2016 things only have gone up for Frank, as his prior release “Anything” has been a serious success. Now, he has debuted a new track with vocals from Cameron Forbes for your listening pleasure. Check it out!