‘The Raver Stories Project’ To Be Released August 15! 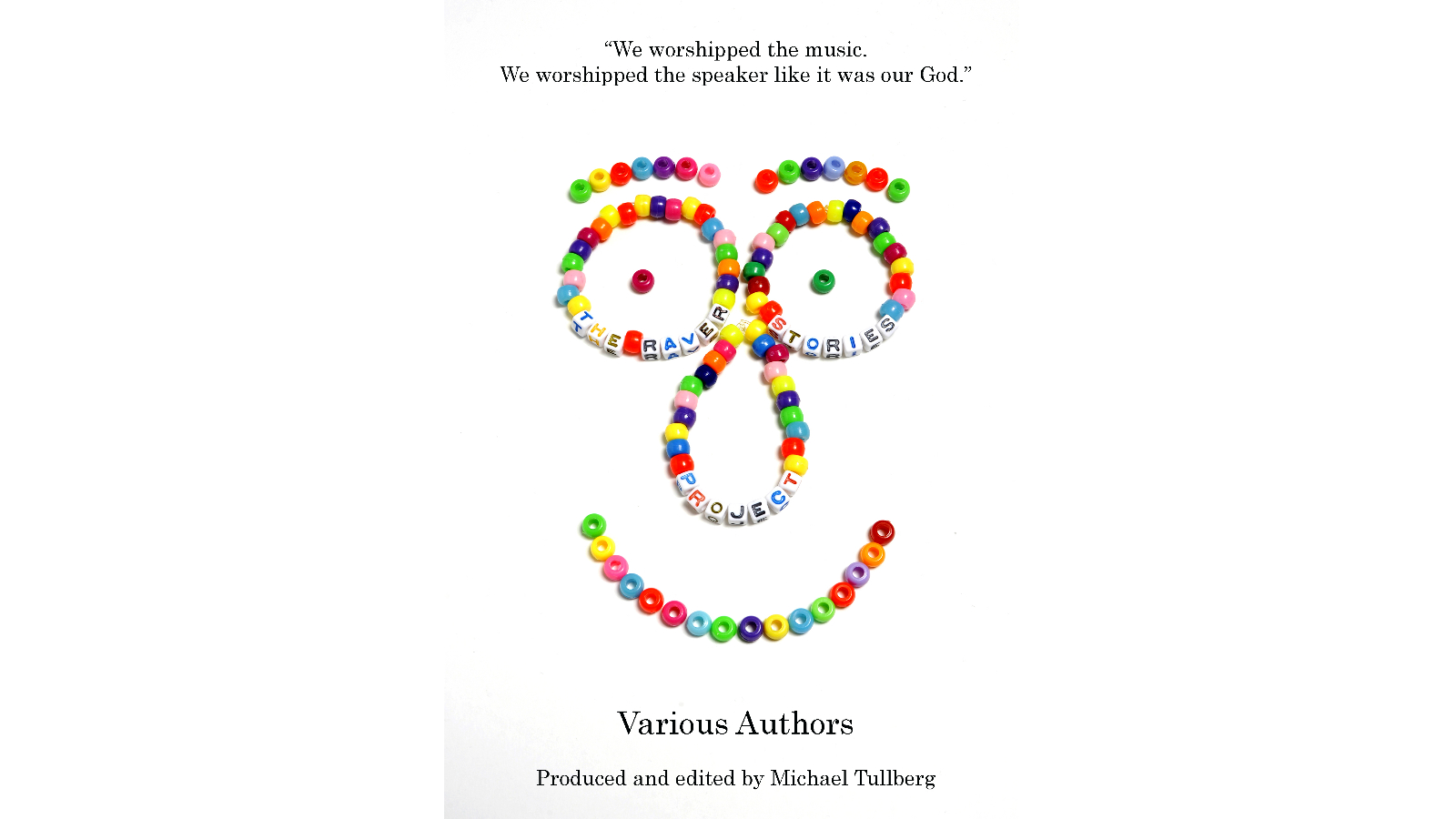 Michael Tullberg’s ‘The Raver Stories Project’ is nothing short of beautiful.

‘The Raver Stories Project’ is available for pre-order on Amazon now, and is set to be officially released on August 15!

Since the beginning, dance music has always brought together people from all walk’s of life and of all races and ethnicities from all over the globe. It’s one of the beauties of this genre of music. Furthermore, one of the most fun aspects of going to events is meeting different people and hearing their stories: how they got into raving, what aspect of dance music do they really enjoy, and even their more personal connections with dance music. Michael Tullberg‘s soon to be released book, ‘The Raver Stories Project,’ is a collection of these various stories from ravers, festival-goers, and electronic music lovers from all over.

Michael Tullberg, the author, has deep roots in the electronic music scene as a professional photographer and raver himself. Having worked over the years for magazines ranging from URB to Mixer, you’ve more than likely seen his work when browsing quality photos from past events. The decades of event photography and personal stories led to the release of his first book, ‘DanceFloor Thunderstorm,’ back in 2014.

We had the pleasure of sitting down to discuss ‘DanceFloor Thunderstorm’ and the scene with Michael during EDMbiz last year. During the chat, he dug deep into his own experiences at events, while also expressing his concerns about the mainstream media and the scene itself. Tullberg’s dissatisfaction with the mainstream media’s perception of dance music and raving spurred him to create a positive view of the scene, and thus brought forth ‘The Raver Stories Project.’

For this project, he sought to gather people’s personal stories and capture the essence of what raving is really all about, so in late 2016 Tullberg put out a call for story submissions for the book. The criteria for submissions was that the stories had to be exciting, transformative, and to really depict raving in its truest light. The response he received from community members was fantastic and from there he began curating these memories for release.

The book itself is composed of over thirty essays and clocks in at over 250 pages long. Within those pages exist some truly inspiring, emotional, and amazing stories that highlight raving from all different time periods. These stories stem from the beginning, when dance music really exploded in popularity, to all sorts of different venues and even specific festivals such as EDC and Burning Man. Tullberg really captures some awesome stories, and of course, there are some photos included too.

Get a taste of what’s inside with these quotes from ‘The Raver Stories Project’:

“When I got back to my classes early Monday, I tried to carry on as if my life had not just been altered forever.”

“At the time, we didn’t realize that we were creating history. We were doing this out of pure love and we were just riding the wave that we helped create.”

“Out of the ashes came even larger parties, with thousands of people seeking the allure of the underground experience, now seductively taboo like the speakeasies of the Jazz Age. Parties now had an element of rebellion against the system that sought to end them.”

“Was this real life? How could this be real? It was like time had stopped, everyone around me had a gigantic smile on their face, and in that moment I realized that I never wanted to leave.”

For more information about ‘The Raver Stories Project’ head to their website.

Connect with ‘The Raver Stories Project’ on Social Media: