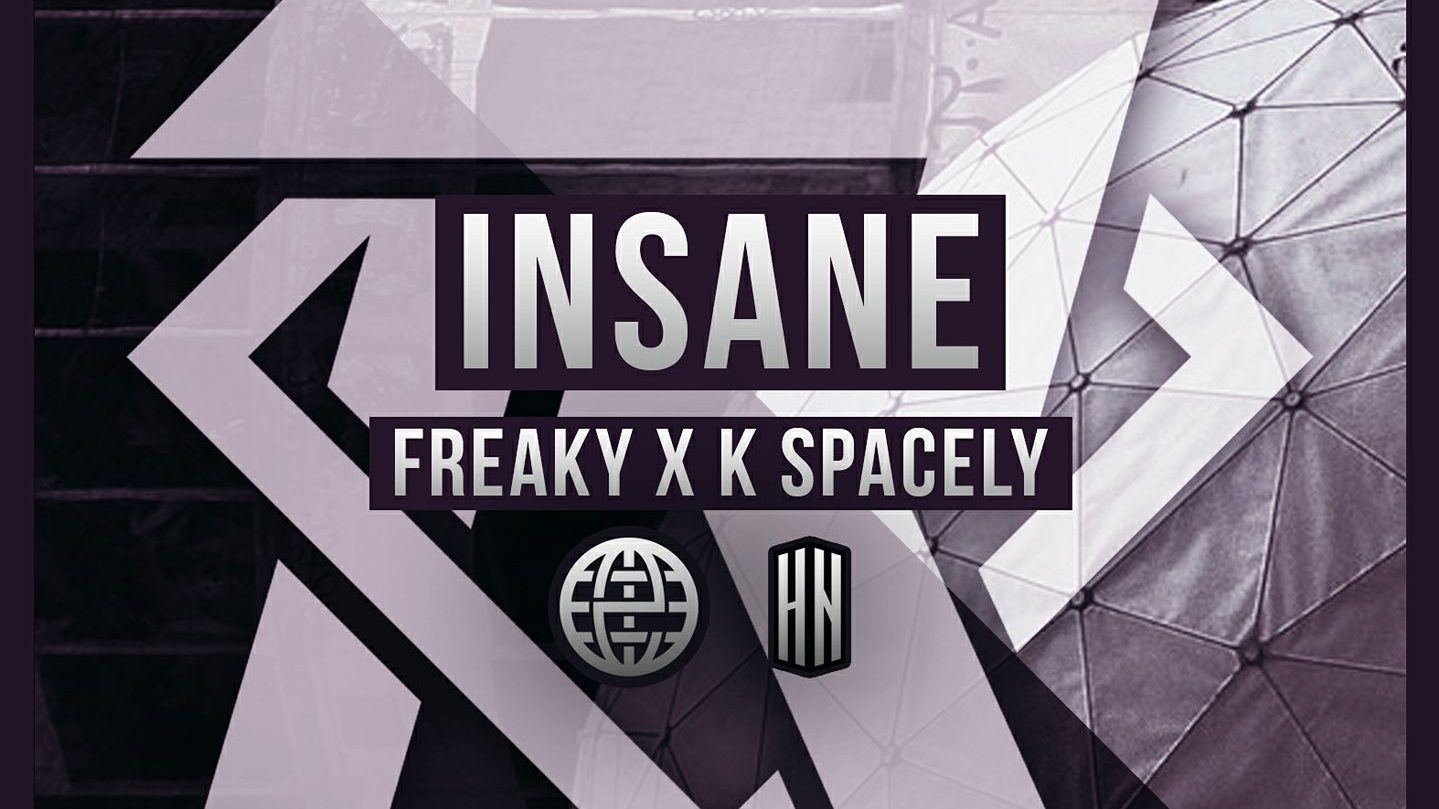 It’s always nice to hear different artists’ take on certain sounds. It’s even more exciting when that artist delves into a sub-genre of dance music that is not normally produced. Such is the case with this new track from K Spacely and FREAKY, “Insane”.

Both artists are relative newcomers to the scene, but they both possess a strong passion for dance music. K Spacely is an Arizona native that has been pursuing music since he was 16. Since then he has dropped a series of songs that have garnered the attention of big names such as SAYMYNAME. Alex Fricke, or FREAKY, resides in North Carolina and has been producing for quite some time as well. He found his unique sound and since then has opened up for Herobust, Slander, and Boombox Cartel just to name a few. Likewise to K Spacely, FREAKY has also been supported by SAYMYNAME, which really tells a lot about the type of product these guys are able to create together!

Both producers primarily create music classified as hard trap, a sub-genre of trap music that has some defining characteristics. These consist of heavy drums that are similar to hardstyle, screechy synths, and a bpm of 140. This style of dance music has caught some fire recently and has a niche group of listeners. I personally really enjoyed the track! I think that both producers have a very unique spin on the hardtrap genre and it really shows within this song. However, I do understand it might not be for everyone – this genre is a very “loud” type of music that isn’t easily consumable. Regardless, for those of you that like hardtrap or bass music this is a definite homerun!

K Spacely and FREAKY’s song, ‘Insane,’ shows both producers talented skills. The track has high energy, heavy bass, and really just makes you want to party. You have to check it out to get the full effect, download it here for free!