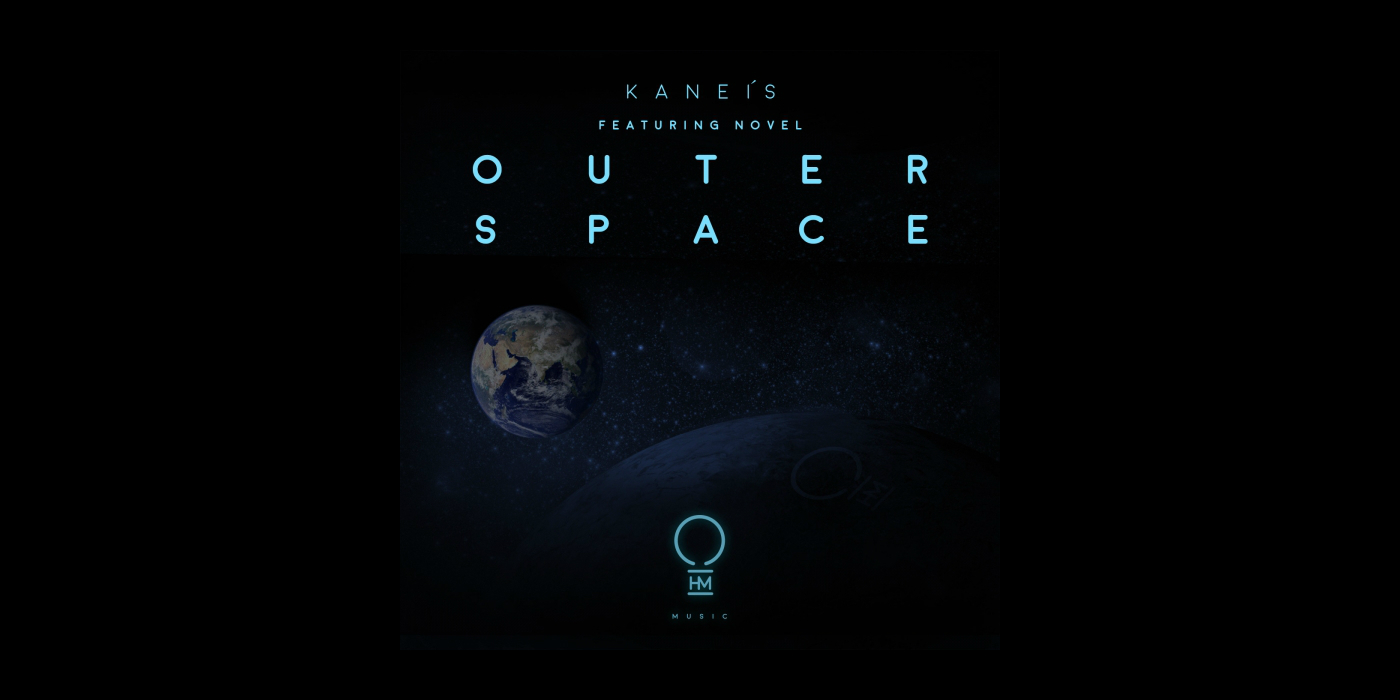 Are you ready to get lifted to the stars?

On July 17, 2017, OHM Music will proudly present a journey of ethereal insanity with Kaneís’ “Outer Space” featuring Novel; a 6 track dance music extravaganza featuring a debut original from the cryptic Kaneís, as well as a slew of delectable remixes that span the dance music gamut from artists that have been setting the production bar incredibly high including OHM Music label boss Omair Mirza, Black Site, David Thulin, Rolo Green, and Lycii & Declan James.

In Ancient Greek, Kaneís translates to “nobody”. A moniker tantalizingly appropriate for an artist who seems to have dropped down from the outer reaches of the universe over night with a history and identity that remains elusive and obscure. But, we all love a good mystery, right? With Kaneís, the road to discovering his true identity begins right now!

Kicking off the debut release, Kaneís bids us to join him on a progressive planetary expedition of sound with the powerful and haunting voice of Novel leading the way.

From first listen, Kaneís steps out to announce his arrival with the future of dance locked down deep within him. The reverberating bassline finds its home among a melody full of gorgeous piano riffs, intensified builds, and detailed sound bytes that drop down from the heavens reflecting an auditory vision of alienistic water droplets sprinkling down from an origin unknown. The perfect backdrop for an artist whose identity is yet to be revealed!

First up on remix duties, OHM Music’s Omair Mirza flips the script with an extended version that blasts off straight out of the gate. This version is made for peak hour insanity with the blended essence of trance and big room dripping from every beat and beautiful crescendo. This one is made for the main stage as the resounding thump of the drum sends listeners into a tailspin of dance euphoria. Black Site answers back with gritty synths, layered with enough power to get those hands reaching to the heavens. With creative twists and turns just as you find your sweet spot within the rhythm, Black Site prepares your body for a glorious release of energy driven mayhem.

Hitting the midpoint of the remix collection, OHM Music’s David Thulin reigns us in with some seriously chill vibes, paying homage to the beauty of dance music with a groovy house-centric flavor, throwing in a sexy saxophone for good measure. Fresh off of his collaborative release with Euphoric Nation on “Destiny”, this remix is David Thulin’s expression of the diverse creative style that he continues to nurture with every new release.

Jumping deep down into the depths of progressive house, Rolo Green serves up a musical dish with flutters of suspended builds simmering over a bold bassline. This is a track that will lift you off of the ground, sending you into a magical orbit that you are not going to want to come down from.

Rounding out the “Outer Space” remixes, Lycii & Declan James join forces on a collaborative firestorm that will send goosebumps from the top of your head to the tip of your toes. Beginning with a melodic trance build suddenly we are met with an 180 flip as the melody dives head first into a synth-soaked bass progression, holding strong with next level layers and power for an extended version that may just be the track that changes the dance music game as we know it.

OHM Music is fast becoming the go-to label for musical delicacies resounding with unique character and next level production quality and sound.

With the emergence of Kaneís, OHM Music solidifies itself as an unstoppable force among the vast array of premier dance music labels with many more outstanding releases from both established and up and coming artists alike, poised and ready to turn up the volume and set a new pace for the evolution of electronic dance music. Stay locked in with OHM Music, as the identity of Kaneís will soon be revealed!