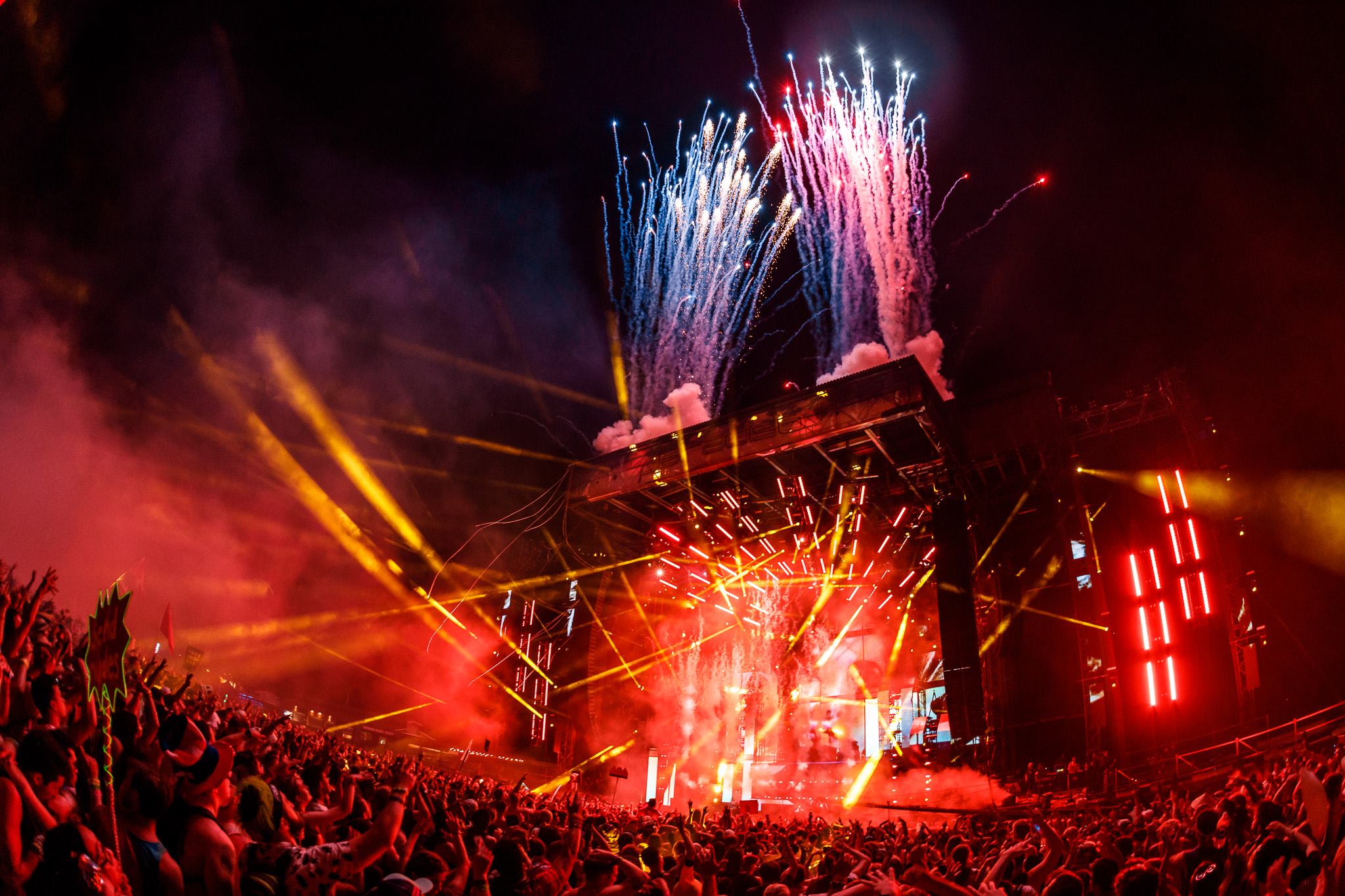 Venturing out to a festival located far from California can be an exhausting journey but going to Paradiso Festival was not one of them. My trip to The Gorge only took a month to plan with awesome friends, and I was excited as ever to be heading to this beautiful venue. Sadly, I had no time to explore Seattle but Paradiso was an amazing two days of music and scenery.

Paradiso offers a beautiful festival background with breathtaking views no matter what time of day it is. Being in the great outdoors of Washington while listening to music from various artists was a nice change compared to EDC Las Vegas the weekend prior. I enjoyed the atmosphere at Paradiso alongside 22,000 other attendees. People were pretty friendly and had zero problems when talking to strangers I met at the festival.

The stages at Paradiso had a simple look to them but when the sun went down, the production was off the charts.

The Paradiso main stage looked fantastic with The Gorge as the background during the day. At night, blasts of lasers and the LED boards stood out in the dark and was visually stunning. Attendees could see the main stage from various areas and levels of the amphitheater, giving everyone a great vantage point. The Wreckage Stage had a unique look to it with DJs playing at the very top of the stage versus being at the bottom. The Digital Oasis stage contained a crazy amount of lasers despite being the smallest stage. I found myself here often to get away from the other stages due to the crowds but still dance and listen to some great tunes.

Out of all of my Paradiso Top Picks, Rabbit in the Moon rose to the top for best acts that weekend.

There is a level of artistry combined with music that is just mind-blowing and powerful. They are not artists pandering for you to “jump” or “clap your hands.” You are sucked in by their show, the art, and the music. Rabbit in the Moon made a huge impression on me that left me changed. I loved how they pushed for the audience to come closer to the stage at the beginning of their performance. The push to get attendees come together at the front created a nice intimate moment between you and Rabbit in the Moon while preventing listeners from hearing the sound bleed in the back of the stage.

One of my favorite performances at Paradiso came from Seven Lions.

I have seen him perform several times over the last few years but combined with the venue and setlist, his Paradiso Festival show rose to the top of my favorite sets of his ever. The music sounded fantastic with no bass bleed, even at the front of the stage. Seven Lions took us on a magical journey through music adding in songs from various genres. His own music selection in the set featured tracks from Polarized to his newest EP, Where I Won’t Be Found. I cried when he closed with “Castles in the Sky” combined with “Worlds Apart.” A Live Nation staff member even came up to make sure I wasn’t in any physical pain. I can’t wait to see him again at the Gorge for his b2b with Jason Ross for A&B Group Therapy 250.

The option to camp made it an easy experience traveling to and from the festival. My group decided to avoid camping at the Gorge so we opted to camp at Wild Horse Campground instead. They had special campground shuttles running between the venue and campground to make it easy to access the festival each day. I would definitely use them again if I make it out to Paradiso Festival in 2018.

Live Nation’s staff at the Gorge definitely made the Paradiso experience better. They were quite thorough with checking IDs before serving any alcoholic beverages or allowing people into VIP areas where alcohol was served. At the front of the stage, they came by every so often to check on attendees and give them water.

The Conscious Crew staff, a harm reduction organization, was present everywhere at the festival. Their bright neon shirts made it easy for them to be found anywhere at the event. I liked how they had spray bottles, sunscreen, lollipops, and other items to help attendees. This was much like Ground Control at EDC Las Vegas or other Insomniac Events.

One of the booths I visited was Karmik, another harm reduction organization that was from Canada. At the booth, attendees could talk to them about the best ways of staying safe, taking care of themselves, safe spaces, and more. I like the work Paradiso staff out into making the event a safe environment. Each stage also had a medical tent close by for a quick response if necessary.

While there was an abundance of help inside the festival, getting in was another story.

On the first day, GA lines to get inside the festival were chaotic and looked like they would take people an hour or more to get through. The Paradiso Guest Services staff did their best to help maintain the growing long line into the festival, but it definitely was a mess. If you’re looking to get inside quickly, I would recommend getting VIP passes next year to avoid long lines for entering the festival.

Other improvements I would recommend are adding lights to entry and exit pathways out of the mainstage. Some of the areas were too dark to walk through safely without the extra help of a flashlight or the flash of your phone. Adding lights to the hydration stations at night would also be helpful to the people refilling water and adding a balloon or beacon to the hydration stations can make it easier for people to find too.

Additional shade structures around Paradiso would have been nice to have in the future. From 2pm to 6pm, I was melting from the exposure to the sun, and there were not many shaded areas to hide. I found myself in the shade with other attendees near the VIP terrace area trying to keep cool. It also wouldn’t hurt for USC Events to unveil their festival map a few days prior the festival instead of just posting it the day before, and only on the Paradiso Festival app. If the festival map and set times pamphlets arrive late on the first day then it can definitely be problematic for some people.

In the end, I would definitely come back to attend Paradiso Festival in the future. The venue and people of Paradiso created such an inviting atmosphere that I hardly thought about going home. Paradiso Festival is worth going if you are not about super tricked out stages and are just looking for an experience with some quality beats and great vibes. You can take it easy and relax at Paradiso, just take in the view and enjoy the music.

The next time you plan a trip for the summer, definitely take a chance this event. The festival sold out this year and I’m betting it will sell out again next year too.