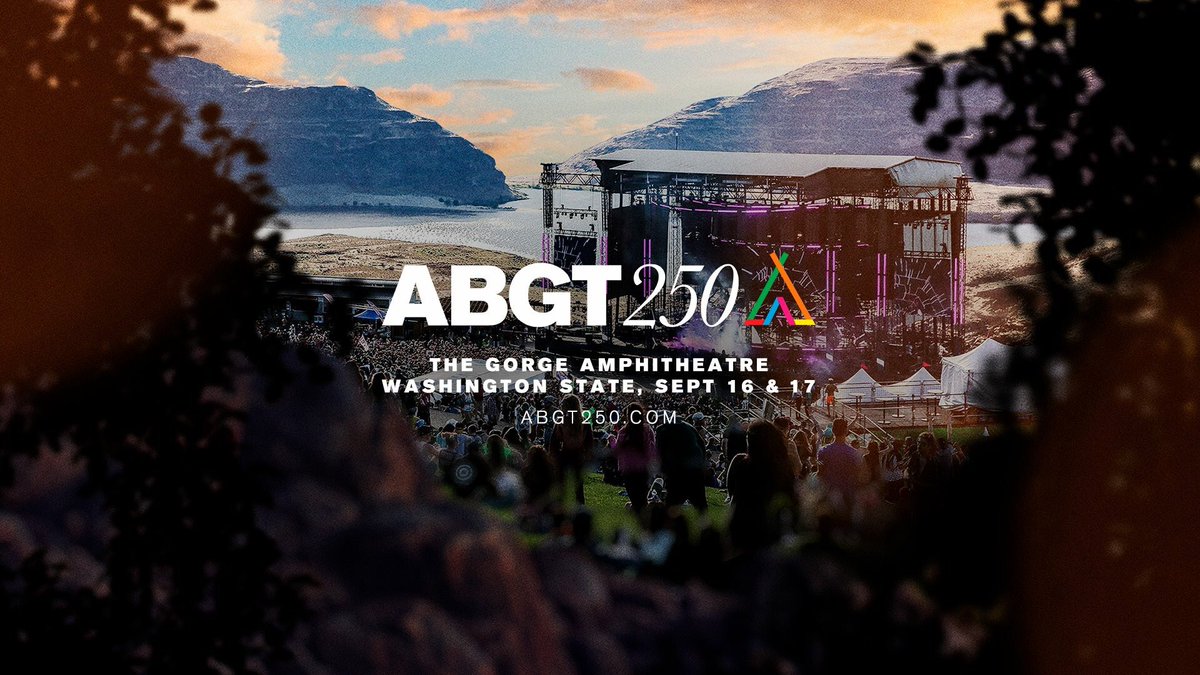 The anticipation has hit its peak as Above & Beyond fans have been waiting on the edge of their seats for the grand reveal of the ABGT250 lineup. Today, the wait is finally over!

Above & Beyond’s Group Therapy events have quickly become one of the most iconic experiences that the trance family has ever known. The group and their Anjuna family have already stunned fans all over the planet with their unique and next-level dance music flavor at locations including Hollywood Bowl, Royal Albert Hall, and even the Sydney Opera House. On September 16 & 17, Above & Beyond will celebrate their landmark episode, ABGT250, at one of the most beautiful locations on the planet, The Gorge in Washington.

This very special dance music camping extravaganza will dish out two glorious days of music, offering up dance delicacies from the likes of artists on both the Anjunabeats and Anjunadeep roster. Camping will be open from Friday the 15th to Monday the 18th. For this first-ever Group Therapy camping experience, it comes without question that the lineup would have to be better than any Group Therapy lineup that has come before! And wow, did they deliver!

Take a look back at the Group Therapy history with a little timeline of past events right here!

Saturday will feature an eight-hour radio broadcast and a global live stream of the event from 5 pm to 1 am, where Jono, Tony, and Paavo will be taking the stage along with some of the biggest names in the trance and dance music scene. This game-changing event is set to go down at one of the most picturesque and breathtaking concert locations that the United States has to offer, delivering a next-level sensory experience and boasting incredible views of the Cascade Mountains and Columbia River.

Sunday will be reserved for the Anjunadeep family, whisking dance music fans into a world where Deep House reigns supreme. The event will take place at a special location tucked alongside the main amphitheater and campsite for an afternoon of chill beats and incredible vibes dubbed Brunch With Anjunadeep. But before the Anjunadeep party even gets under way, it has already been announced that Above & Beyond will laying out the beats for a very special Yoga session led by Elena Brower, the same yogi that took Burning Man attendees on a journey of beautiful introspective peace out on the Playa.

With the lineup officially announced there is really only one thing left to do! Check out the lineup reveal below, grab those tickets, and prepare your body, mind, and soul for an experience that will leave you refreshed, electrified, and in awe of the divine musical power that is ABGT250!

There are still tickets available for Above & Beyond Group Therapy and you are going to want to grab them before they sell out. You can purchase your tickets right here! And don’t forget to grab your camping pass! 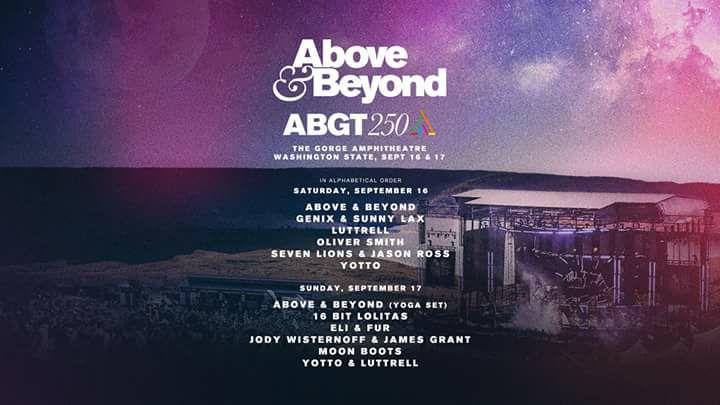 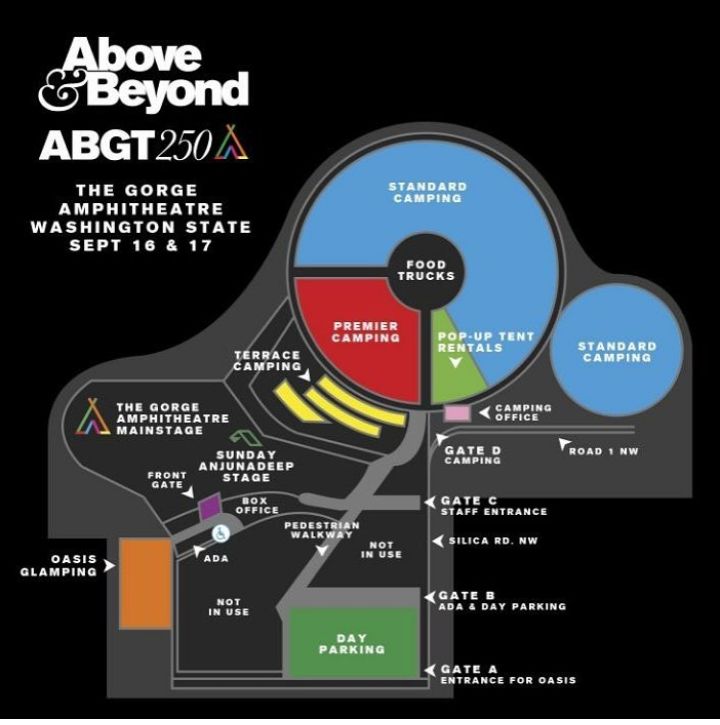 Over their six critically acclaimed studio albums, including their acoustic and OceanLab projects, ABOVE & BEYOND – aka Jono Grant, Tony McGuinness and Paavo Siljamaki – have continually been celebrated for placing real musicianship and songwriting at the heart of what they do. While their famed club mixes have resonated with the dance generation, the songs behind them have touched fans of all ages across the globe. As influenced as much by Jeff Buckley or Bon Iver as they are by their deep love of electronic music, ABOVE & BEYOND’s songs and lyrics have been sung back to them at the world’s biggest stadiums and stages – from Alexandra Palace, to Madison Square Garden, to the Hollywood Bowl, to their famed one million people gig at Barra Beach in Rio de Janeiro in 2007.

Carved high in the basalt cliffs overlooking the Columbia River Gorge in Central Washington State, 150 miles outside of Seattle, The Gorge Amphitheater is widely recognized as the most scenic concert venue in the world. Having hosted world renowned performing artist representing all genres of popular music since 1986, The Gorge has been recognized multiple times as America’s top amphitheater by Billboard Magazine, Pollstar Magazine and The Academy of Country Music. It is the subject of a forthcoming documentary film “Enormous: The Gorge Story” scheduled for release in 2017.

Connect with Above & Beyond: