Are you ready to head back to Nocturnal Wonderland?

Insomniac Events officially announced the lineup today for the 22nd edition of Nocturnal Wonderland. Set to take place at Glen Helen Regional Park on September 15 and 16, this year is sure to impress and the lineup is stacked with Dillon Francis, Excision, and more. This year’s installment will return to an intimate outdoor setting, adjacent to its former home at San Manuel Amphitheater.

While the festival itself has receded from its expansion for the 20th anniversary, we see this as a natural move for the festival to return to its roots. Now Nocturnal will be held over three days total instead of four, which is similar to the dates of the festival in many years prior. Camping is still an option for those of you looking to keep the party going all day and night, and we highly recommend going that route if you plan on attending the festival. The camping experience on its own has been an absolute dream and is a great way to continue to build new relationships with fellow ravers.

As one of Insomniac’s flagship events, going on 22 years, this festival will be bringing with it a quality lineup and plenty of fun additions to the weekend as well. Past editions of Nocturnal Wonderland have featured some amazing lineups too, with artists like Above & Beyond, Kaskade, Lane 8, Big Gigantic, and more! These artists have been backed by quality production that leaves attendees in awe, and fun experiences like the water park and silent disco that is unique to the camping experience!

Check out the lineup below and let us know your thoughts on Nocturnal Wonderland 2017 in the comments! 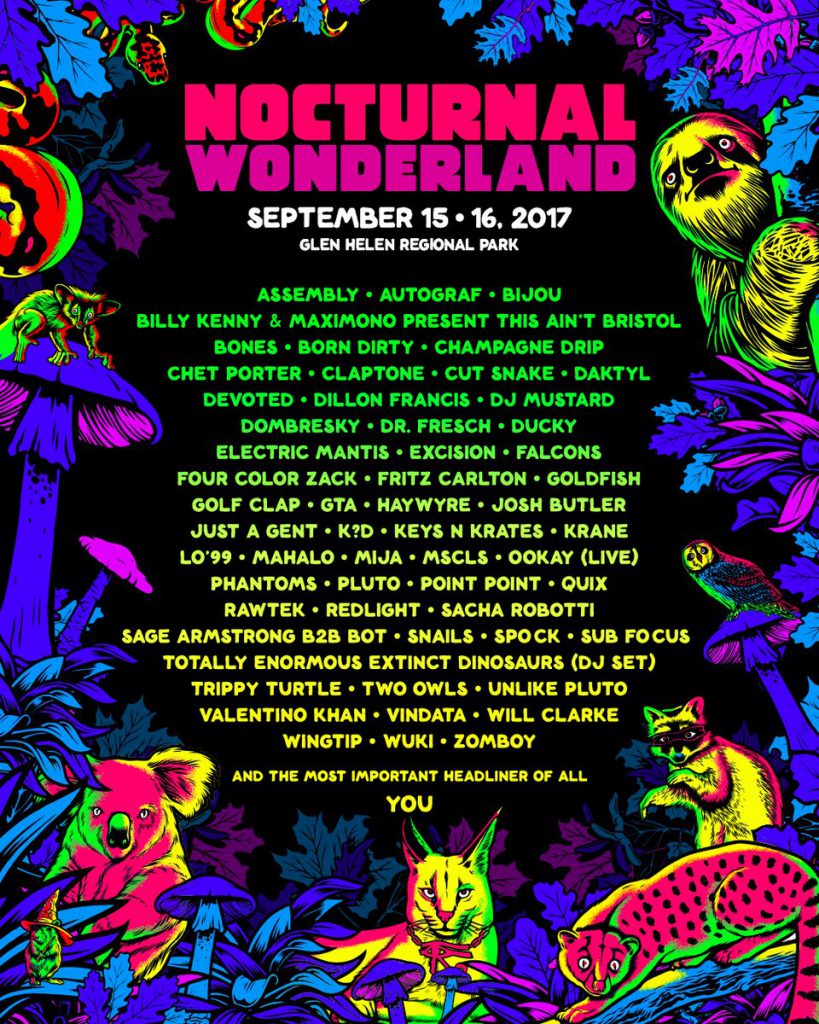 Gather, one and all, for North America’s longest-running dance music festival! A classic favorite among dance fans, Insomniac’s annual ode to the night brings you multiple stages of the best in dance music and cutting-edge production, as well as hundreds of costumed performers, fireworks and carnival rides. We also offer camping! It’s a fun way to extend your experience and fully immerse yourself in the Nocturnal community.