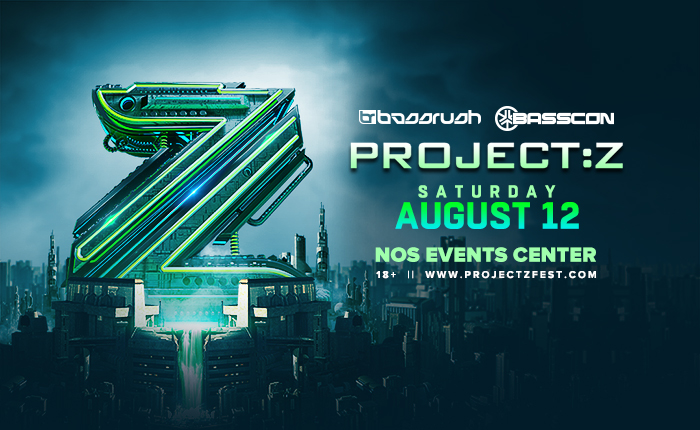 Project Z has announced their lineup for 2017 including Buku, Darren Styles, and DJ Isaac.

Insomniac Events announced the lineup for the Project Z 2017 which is a collaboration between their Bassrush and Basscon brands. Set for July 16th, Project Z is the first show combining the two brands as in the past they have just shared the NOS Events Center on the same night but were separate events. Focused on the heavier genres of electronic music, both brands will be bringing their own flair and exclusive acts to the table this summer.

Tickets to Project Z 2017 are available for purchase HERE!

Since its inception, Bassrush has produced hundreds of events around the U.S. such as Bassrush Massive, Uprising, and Funktion, catering to bass music fans since the early 2000s. The brand has evolved from its strictly drum & bass roots to include dubstep, trap and other bass-oriented genres.

Basscon was created shortly after the massive Bassrush movement, featuring harder genres of dance music while gaining popularity with continuously sold-out events such as Wasteland and Sanctuary. Together, the two have created a bass-centric community of music lovers and tastemakers, uniting all forms of bass styles with Project: Z.