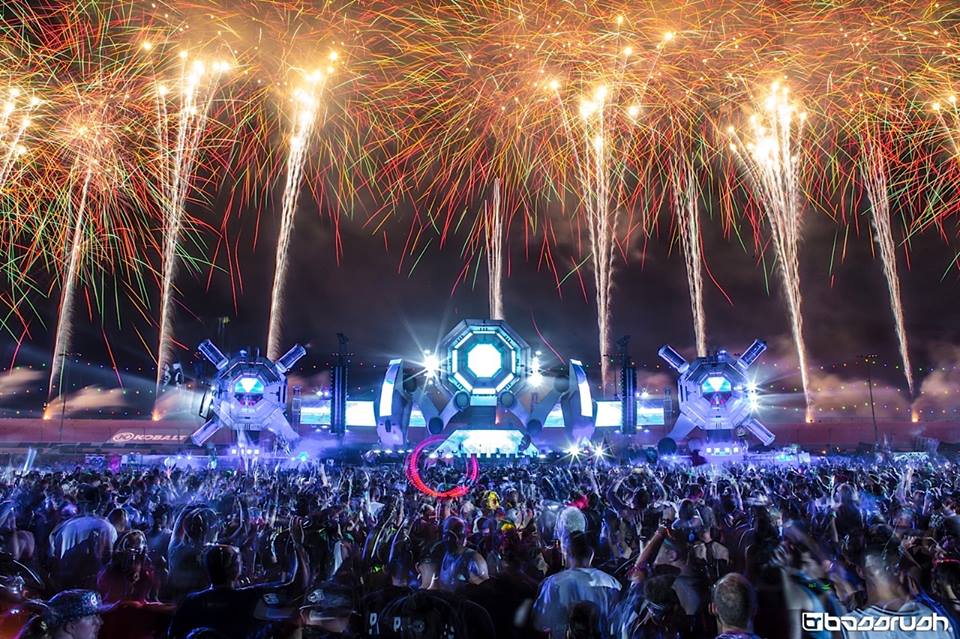 Drum & Bass has long suffered from a lack of proper recognition in the U.S. scene, but that doesn’t mean you shouldn’t check it out at EDCLV!

Over the next few weeks we’ll be putting together a featured series of artists from our favorite genres that you should check out at EDC Las Vegas. We have a lot of ground to cover before then, so let us get a little weird with it, shall we? This week, we’re going to start with a genre that just doesn’t get the credit it deserves – Drum & Bass.

Drum & Bass seems to be the ugly, red-headed stepchild of EDM. No one seems to pay enough attention to it. Why? I have been asking myself this question for months now since my return from Let It Roll Festival in the Czech Republic last year. U.S. festival-goers seem to have this unwavering love for trance, dance, and trap. They vibe to Tiesto and Marshmello, but they have no idea who Noisia is. We know of A State Of Trance, and it has had a religious following throughout its now over 800 episodes, but did you know there was a Noisia Radio, too? Well, regardless your past opinions or predisposition towards D&B, this week is dedicated to all things Drum & Bass, so take a look at our list below. 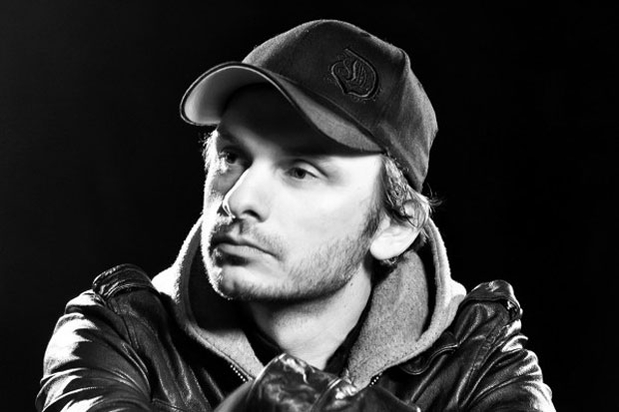 It only seems proper to start off with Andy C, who is widely considered to be the most influential Drum & Bass producer of all time. If you haven’t listened to Andy C before, there is no better place to start your journey into the fast-paced, high-energy world of drum n bass. Hailing from the UK, he has been at it since 1989 and shows no signs of stopping anytime soon. To give you a taste of what he has to offer, it seems only appropriate to feature his aptly entitled track “WHAT BASS“.  It is my personal mission to have you questioning “why we love this music” as the song says, and nothing does it as well as this track by the legendary D&B producer. An upbeat, fast, headbanging good time of a song, “WHAT BASS” is a perfect representation of what drum and bass is and why it has the devoted underground following it does. This is music you DANCE to, music you headbang to, music you jump around to – basically whatever you feel. Because that is the essence of drum & bass: let the music make you feel whatever and feel free to express it as you want and f*** what others think about it! 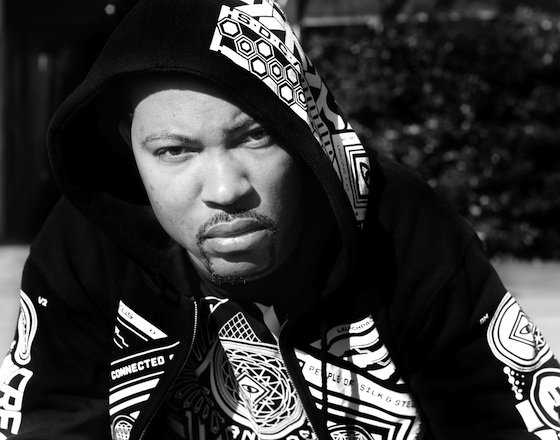 “Early bird gets the same clichés these days…” What a line. Armanni Reign, what an artist and lyricist. I have not gotten goosebumps listening to a hip-hop rapper since I saw Eminem on 8 Mile murder it in that last hip-hop battle scene. David Bruce became a Drum & Bass vocalist in 2000, and for those who are unaware, hype men and rappers go hand in hand with drum and bass like Kanye and Kanye’s love for Kanye. Armanni has toured and worked with some of the best in D&B community, including our first featured artist, Andy C. This dude has won awards from the D&B community on more than one occasion – he’s simply been an outstanding breakthrough within the scene. The song below, “171,” is a full and in-depth demonstration of what you would be in for seeing Armanni and, more importantly, what you should hope to see from any lyricist in any genre. His rhymes tell a thoughtful story that prides itself on its meticulous detail that paints a malevolent subject with no shortage of passion. 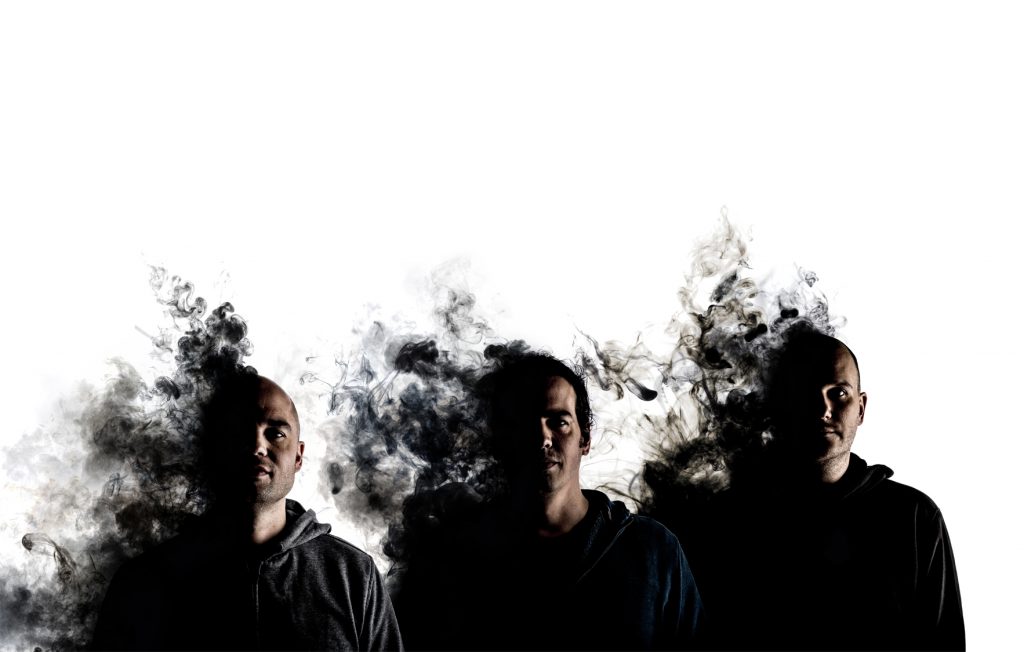 Black Sun Empire released The Wrong Room last month just in time for EDC Las Vegas. BSN is a personal favorite of mine. The trio from Utrecht in the Netherlands has been perfecting their D&B style since the early 90’s. The members include J.M Heyboer, S.M. Heyboer, and R. Verdult. These three have been uber busy, and rightfully so – they are both producing music and creating and managing three different record labels: Black Sun Empire Label, oBSEssions, and BlackoutNL. As such, the name Black Sun Empire name commands respect, and you can clearly see why.

The track I’ve linked below, “I Saw You,” is an easy introduction into D&B as BSN layers many different styles of music over their drums and kicks. “I Saw You” is that perfect collaboration of enticing melodic lyrics over some incredibly heavy dubstep sounds with D&B drum kicks just below it all. Let me emphasize again – the vocal on this track is entrancing. I can get lost in thought while this track is on. It brings the mind to places and recollections, and you cannot help but create a storyline for it in your imagination. This is an artist and song you DEFINITELY want to check out. 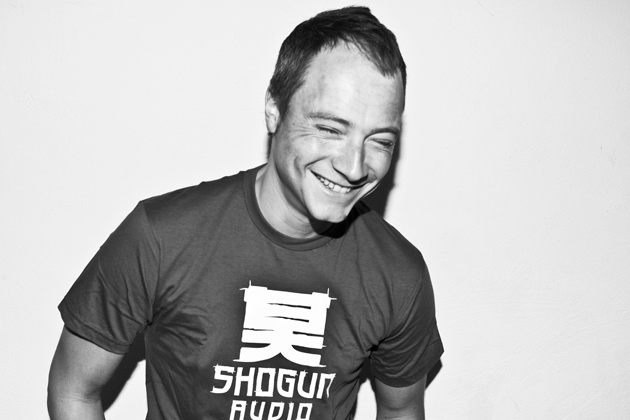 Friction is a good old fashioned UK Drum & Bass artist. The UK is said to be where D&B hails from, and I personally cannot make a case for anything otherwise. Friction is a model D&B artist – the dude truly holds a place in the Drum & Bass Hall of Fame. He has been on the rise since 2000, and in the time, he has made his way all around the world, performing shows and festivals from Glastonbury to Tokyo. Our featured track, “Freak,” is absolutely perfect. It speaks to every part of the senses, and that is the beauty of D&B that I believe the producers and artists truly understand. With Drum & Bass, you can cover every spectrum of sound. Combining dream-like voices with entrancing ambient sounds, then intermingling that with fast but precise drum kicks – that it is art. Friction nails this and so much more in “Freak.” Check it out below.

Okay – for our last artist, let us go back to the basics and check out two DJs that have been in the game for a long, long time – Ed Rush & Optical. This UK drum and bass duo have been producing music since the 90’s, and tend toward more aggressive styles of D&B that feature heavy basslines, fast tempos, and influences from industrial and techno music. The featured track, “Chubrub,” was released in 2009 on Ed Rush & Optical’s Travel to Galaxy LP, and is an example of that epic old school British drum and bass that gets you lost til 7 am. That and, let’s be honest – the name cracks me up.

Oh, and one more thing…

We usually do not do closing thoughts on our segments like this, but for us the music is more than news. The entries we make aren’t just for clicks or internet traffic; this music and community really means something to us. We have memories we’ve made in this community that have been engrained in our hearts – we have met people and experienced moments that we will hold dear to us for the rest of our lives.

Drum & Bass carries a special place in my heart after I experienced Let It Roll Festival in Prague last year. The people I met, the person I went with, the production I witnessed, the memories I made there, the community I met, made me realize one thing: Drum & Bass is not just music. These sounds have formed around a community of die hard, loving fans that I am proud to have met and experienced. I encourage each and every one of you to take some time to head to the bassPOD and see one of these artists. I am confident you will feel what I feel about this incredible genre.