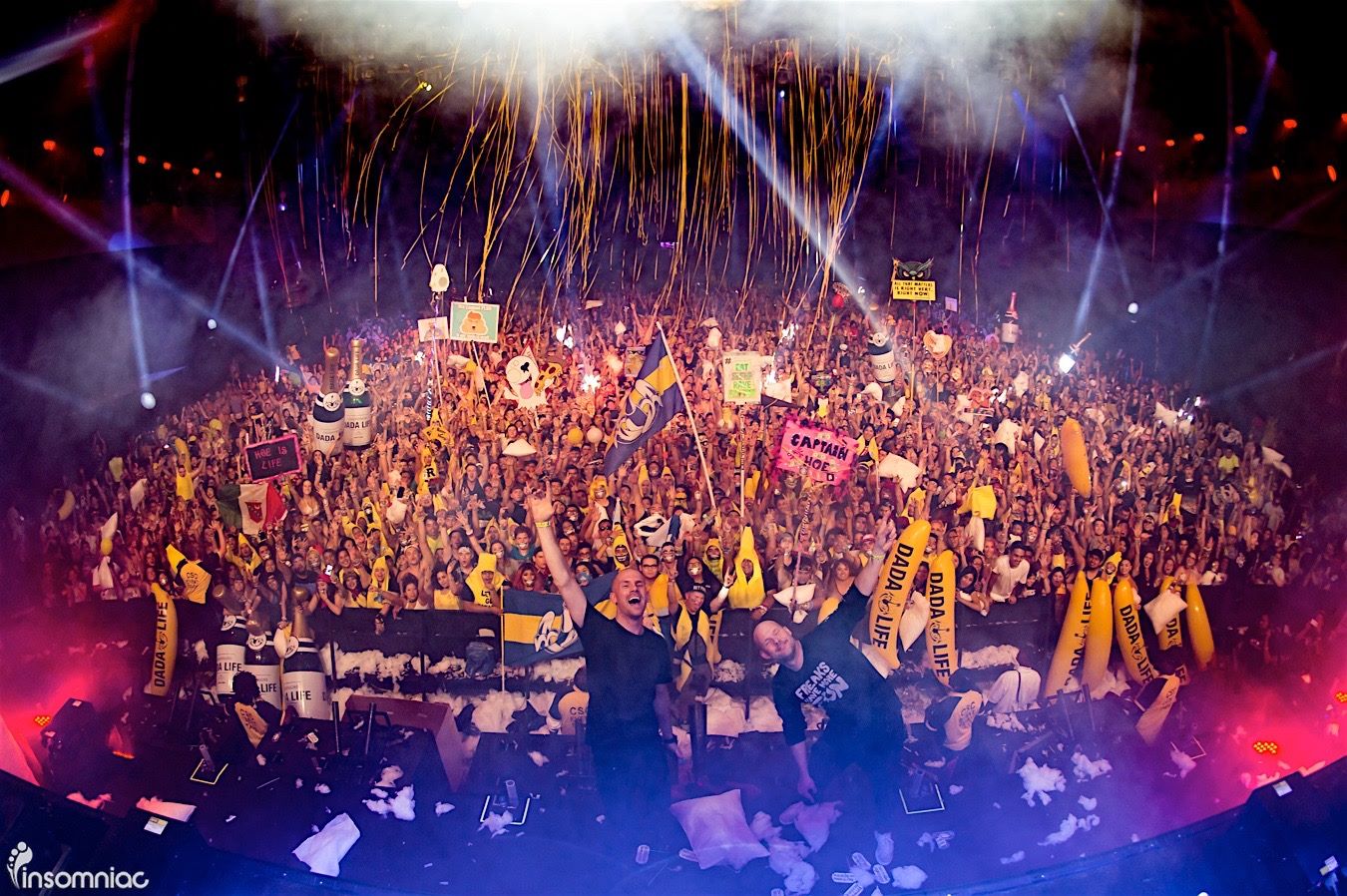 The new stops on The Compound: Evolved Tour includes Chicago for two shows at Concord Music Hall, Houston, Atlanta and Washington, DC on the multi-city extravaganza that unleashes in Detroit on Friday, March 10 at the Royal Oak Music Theatre. The tour also hits San Francisco, Toronto, Minneapolis, and Denver, among other cities, before wrapping Saturday, May 6 in Salt Lake City, UT at Saltair. The Compound: Evolved Tour will feature a diverse line-up of support acts and stacks of activities so stay tuned for an announcement coming soon!

In addition to the newly added tour dates, aspiring DJs can enter to win a chance to perform a 30-minute opening set for Dada Life at their Red Rocks event dubbed ‘Dada Land Before Time’! This will be a very special stop on the tour as Dada Life will be joined with Pegboard Nerds and Slander to deliver an evening of music you won’t soon forget! To upload your best 30-minute mix and enter the contest, click here.

“We wanted to expand and evolve the Dada Land Compound show,” says DADA LIFE. “This time we wanted to focus on bringing the experience into the crowd. There’s going to be lots of new activities in and around the venue–and not just during our set–but from doors opening until the very end. Some things will be easy to find, other’s will be harder. We’re also looking forward to playing a lot of new music that we’ve been working on and getting ugly with all our proud Citizens of Dada Land!”

Tickets for Dada Life Presents The Compound: Evolved Tour are available now! Click here for information and to pick up your tickets! 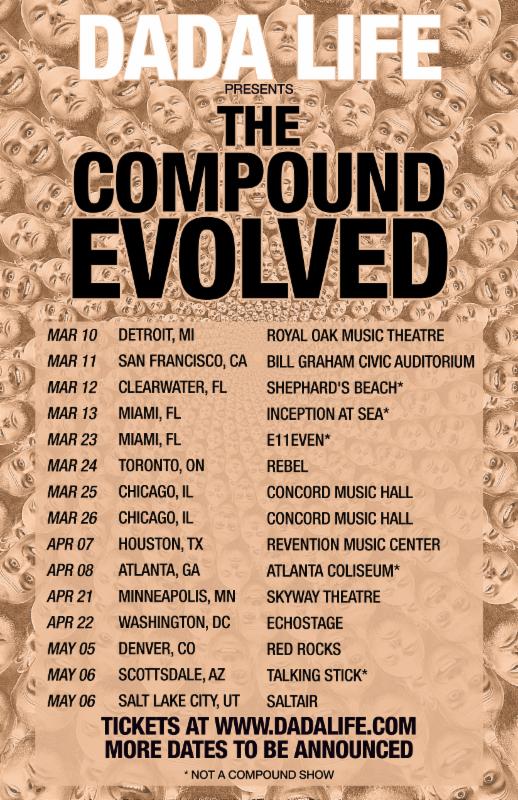 ^ = not a Compound Evolved show

Ever since Dada Life blasted their way onto the scene, they have stood in the forefront as one of the most expressive and wildly playful DJ’s to ever grace the scene. Between breaking the record for the biggest pillow fight on the planet, unleashing life size bananas and champagne showers on their passionate fans, living by the laws of Dada Land which boast a focus on releasing all inhibitions, Dada Life has truly forged an epic path. They have even been known to incite riots in Los Angeles, Austin, and even Miami! People flooded the streets when the clubs couldn’t contain the massive crowds inciting the arrival of riot squads and police helicopters. There are few that can brew up this kind of fan frenzy, making it clear that Dada Life is on another level all their own.

Dada Life’s live successes also include show-stealing sets at the biggest festivals in the world including Ultra Music Festival, Imagine Music Festival, Electric Daisy Carnival, and Coachella. Their last album ‘The Rules Of Dada’ reached #1 on the iTunes Dance chart and Top 10 on the iTunes overall chart setting the stage for more future success and solidifying their place on the throne with the EDM elite. Need I say more? Take it from me when I say that catching a show thrown by the Dada Life musical maniacs will be one of the best decisions you have ever made. Now go get your tickets!!!