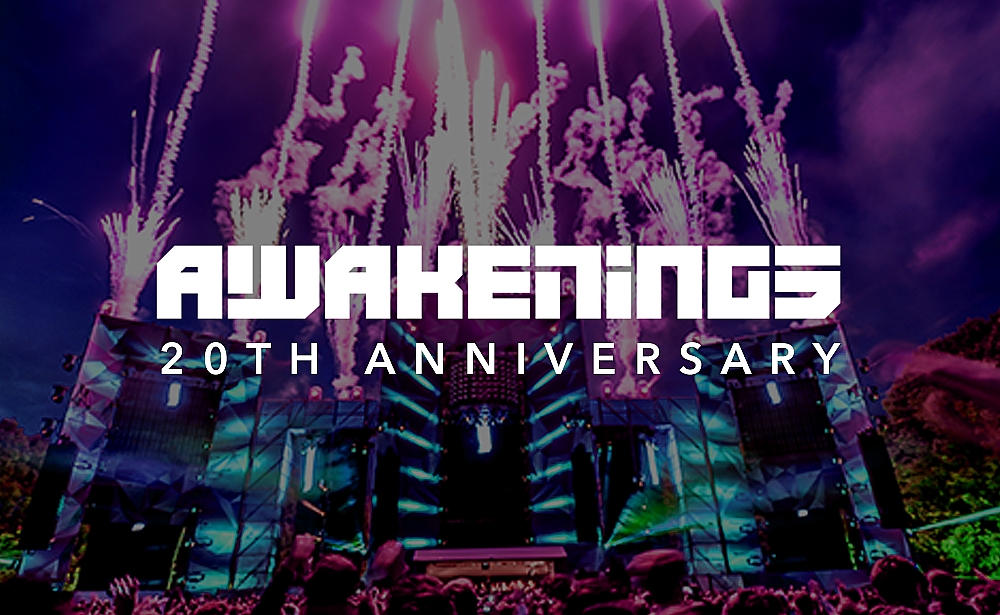 Ahead of Awakenings 20th anniversary, a global competition was initiated to find out what people thought were the 20 best techno tracks of all time!

Awakenings Festival is the highlight of Europe’s techno music calendar and one of the most well-known electronic events in Europe. With more than 70,000 visitors in a weekend, Awakenings Festival is one of the largest outdoor techno festivals in the world! But first, beginning on April 13th, 2017 and running through April 15th, 2017, Awakenings will play host to 5 events at the Gashouder in Amsterdam in celebration of its 20th anniversary, one of which will be a very special indoor day event. Shortly after, but just long enough to get the anticipation brewing, the Awakenings Festival will commence on June 24th, for 2 incredible techno-saturated days in the beautiful city of Amsterdam at Recreatiegebied Spaarnwoude deelplan Houtrak. But before these epic events kick off, a very special competition was unleashed to dive in and connect with fans in the hopes of discovering what everyone is grooving to and to offer up a very special prize to some very lucky music enthusiasts. Voting for the top 100 techno tracks of all time was open from February 1st to February 16th with every voter receiving a chance to win tickets for one of the Awakenings 20th anniversary events.

Tickets for the special 20th-anniversary celebration are going fast, with 2 out of the 5 events already sold out! Don’t waste any more time and make sure to secure your tickets for the 3 available events by clicking here! For Awakenings Festival tickets, click here!

The top 100 tracks will be announced in the book ‘Awakenings – 20 years of techno’. This book, with almost 600 pages, will contain the full top 100 techno tracks as well as numerous interviews with artists such as Adam Beyer, Sven Väth, Jeff Mills, Nina Kraviz, Paul Kalkbrenner and Secret Cinema, anecdotes and statistics of the history of Awakenings and hundreds of photos from events in the Gashouder, NDSM, Rotterdam, Eindhoven and Awakenings Festival. The book is set to be released on April 13 but you can check out the top 20 picks here first!

Out of 16,000 votes from people in 88 countries, this is the Awakenings top 20 techno tracks of all time! To listen, check out the playlist below!

Plan on being part of the celebration? Check out the line up for the Awakenings 20th Anniversary:

Connect with Awakenings via social media: