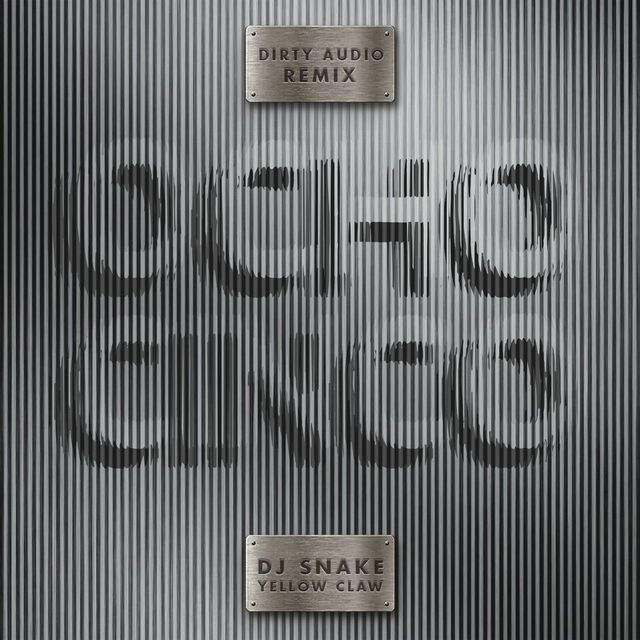 Talk about ending 2016 with a bang. DJ Snake and Yellow Claw released a HUGE remix EP for their hit song “Ocho Cinco.” Originally released on DJ Snake’s album, Encore, back in August, the song has received the remix treatment in a grand fashion. The EP features jaw-dropping remixes from 27 of dance music’s best and upcoming artists.

One of the remixes that stood out to me was Dirty Audio’s take on the track, he definitely delivered on this remix. In a sea of the 27 artists, his production and quality stood out to me the most, featuring a flurry of wild synths and bass that come along with his unique productions. A standout artist of 2016, Dirty Audio is primed for superstardom this year. His collaboration with Rickyxsan, “Gettin’ That,” was released on Mad Decent back in 2016, gained a few hundred thousand plays since it’s release. I consider it to be one of the best songs of the year, and I’m excited to see what is in store for Dirty Audio in 2017.

DIRTY AUDIO Is A Young, Rising Star In The Electronic Dance Music Scene. A Los Angeles Native, DIRTY AUDIO Discovered EDM At The Age Of 12, And It Was Only A Matter Of Time Before It Became His True Passion. In 2011 He Began Producing And Has Gained Rapid Support Ever Since.

In 2012, DIRTY AUDIO Began Touring, Playing Sold Out Shows Across The US, And In 2013 Began Touring Internationally. Fusing Electronic Elements With Hip-Hop, DIRTY AUDIO Has Gained Support From Artists Such As Diplo, Deorro, Carnage, UZ, Flosstradamus, Adventure Club, Krewella, Sidney Samson, Dillon Francis, Steve Aoki, DJ Snake, And More. A Sol Republic Savior Of Sound, Popping Up At #2 On Billboard’s Next Big Sound, Charting Well Into The Beatport Hip-Hop Top 10, And Releases On Dim Mak, Ultra, CR2, And More Are Just Naming A Few Of DIRTY AUDIO’s Recent Successes. These Along With DIRTY AUDIO’s Growing Popularity, There Is No Doubt Of The Bright Future In Store For This Young And Talented Artist.