Zeds Dead & NGHTMRE Take Us To The “Frontlines” 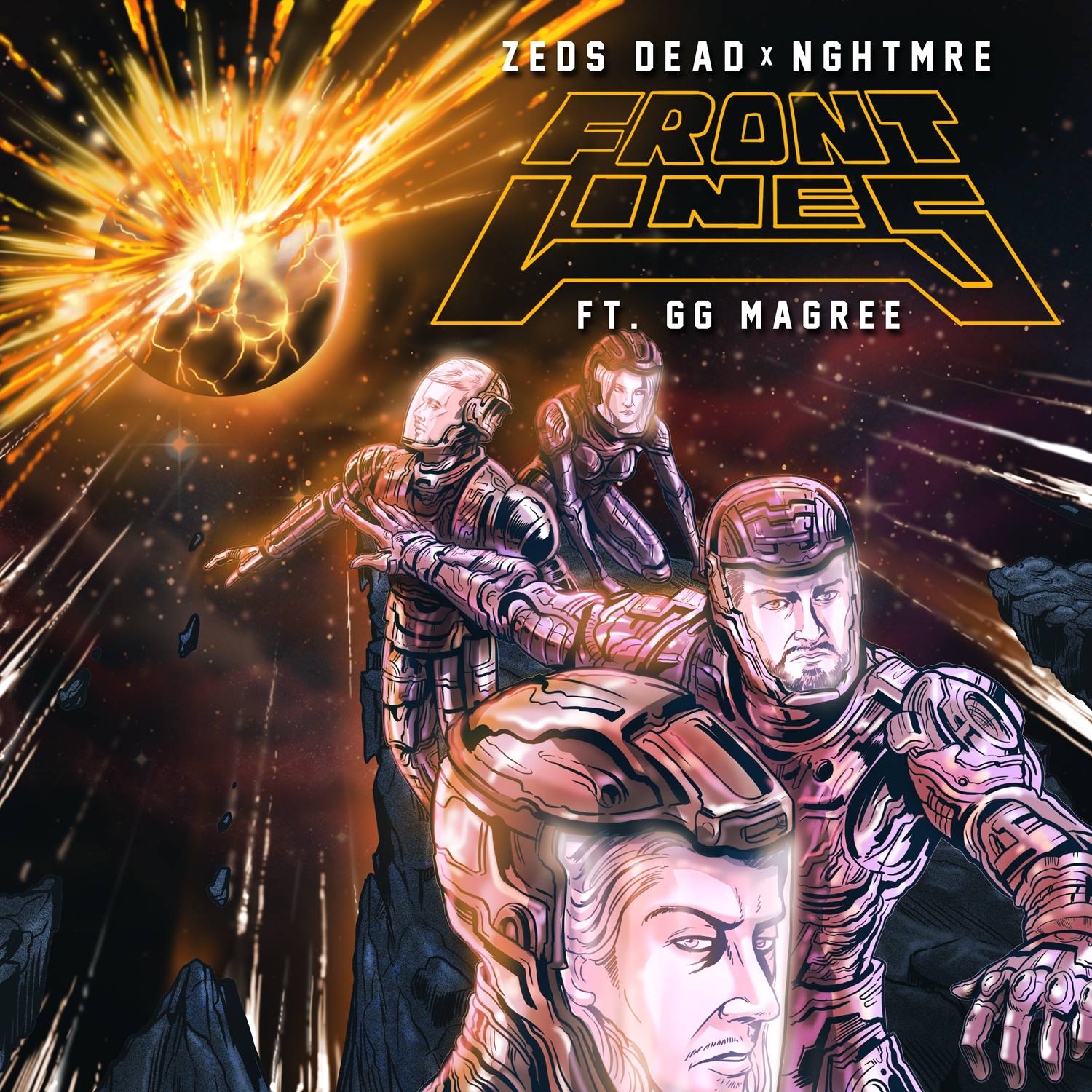 “Frontlines” is a perfect combination of Zeds Dead and NGHTMRE!

Between playing live events and surfing the current bass sound, Zeds Dead and NGHTMRE have teamed up to bring electronic music fans the newest addition to our trap playlists, “Frontlines.” This track promotes the slow resonating high-pitched vocals by GG Magree and a build in that moves into a sensational rhythmic combination of dirty baselines. “Frontlines” comes as a precursor to the two tours and adventure that the two artists are about to take on as they feed the unquenchable search to run the trap.

Purchase or stream “Frontlines” on a variety of mediums HERE! After wrapping the much anticipated “Dead Rocks” at Red Rocks Amphitheater this past summer with Rezz and NGHTMRE, Tchami, Lil Dicky and Pusher and a jaw crushing performance at Spring Awakening Music Festival in Chicago. Zed’s Dead is about to take off on HARD’s Austraillain Tour with GTA, Ghastly and The Northern Lights Tour to promote the new album. It seems Zeds Dead is finally giving fans exactly what they want, a debut album. The Northern Lights album is said to feature: Diplo, Pusha T, Rivers Cuomo, Twin Shadow, Elephant and Jadakiss. The album is due this fall on Zed Deads own label Deadbeats.

When asked about the track, Zeds Dead commented:

“It was one of those crazy studio moments were everything just fell into place. We had already been sending this song idea back and forth with Tyler (NGHTMRE), mainly trying out different sounds and what not, then he came through and we all thought it deserved a vocal so we began testing out different ones that we had from previously scrapped ideas. That’s when Tyler got an email from a vocalist & DJ he had met on his Australian tour named GG MAGREE. The vocal wasn’t written to the song but when we tried it over it worked perfectly and took the track to a whole other level.” NGHTMRE is back with another seamless track that features his sound and gives life to music within the genre of “Heaven Trap.” With help from genre friends “Slander” he sold out two back to back dates at the Hollywood Palladium, and it about to head out with Slander again on the “Gud Vibrations Tour” featuring dates across the United States through November and December. This weekend NGHTMRE is also headlining Sundown Music Festival in Huntington Beach, California alongside: Shaun Frank, Tommy Trash. Saeed Younan, R3hab, Wiwek, Ashley Walbridge, AWOLNATION, Erick Morillo and more.

NGHTMRE gives his insight on “Frontlines”:

“The chord progression for this track really stood out to me and I immediately wrote some ideas for vocal chops and arranged the tracks. A few months later we met up in LA and got in the studio to lock in the main idea and find a vocal. I originally pictured a track between us to be a bit heavier, but once we wrote these melodies and vocal chops I really fell in love with the emotion of the track.”

Connect with NGHTMRE on Social Media: