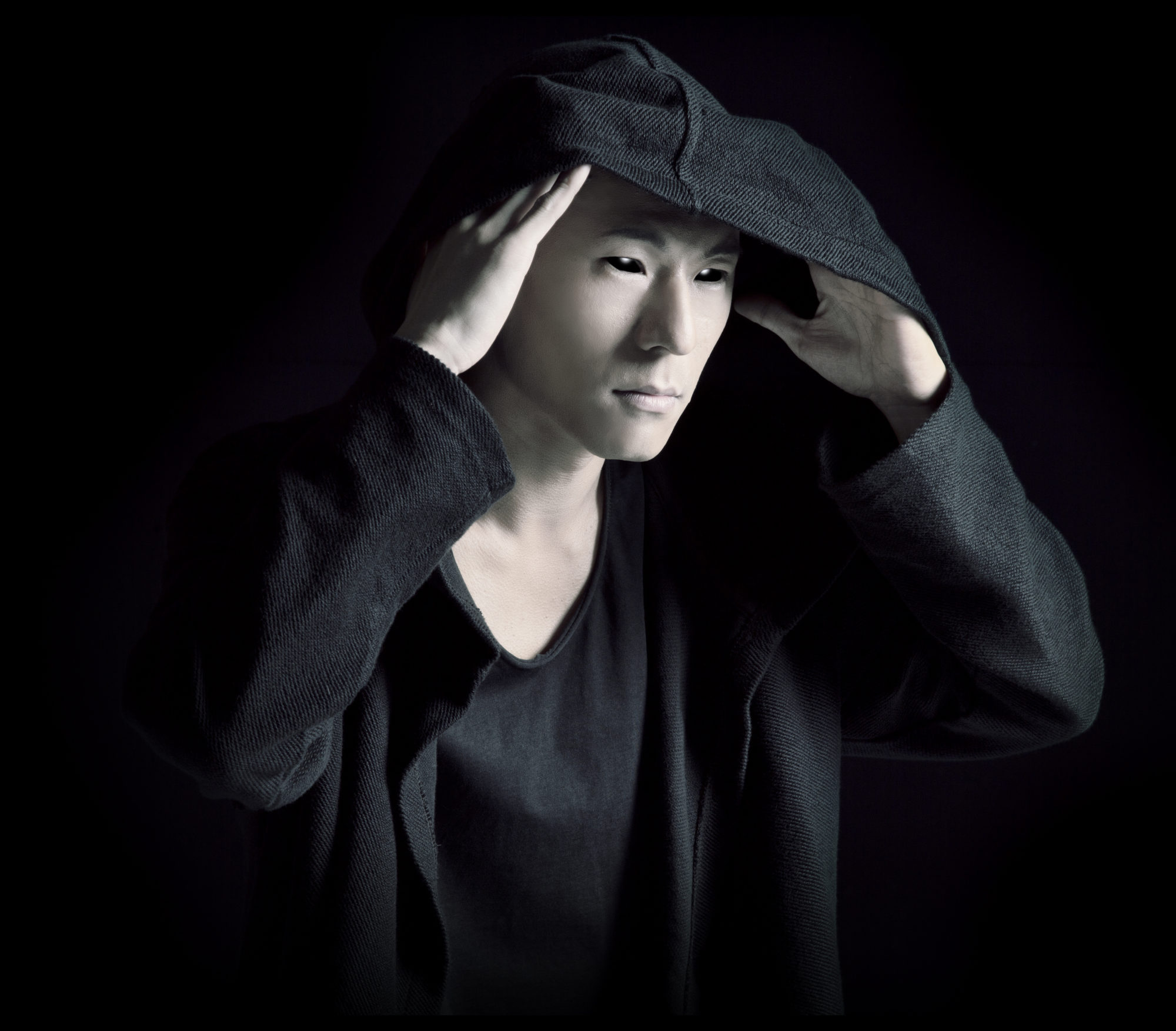 Juheun. That is the name of an Arizona based techno DJ and producer that is well on his way to super stardom. I mean, with inspiration stemming from Nicole Moudaber it’s no wonder that his beats are full of intensity, creativity, power, and energy. A music lover through and through, Juheun has dedicated his life to spreading the word of techno, including tech house and minimal, in both the underground and the mainstream circuit. Inside the studio Juheun is a beast. His latest release comes in the form of his ‘Acceleration’ EP and if you are a fan of everything techno then you have to check it out. But for now, sit back and relax and get to know Juheun, the scene’s next techno kingpin!

I grew up in a music loving household. When I was younger, my Dad was always blasting music in the house on his massive hifi stereo system, and my parents would always have parties where they would rock the Karaoke machine all night with their friends. I learned to play piano when I was 11 years old, and my love for music grew from there. When I was in high school I was asked by a girl at school to attend a party over the weekend. I had a little bit of a crush on her and at the time I was very shy to say the least. I ended up eventually saying yes and she took me to my first “rave”. I still remember it like it was yesterday. That night changed my life forever. It was nothing like I’ve ever witnessed before. I was shocked to see how much energy, freedom and positive vibes were being encouraged by everyone there, and of course the music. I couldn’t believe what I was seeing and hearing.

At the time, dance music wasn’t a thing yet in the States, at least not in my town. It was an era where everyone would just call it “Techno” unless you were in the scene and knew what was up. I was into alternative rock, hip hop and pretty much anything else my friends were listening to and what was being played on the radio. The internet was still kind of new…and websites like Napster and Limewire were just starting up… so my options at the time were kind of limited. So this was a total game changer for me. Bad Boy Bill and DJ Dan were on the lineup and I had no idea who these guys were and where they came from. That was my first time ever seeing a live DJ spin outside of seeing hip hop DJs on TV and hearing them on the radio. That night I danced till I couldn’t stand anymore, stood by the speaker all night listening to house music that I had never heard before and watched the DJs keep the entire room engaged the whole time. Immediately after that crazy night, I went out and started making plans to jump into the world of DJing.

Overall I would classify it as modern techno with a hint of tech house and minimal. I love all things revolving around technology, space, science, and you could call me a bit of a futurist. So I try and incorporate that into my music. I’m always thinking, “what would my music sound like traveling through space”, or playing against a sound track for some futuristic sci-fi movie. In the studio I try and find a good mix between analog and digital sounds and a lot of that inspiration comes from all the sci-fi and futuristic technology stuff I’m into. Even though I work mostly in the box, I love to play around with real knobs, faders and buttons, and of course nothing sounds like actually recording down a real analog synth or drum machine!

You got your start in 2009 in the Arizona techno underground scene. What is it about this scene that you love most and how do we keep the underground alive as electronic dance music popularity continues to grow?

Arizona isn’t necessarily the mecca of underground dance music by any means. However, surprisingly we do have a very strong electronic music scene in general. Some of the best parties I’ve been to and played at have been right here in Phoenix. Every year Arizona seems to gain a little more steam and things continue to move forward and grow. In an effort to push the underground scene forward here in Arizona during the rise of EDM in America, I began throwing techno events called ‘Circuit’ with two of my good mates Michelle Sparks and Dan Lunsford. It’s been 5 years since we started throwing these parties, (we’re actually celebrating our 5 year anniversary in a couple weeks), and they’re still going strong. In my opinion, it’s events like this that help keep the underground scene alive. 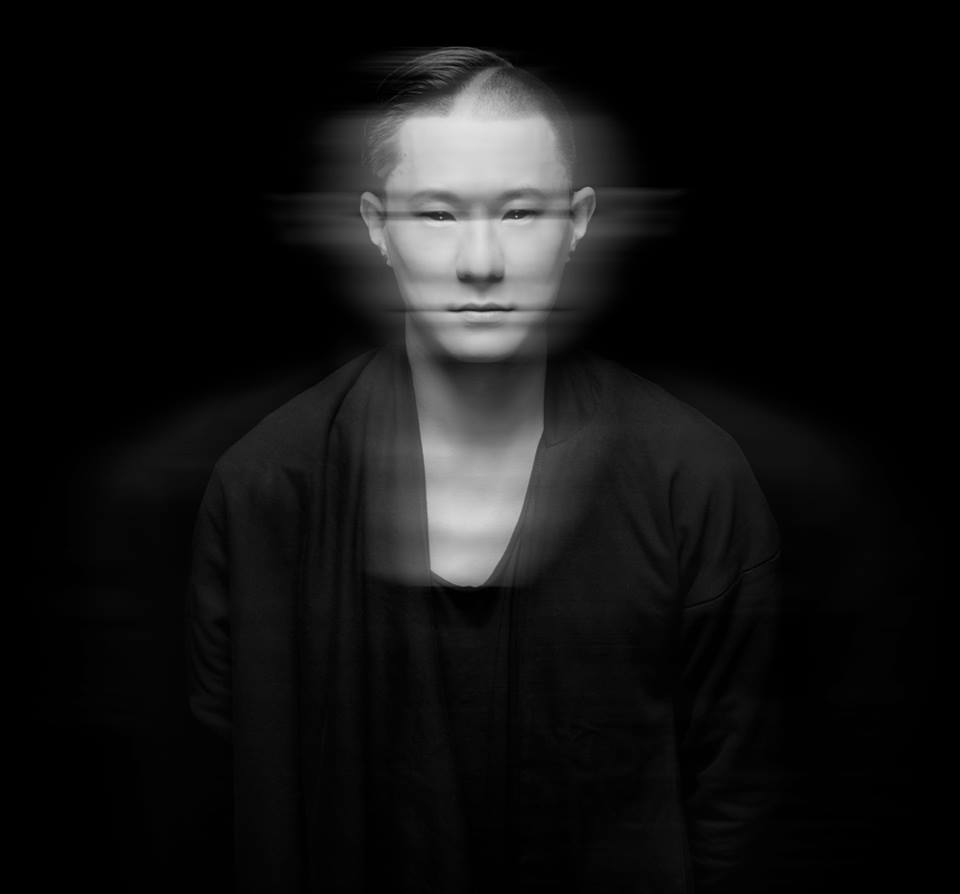 Wow, *laughs* that’s a tough one. There’s so many artists that I look up to, and I’ve been fortunate enough to be able to play alongside some of the biggest artists in the industry. But if I had to choose just one… I would say that Nicole Moudaber would definitely be at the top of the list. I’ve always loved her productions, and her stage presence and vibe are so unique to her that the moment she steps up on stage… you can tell shits about to go down.

I think that would have to be recently when I was invited to play for the Octopus Showcase after party at this year’s Movement Detroit. One of my biggest goals was to one day play on an Octopus party and I finally got that chance. Honestly though, I know this may sound cliché, but every event I play it ends up becoming my favorite. Every time I step into the DJ booth, I’m always counting my blessings thinking “wow… this is amazing… I can’t believe people are dancing to my music right now…” I always walk away after my set just like it was my first time DJing, that same feeling of excitement and the rush hits me every time.

I think besides the music, the culture, and the vibe, it’s the people who work day to day to keep this scene alive and thriving that really moves me. Yes of course the music is the main attraction, but I’m always encountering so many unique and hardworking individuals in this scene and industry that I feel like it’s my obligation to work just as hard and if not harder. It’s not just the people behind the scenes either, but also the people who go to the events and do what they have to do on a daily basis to support their love for the music and the artists. That’s what really resonates within me every time I step into the party.

Michael Jackson, Tribe Called Quest, and Wu-Tang clan. *laughs* When I was growing up, one of the first album covers I ever put my hands on was Michael Jackson’s Thriller. I would sit for hours listening to my Dads copy of it. Eventually I got my hands on some of his concerts on VHS, and I would watch those tapes over and over, analyzing every dance move and beat. I was obsessed. Lol. Even though the guy has a bad rep, he was a musical genius, and his entire catalogue all the way from the Jackson 5 to his recent stuff is incredible! As far as the hip hop is concerned, I have a soft spot in my heart for all that stuff. I often find myself listening to 90s hip hop and R&B when I’m cruising around in the car or when I have a moment where I’m not getting ready for a gig or in the studio working on music. I think it’s important to have a wide range of musical interests not only to get inspiration from, but sometimes just to sit back, let go and let music do what it’s supposed to do.

If techno didn’t exist what other genre of dance music could you see yourself producing?

I think if I wasn’t producing Techno, I would probably still be doing something in the electronic dance music realm. Not sure exactly what, but I know I definitely wouldn’t be leaving it behind that’s for sure.

What is the craziest thing that has ever happened to you at an event or on the road during your career?

I think my parents friends are reading this interview, so you will have to wait for my autobiography *laughs*.

Which do you prefer more: Producing or DJing? And why?

One of my friends first introduced me to electronic music around the time I attended my first party. She was a coworker at the time and during one of our lunch breaks we were chatting and she mentioned how much she liked my car lol. We started talking about the sound system and how amazing it was. Well, that led to her suggesting we go check it out, and she brought some music with her. The first CD she popped in was ATB and the first song she played me was “9pm (Till I come)” Yeah I’d heard dance music before… but this was the first time it actually resonated with me and the first time I heard something that wasn’t just some random cheesy dance remix or “Techno”. As I stated to get deeper into the scene and the music, I started to discover guys like Hawtin, Sasha, Digweed, BT, Paul Van Dyk, Deep Dish, and down the rabbit hole I went…

My favorite event to attend each year is Amsterdam Dance Event (ADE). The first year I went was in 2012 which was also my first time in Amsterdam. The entire week is so organized and there’s so much to do during the conference, and of course at night. The parties are top notch. You can find everything from massive stadium type of events at the Gashouder, or step into something a bit more intimate at any of the shows held at pretty much every single club and bar out there during the week. It has a very different vibe than Movement or Miami Music Week. I think it has to do with the people who attend and the amount of industry it attracts over all. It’s a must if you haven’t gone yet. I haven’t missed one since!

Pistachio Gelato is my go to if it’s around, but you can’t go wrong with plain old Häagen Dasz Vanilla Bean.

Connect with Juheun on Social Media: