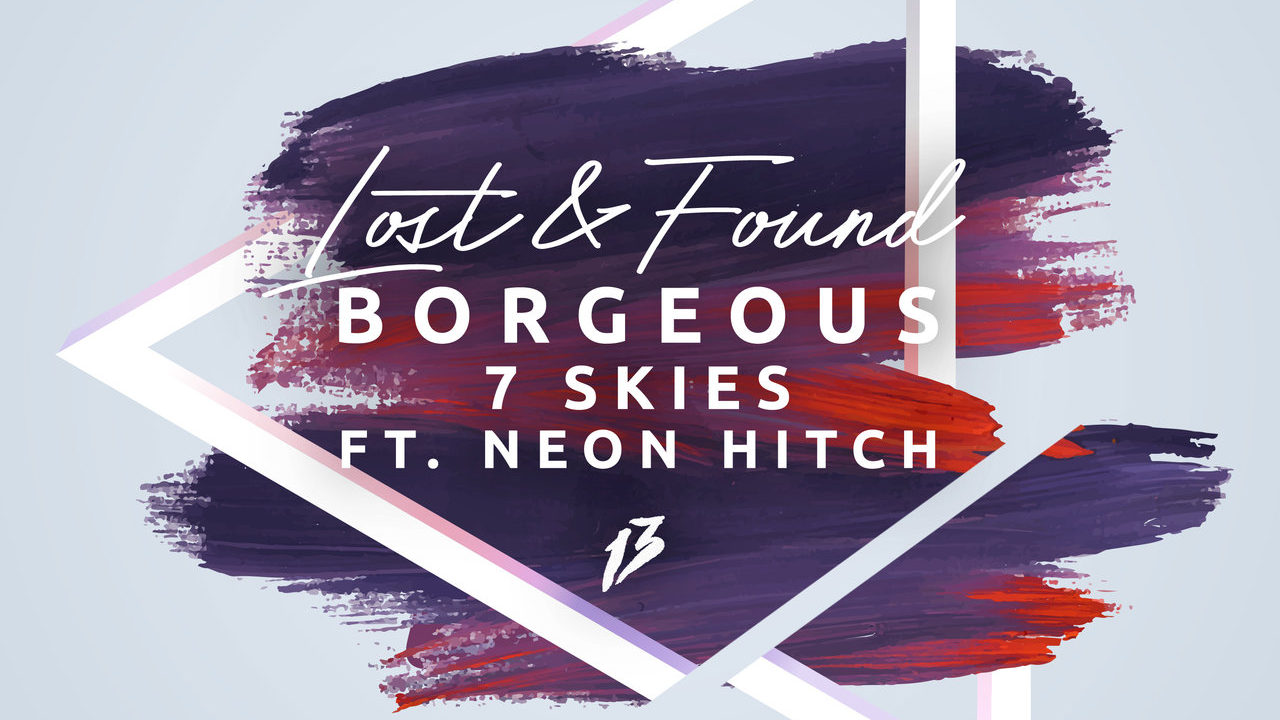 Borgeous is traveling full steam ahead towards the release of upcoming album ‘13‘ on August 13th with the recent release of track “Lost & Found“. A collaboration with 7 Skies, the track features vocals from Neon Hitch and is sure to please anyone who loves some more uplifting bass music. It seems as if Borgeous is planning on having an album that has a few different sides to it, as this track fits perfectly alongside the previous releases “Ride It” and “Wanna Lose You”. A trap beat that is definitely lighter than most is prevalent and it almost reminds me of a tropical feel overall. This is a departure for the last track he released, “Savage” which featured a much more aggressive style of future bass. I cannot wait to see how this album fully plays out, and definitely would love to hear more vocals out of Neon Hitch! Not only did Borgeous drop this track, but also released an official music video to bring it to life. While the video starts out serene, the drops of the song bring the party with them as well. Each buildup is met with the anticipation of which dancer is going to show off his or her best moves next. Check out the video below!

Want to stream the audio for “Lost & Found”? Click HERE for SoundCloud or HERE for alternative streams!