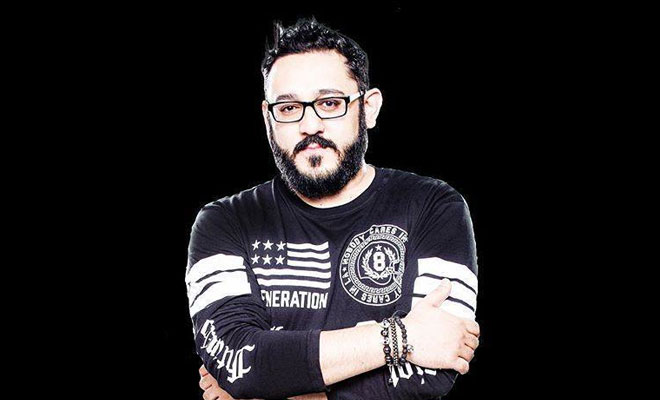 Attention all you “Perfect Imperfection” fans!! Omair Mirza, one of the trance family’s most beloved producers is back with more stunning trance beats! And I am not just talking about his new track “Suri” that he released to the world last month. I am also talking about a brand new track set for release next week called, “Eleven 11” which saw Omair Mirza partner up with Denilo Ercole, another trance heavy hitter with the talent and drive to produce trance fire! Both tracks are tied to Blackhole Recordings and UltraViolet, and with their release the trance scene just got a whole lot better!

“Suri” starts of with a pulsing drive. An infectious beat that has been crafted to get your feet moving, inspiring you to grab a partner and dance! It’s strong rhythm dips out into a beautiful trance break, sitting there with a soft piano and a beautiful angelic voice that sends you into a heavenly orbit. And then, the beats jumps back in with a vengeance. That perfect trance sound vibrating through the speakers, lifting you into a place in another dimension, all the while holding on to the beautiful melody that the track has been built on. This is a strong track with all the right elements to make quite an impression on the festival circuit. As the track rounds out we hear the original beat that got us moving and suddenly we are placed back on the dance floor to ride out the pulse that infected us from the very beginning.

Check out a teaser for Omair Mirza & Danila Ercole- “Eleven 11” on YouTube:

“Eleven 11” is on the fast track to becoming one of my favorites! The initial build climbs up and lands at a deep plateau. A sound that is meant for the underground. Suddenly, the tone changes, and the track explodes with feeling and power. An instant uplift that brings you from the dark underworld into the heavens. But, here comes the darkness again, right back into a trippy euphoria. I absolutely adore the darker side of Omair Mirza and with this track he is certainly on to something. His partnership with fellow trance maestro, Danilo Ercole has helped to bring out the very best and I hope to see more collaborations from these two in the near future. Remember, the full track will be released next week, so keep your eyes and ears open and make sure to grab a copy! But, have no fear! You can pick up your copy of “Suri” on Beatport right now!

So, I know you love his music. It’s impossible not to find yourself dancing to Omair Mirza’s beautiful and incredibly powerful trance beats. But, do you want to hear what he brings to the table at his live sets? Check out Omair Mirza’s stunning performance at Stereo Live in Dallas by clicking Here!

Omair Mirza was born in the good ol’ USA, started DJing in 1999, and by 2010 had decided that he would pursue music as a full-time career. And where there is talent, there is success. In 2014 he signed on with Armada Music and Coldharbour Recordings and the rest was history. He was shot to super stardom when his track, “High Roller” stole the show at festivals all over the planet. Then, on to remix Markus Schulz‘s “Erase You“, which only made the love for Omair Mirza rise to a fever pitch. Does it get better? Well, of course! In 2016, my personal favorite Omair Mirza track was released. A little tune called “Perfect Imperfection” featuring Avari on vocals. To top off the year he even went as far as to remix Markus Schulz’s “Destiny“, securing his spot among the trance elite. To this day Omair Mirza works feverishly to bring the trance family what they want. Some killer trance beats, full of feeling, power, class, and beauty. His two latest tracks “Suri” and “Eleven 11” are packed full of all these ingredients and are without a doubt going to be on the track lists for many festivals and shows to come as the season is just getting into full swing!