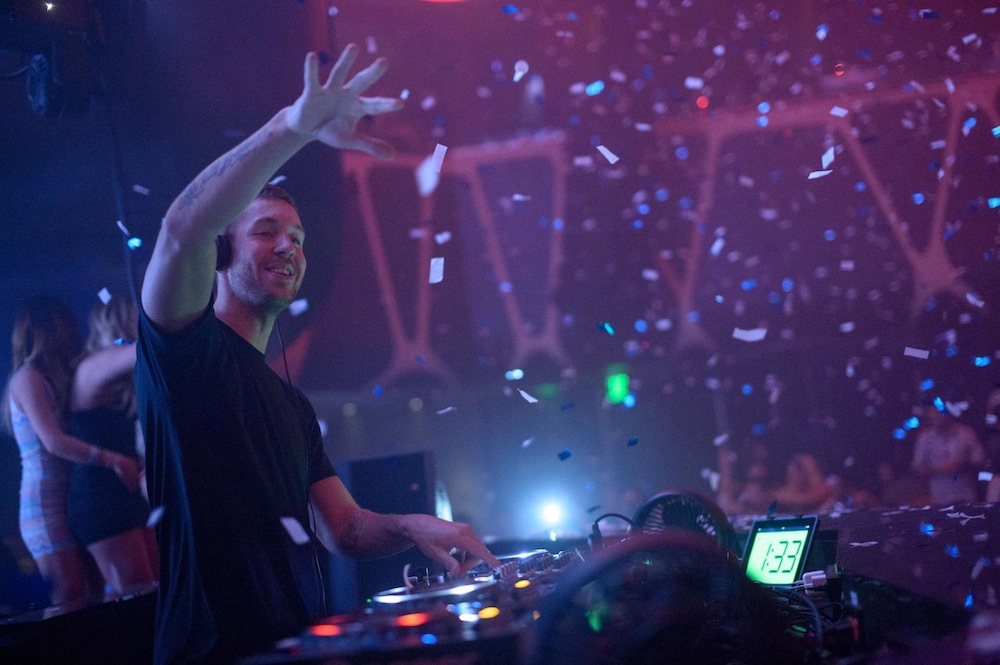 Seeing Calvin Harris‘ residency set with Generik at Hakkasan Las Vegas was a treat. Although he will continue performing at Hakkasan throughout 2016, he will have new residency as well. Taking the reigns at Omnia alongside artists such as DJ Snake and Martin Garrix, and Generik will be following Calvin to Omnia as well.

Calvin went out with a bang for his final exclusive set at Hakkasan this year. Taking the stage at around 1 AM opening with his new track “This Is What You Came For” featuring Rihanna, it seems he arrived ready. Sticking to his style of flowing seamlessly through all his popular tracks from his album ‘Motion’ before getting down to some fun remixes towards the end, he had the crowd moving all night long to his beats.

Of course, to end the night with a bang he dropped crowd favorite “Feel So Close” which brought some great vibes as well. This set at Hakkasan was what I expected from Calvin, yet stood out as excellent compared to other times I’ve seen him in clubs. Personally, I feel that I even enjoyed his set at Hakkasan more than when I saw him at HARD Day of the Dead back in 2014, although obviously plenty of new music of his has been released since then.

If you haven’t seen Calvin Harris in Las Vegas, I’d highly suggest checking him out.

Take a peek at some video from Calvin Harris’s set at Hakkasan Las Vegas: