Lucas & Steve Do it Right with ‘Make it Right’ 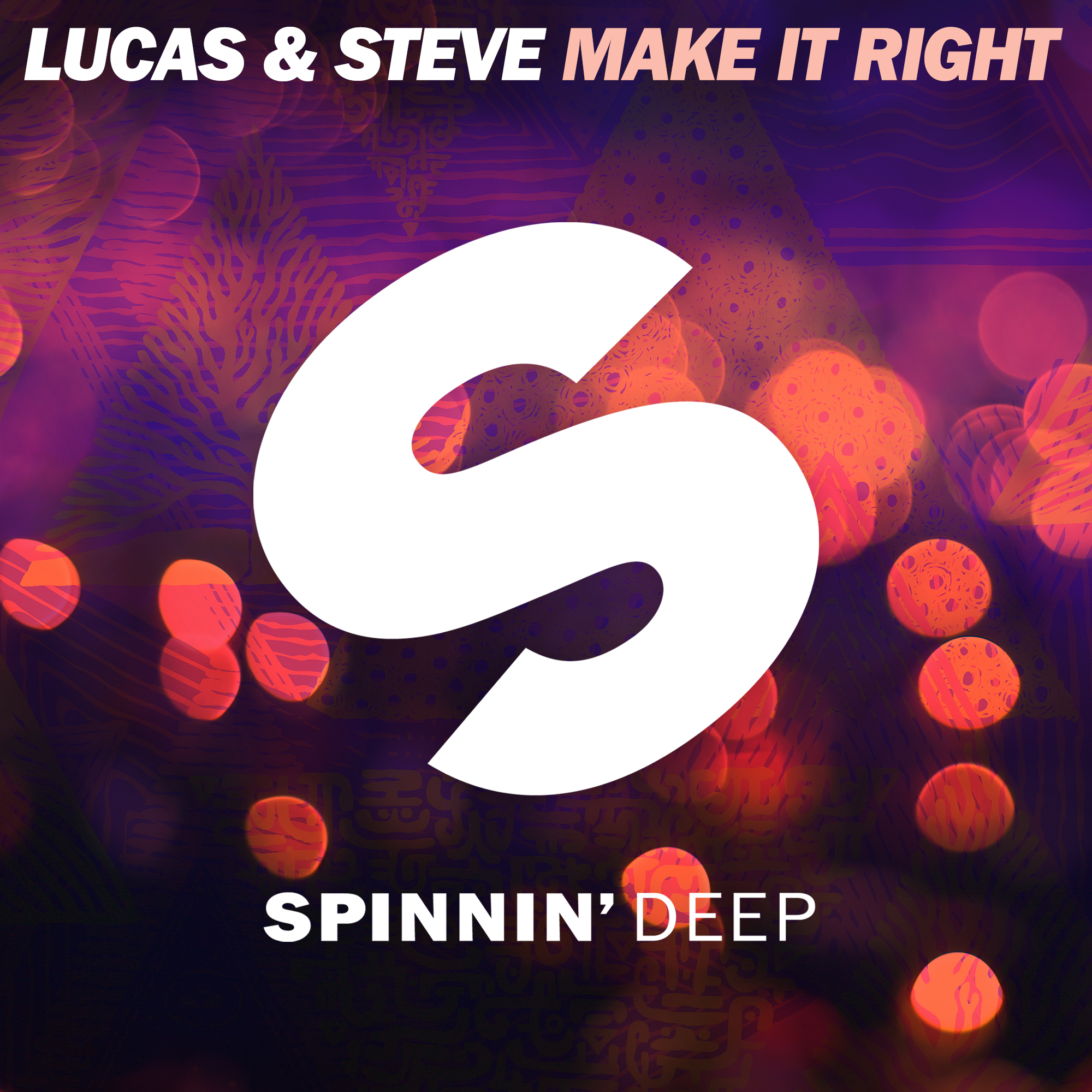 Lucas & Steve Do it Right with ‘Make it Right’

What do you get when you combine Dutch duo Lucas & Steve, Michael Jackson, house music, and an avenue made possible through Spinnin’ Deep? The answer is Lucas & Steve’s funky new house track ‘Make it Right’. Dubbed as their new anthem, ‘Make it Right’ is a track that inspires good vibes, positive attitude, and a drive to let go and dance. With its debut catching attention at the popular Sunburn festival in India, a track full of undeniable Lucas & Steve style, ‘Make it Right’ was instantly accepted and is on a fast track to being a staple on every DJ’s set list this upcoming season. Drawing inspiration from a Michael Jackson song, Steve had this to say about the track: “We didn’t want to make a cover, But wanted to create something completely new. So we came up with a totally different hook that only reminds of the Michael Jackson song, but doesn’t try to imitate it in any way.”

Lucas & Steve have never been strangers to releasing tracks that crowds instantly gravitate to — just take a listen to ‘Calinda 2k 15’, their remix of ‘Eagle Eyes’, and the attention grabbing ‘Love Is My Game’. In fact, ‘Love Is My Game’ pulled in over a million SoundCloud streams, ultimately receiving major kudos from some of the biggest DJ’s on the planet. This year, with the success of their remix of The Magician’s ‘Together’, and their first official solo release of 2016, ‘Make It Right’ paired with the perfect music video, these guys have jumped on the train to stardom and don’t have plans on stopping anytime soon.

Pick up your copy of the track here and make sure to visit Lucas & Steve on Facebook and Twitter.