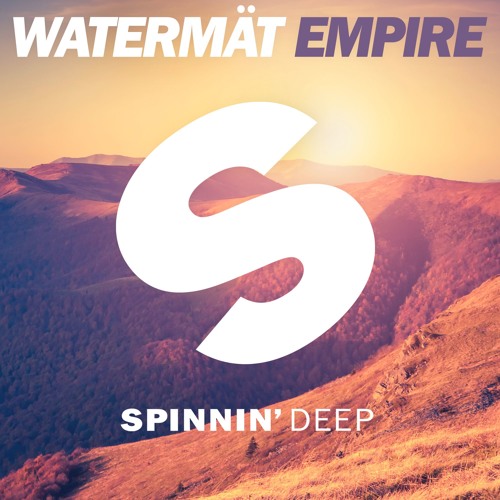 Born as Laurent Arriau, Watermät has been slowly gaining recognition across the globe with his unique sound. His debut single ‘Bullit‘, released on Spinnin’ Records in 2014, reached GOLD status on Beatport and held a position on the Deep House chart for nearly a year. The track features long synth-y build ups with a perfect accompaniment of percussion and horns. It is a body wiggler that has found its way into sets around the world and has received air time across many popular radio stations. Watermät followed up ‘Bullit’ with another track, ‘Frequency‘, where he uses more housey chord progressions to craft, yet another, infectious dance tune. Tracks ‘Portland’ with Moguai and ‘All My Love’ were released shortly after and both received plays by some of the biggest DJs in the scene in Tiësto, Calvin Harris, and Martin Solveig.

With Laurent’s newest track, ‘Empire’, he experiments with much deeper synths while maintaining the dance-y drum beats found in his earlier songs. It was featured as a guest mix on Pete Tong’s All Gone and used as the soundtrack of the Spinnin’ Deep teaser for the upcoming Miami Hotel at Ultra Festival in Miami. “Younger I was very much influenced by the “French touch” of the years 2000. It can be heard in the track”, explains Watermät. ‘Empire’ uses a sample of Dionne Warwick’s I Don’t Need Another Love/Heartbreaker and you can hear its influence in the track. Watermät has created his own niche in electronic music and I am really excited to see what’s in store for this artist! Follow him on SoundCloud and Facebook so you can stay up to date on all his latest tracks and tour stops!

“Empire” is out now on Beatport!