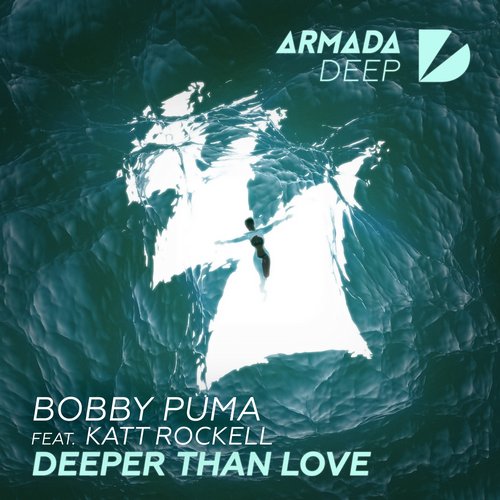 San Francisco producer, Bobby Puma, has just released a new track featuring vocalist Katt Rockell. The track, named ‘Deeper Than Love’, combines Katt’s soft and beautiful vocals with a deep groove house beat and portrays a new side of Bobby Puma that fans are now starting to see. With ‘Deeper Than Love’, fans get to take a look into Puma’s new-found interest in the deeper side of house music. The track has already received support from huge names in the industry such as: Tiesto, Alesso, and Calvin Harris.

Puma has released many different tracks with an impressive variation of diversity on multiple well-known labels including Smash The House, Doorn Records, and Musical Freedom.

‘Deeper Than Love’ was released on February 26th on Armada Deep and can be purchased on Beatport and multiple other sources.

Stream ‘Deeper Than Love’ on Soundcloud:

Bobby Puma is undoubtedly your favorite DJ’s favorite DJ, and was ranked the #143 DJ overall by DJ Mag. His songs are a staple of most headliners sets but he tours sparingly because of his affinity for the studio. The Bay Area native has been one of the top producers for the past five years and had been so inundated with projects that he never got to crawl out of the studio to showcase his DJ abilities. Spring of 2015 he finally got his chance. With a 29 date North American headline tour, he unleashed an arsenal of unreleased tunes on club goers all over the Western Hemisphere that have since taken over the prestigious Beatport charts.