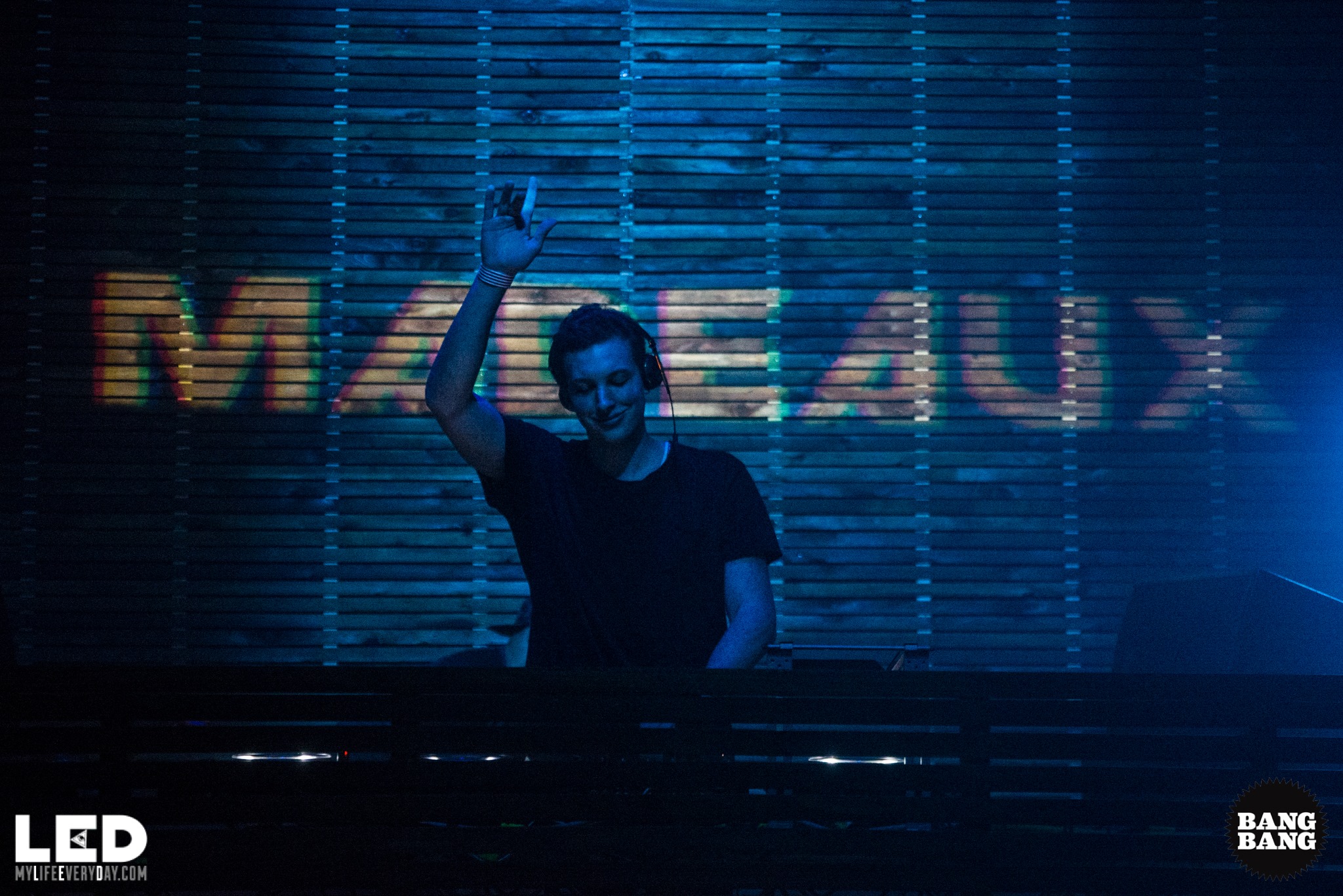 Madeaux caught my eye as soon as I watched a clip from a melodic set he played on Instagram. The EDM Identity Team had a chance to cover his performance at Bang Bang in San Diego and it was off the chain good, with high quality production and smooth transitions. He recently released a glitchy video for his track “Kill For Me”. The video highlights his creativity not only as an artist in the music scene but also one outside of that too. You can check him out with the Pegboard Nerds on April 1 and 2 in San Francisco and Los Angeles. This driven artist is sure to breakdown boundaries within electronic music so check out our full interview with him below!

How did you come up with the name Madeaux?

I was reading a book by Ford Madox Ford. Liked his name, made it my own.

What music are you presently working on?

I’m working on a collaborative tape with Manman Savage as well as a big tape that will be co-released by Fool’s Gold and Vavit. I also have a lot of collaborations underway with the likes of Poter Elvinger, Misogi, Valy Mo, Aglory, the list goes on and on.

Do you enjoy the electronic music culture and audiences you play to?

I’ve had some of the best experiences of my life dancing with complete strangers at 7 in the morning in some god-forsaken basements. Dance music culture is a remarkable thing, it’s been great to see it expanding stateside.

What is the most important thing to you within your music?

Art is the means, not the end. My ultimate goal is to make something to help people. I started out like many others, just trying to make what I thought was dope, what would be fun for a crowd in a club. I’ve grown a lot and my goals with music have grown as well. I want to use my music to promote consciousness, self-determinism. I don’t care anymore if people understand me or what I seek to do, I’m going to change dance music.

What’s your favorite part of a live show and how do you connect with your fans?

DJ’ing affords a unique opportunity to communicate seamlessly with an audience. When you see a really good DJ, one who knows how to read a crowd, there is this sense of everyone ebbing and flowing in sync. It’s that sense of singularity that makes a performance unforgettable. I’m not great at connecting with my fans. I don’t give a fuck about instagram or snapchat or whoring myself out on a timeline. As a result, my fans may not know me too well but I want them to know that I love and appreciate them and I’m going to do great things for all of us.

One of my favorite shows I ever played was out in the desert in Indio. I was playing B&L’s Coachella after party and it was just a hundred or so people, all locked in 100% together out there in the dust.

Is it difficult getting your start as an artist and finding your sound?

It’s hard to find a sound because there is a lot of pressure on artists to pigeonhole themselves into a genre or scene. It is not easy doing something new in the current culture and being accepted. The only compass a new artist should have is what he/she thinks is dope. Nothing else. With enough time and experimentation, that is how one builds something personal, a pure distillation of ones self.

Who are some artists you are listening to right now?

I’ve been listening to a lot of Johnny Cash, some Mumdance, Sevdaliza, Jam City, about to scope the new Kanye.

If you could play any live show in the world who and where would you play?

I’d like to sell out Madison Square Garden with a real, engrossing performance. Live, not DJing.

Hard to say, but it’ll be legendary.