Ephwurd Releases “Bring It Back” on Doorn Records! 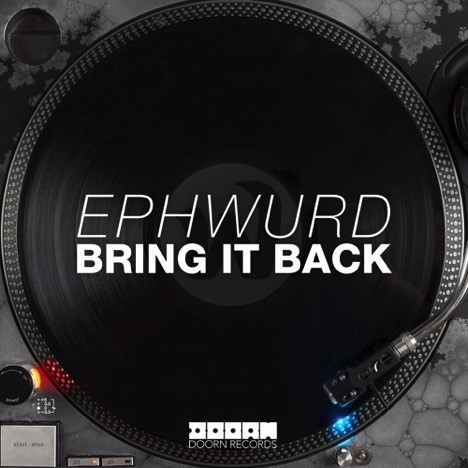 Ephwurd recently released an electro banger “Bring It Back” combines dirty bass lines with elements of classic house music. The new single features distorted vocal samples in the breakdown that build into high energy lyrics – “Bring it back to the old school…back back back to the sound of the f*ck you!” This release brings the same energy that Epwurd has brought prior, and the new record is all about shaking that ass and flattening the dance floor.

Stream Ephwurd – Bring It Back on SoundCloud:

You can purchase the track today on Beatport!

Ephwurd has been fire since making their mysterious debut as a duo in May. It didn’t take long before the masterminds behind this new project were revealed dubstep/electro legend, Datsik and his tour manager, Bais Haus. Their first release was a remix of Major Lazer’s hit, “Lean On” and then only a few months later they released their biggest original: a collaboration with Jauz on “Rock The Party”.  “Rock The Party” has been a massive hit for Jauz and Ephwurd and has reached nearly 6 million total plays on Soundcloud and YouTube. Ephwurd’s next release, “Duckface” was one of Fall’s biggest hits and lead into their debut performance on the main stage of insomniac’s Escape: Psycho Circus Halloween Festival. Be on the look out for dates in 2016 and expect to hear major things from this group in the upcoming year.