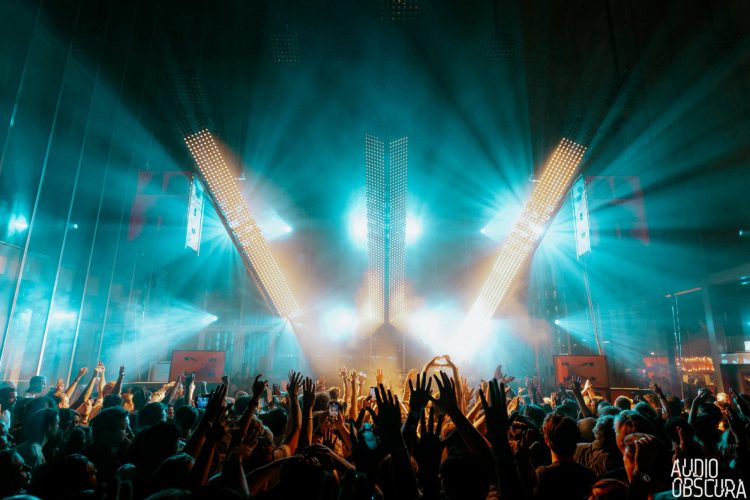 Audio Obscura will stay true to the underground as they reveal their plan for international growth to take over one city at a time.

Since its inception a decade ago, Audio Obscura has become one of Europe’s most respected brands for serving up events in the most particular locations with sets by leading DJs. Founded in 2013, the Dutch electronic event has focused on seating talent at the center of events highlighting their mastery of underground electronic sounds. This year, Audio Obscura looks to celebrate its 10th anniversary in style and has set its sights on expanding beyond Amsterdam to reach other cities.

While details behind its expansion remain under wraps, fans old and young can count on the team behind Audio Obscura to deliver experiences of a lifetime in the form of late and unconventional hours. With a decade-long history of holding events in unique locations like Rijksmuseum, Amsterdam Centraal Station, the G-Star RAW Headquarters, A’DAM Tower’s The Loft, Gashouder, and Muziekgebouwwith, it’s clear that there are surely some surprises in store from Audio Obscura in 2023. Not to mention the big artists they attract, which have included Peggy Gou, Charlotte De Witte, Joris Voorn, and Solomun, in the past, among many others.

If that is not enough, the Amsterdam-based brand is going after other endeavors through Unfold.art, an audiovisual concept staging large-scale installations, already set in motion with SORA, running now at the world-renowned Gashouder from January 6 – February 5. During this time, Audio Obscura will make its mark with an extra special takeover on January 28, featuring Adriatique, Henrik Schwarz, Nadia Struiwigh, and SORA creators NONOTAK.

As fans continue to await to learn further details about the anniversary extravaganza, Audio Obscura has revealed that they are ready to hit the road and take its series internationally with London, Los Angeles, Miami, and New York on their radar. To learn more about Audio Obscura, their 10-year anniversary celebration, and plans for growth, keep your eyes on their socials.