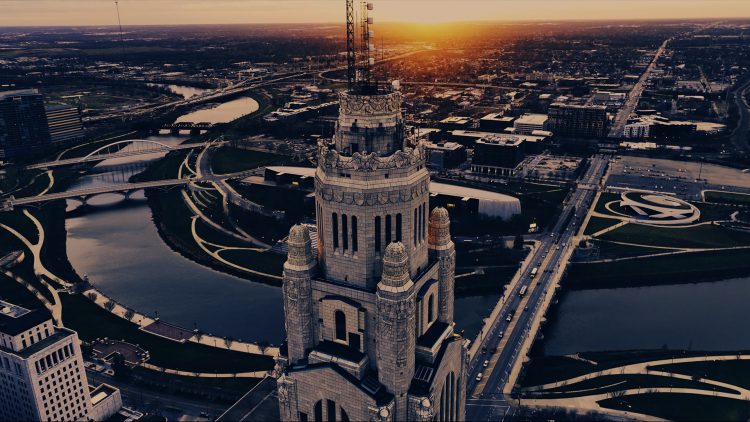 Entel is kicking off the new year by releasing his stunning performance from the top of the Leveque Tower in Columbus, Ohio.

Progressive house DJ and producer Entel has swept listeners off their feet with his releases and performances over the past few years. During this time, he’s graced labels ranging from AVA Deep and Anjunabeats to Nueva and his personal imprint, Entelect. In 2022 he grew his offerings on Grum’s Deep State with “Everlast” on Reactor Vol. 2 and his debut album, Melodies In Harmony, and he’s only looking to further deepen his grip on the scene during the first few weeks of 2023.

While Entel has performed at a variety of venues in the US, Canada, and the UK, his latest gift to the progressive community saw him set his sights on his hometown of Columbus, Ohio. In the city stands a historic building built in 1927, the Leveque Tower, and this melodic mastermind decided there would be no better place to perform a set than at the very top.

This hour-long mix from Entel features beautiful looks at the Leveque Tower that pair perfectly with the gorgeous soundscapes of his original tracks. Found in its runtime are tracks such as “Dream State,” “Strangers” with Eileen Jaime, and “Belong Here,” but he also packed in a flurry of IDs that are still yet to be released including collaborations with Erik Lucas and another gem with Eileen Jaime.

Check out this impressive performance from Entel at the top of the Leveque Tower in Columbus, Ohio, and stay tuned for more from him as we dive deeper into 2023!