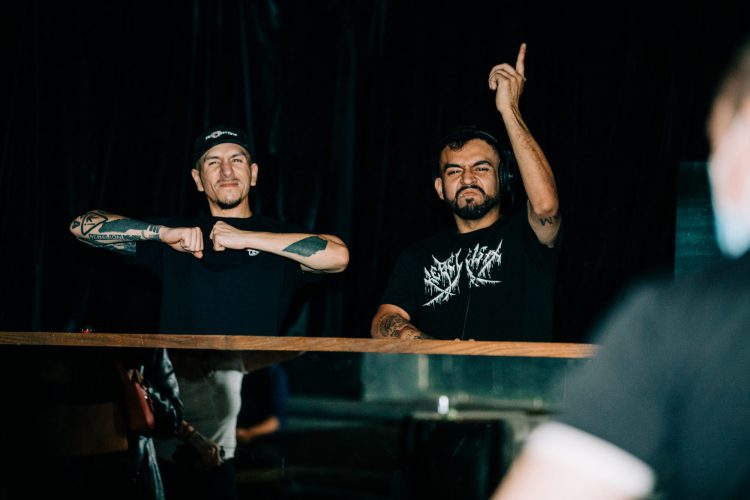 Detonatorz kicks off 2023 with a bang as they unveil their latest concept, Battlegroundz, on their debut guest mix for Paradigm Shift!

Detonatorz is a brother duo from California who has been grinding to make a name for themselves in the hard dance scene ever since they burst onto the scene in 2019 with their debut EP, Activation. This release sought to make a statement about who Detonatorz is and their intentions – taking over the scene one distorted kickdrum at a time. Now they have about 14 tracks altogether that demonstrate their growth in production and finding their style.

The unique duo discovered the harder styles in 2013 and attended many shows together throughout the years. They developed a love for rawstyle music and decided to begin their artistic venture in hard dance music. Angel already had experience in producing trap music, while Juan had experience in mixing. The two brothers combined their strengths to benefit each other and created one cohesive project in Detonatorz, which is ultimately a representation of their unbreakable bond.

2022 proved to be a step in the right direction for Detonatorz as they released one single and the Lethal EP in addition to playing the Hardroadz Media takeover at The Loft in Los Angeles as a part of the epic night where Coone came to destroy the dancefloor. Now, the duo is looking to start the new year off hot with their debut on our hard dance mix series, Paradigm Shift, where they’re unveiling their latest concept dubbed Battlegroundz.

Over the course of 30 minutes, Detonatorz takes listeners on a journey with essential tunes from rising talents in the scene like Luminite, Anderex, and SoundZero, in addition to a taste of their own discography. Make sure to crank up the volume to find out the destruction that lies in this epic Paradigm Shift guest mix.