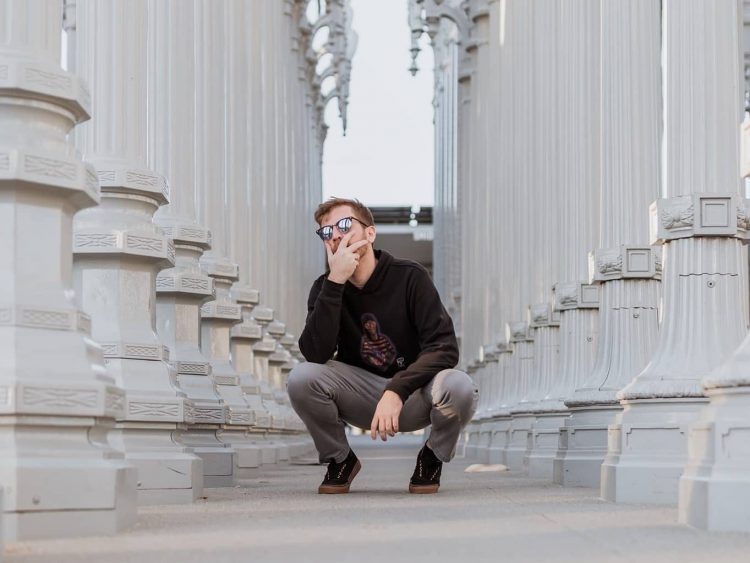 Chicago-based artist Ashton closes out a huge year of career growth by dropping his debut EP, For The People, that’s perfect for all house lovers.

Chicago native, Ashton, is breaking outside the local producer box and ready to take his music career to new heights. Diversifying in different sub-genres of house music, including bass, tech, and experimental, Ashton produces and incorporates all into his sets. Capturing the eyes of the electronic scene in Chicago, he has been surrounded by loads of support. Transitioning from local shows to large scaled events, Ashton performed at several festivals this past summer, including North Coast Music Festival, Firelights Music Festival, and even drew in a large crowd at the EVOL Chicago Stage at Electric Forest.

Now, Ashton is closing out the year with an epic bang by dropping his very first EP, For The People. This four-track release is an ode to those who have supported his journey and his admiration for the sounds that have derived from his home base. It also signifies the solidification of Ashton’s production identity and the next phase of his fast-growing music career.

For The People is an uplifting experimental house escape that kicks off in full funky force with the opening track, “Lose Control.” The track taps into Ashton’s ability to incorporate live musical elements featuring talented saxophone instrumentalist Saxogene and multi-genre rap artist Qualowkey. Tapping into some funky G-house, “The One” shows off an edger side of Ashton’s production. With catchy female vocals and high-energy beats, this would be the perfect club tune.

Making it nearly impossible not to get up and dance, “Drop” is a bass house masterpiece. It’s giving night bass dance floor vibes. On the flip side, the last track of the EP, “Thirsty,” is a smooth, minimal groover. The catchy top line of this track is sure to be stuck in the minds of listeners and sung through the crowd during live sets. The For The People EP is a treat for house music lovers and is a perfect exemplification of why rising producer, Ashton, is not to be overlooked.

Check out Ashton’s debut EP, For The People, on Spotify or your favorite streaming platform, and let us know your thoughts on Twitter!

Stream Ashton – For The People on Spotify:

Ashton – For The People – Tracklist:

Subtronics Unleashes ‘ANTIFRACTALS’ to Close Out 2022 with a Bang