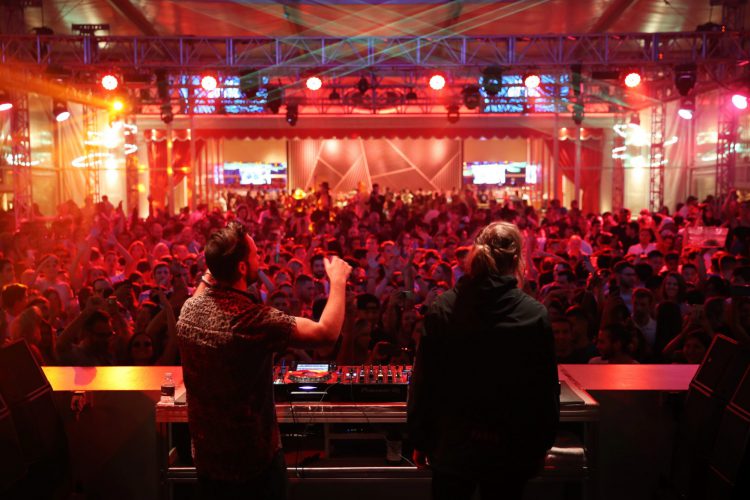 The party doesn’t stop in Sin City, and Encore Beach Club is helping keep everyone warm this winter with a new series of shows.

Las Vegas has become a destination for anyone who loves dance music. Whether you’re catching a show at one of their many day clubs and nightclubs or heading to massive festivals like EDC Las Vegas, there’s always something special happening in Sin City. Wynn Las Vegas has become one of the most prominent homes for electronic music on the strip over the past decade, with beats booming from the speakers of XS Nightclub and Encore Beach Club each weekend.

The list of talented residents at their clubs ranges from The Chainsmokers to Marshmello, while they recently added Swedish House Mafia to the list as well. Not to mention Wynn Nightlife’s Art Of The Wild experience that’s hosted bi-annually and brings some of the best artists in the house and techno scene for the weekend. While the spring and summer act as the main attraction for many making their way to Las Vegas, the nightlife offerings at Wynn’s properties don’t stop once the winter chill hits.

XS Nightclub continues to host a rotating number of artists each weekend, but there’s something special in store for those who want to experience all that Encore Beach Club has to offer. This season they’ve announced a new Winter Series that will bring an immersive experience in an indoor setting – allowing dance music lovers to party all day in a temperature-controlled environment specifically designed for events.

The Encore Beach Club Winter Series kicks off with Dillon Francis at the helm on Saturday, December 10, and he’s also set to take the stage just after the new year begins on January 7. Additionally, those looking to get a dose of bass before the clock strikes midnight on December 31 will want to make their way to the venue, as none other than RL Grime will be playing that day.

Tickets for the upcoming Encore Beach Club Winter Series shows are available now. Head over to their official website to grab your passes or book a table – and stay tuned for more announcements to come!

Connect with Wynn Nightlife via their website for the latest updates and information!