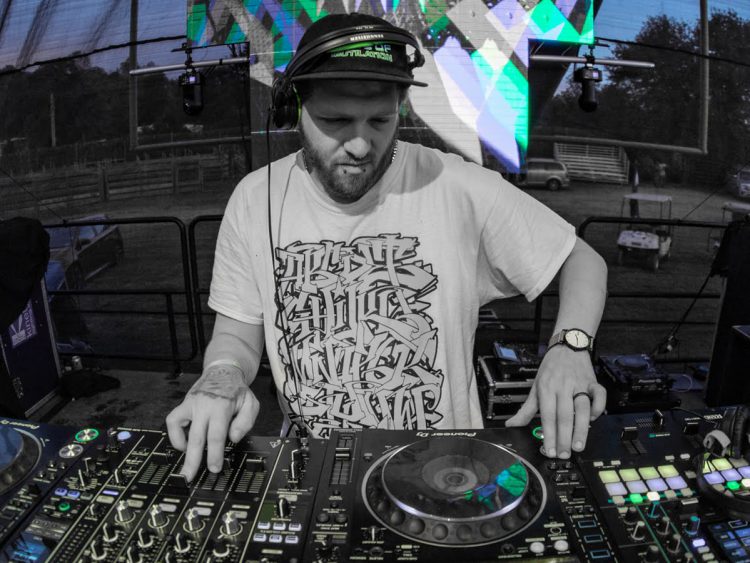 The long-awaited release of the single “Micro” on Finding Balance is joined by Kursa’s first full-length album, Communication.

Over the last ten years, Kursa has made a name for himself by producing dubstep, glitch hop, and breakbeats from his home turf of Bristol, UK. The multi-faceted producer has always emphasized the sub-bass range of sound and breaking typical genre norms. Released on November 19, Communication brings a broad spectrum of bass and alt-bass sound. The assignment of genres like glitch hop and breakbeats is often made with blurred lines, but when listening to his music, assigning the sound to any previously existing crates can be challenging.

While perusing Kursa’s discography, you will undoubtedly find variety, with some tunes emphasizing more pleasant, spacey atmospheres that manage to pack a bassy punch. In contrast, others are more abrasive, shrieking, and reminiscent of early UK grime crossing over into breakbeats and dubstep. The same-day associated release Finding Balance features the single “Micro,” which has been available for streaming on SoundCloud for over a year but is officially released alongside two other tunes. Both of these releases come on the independent label, Kurs’d Gearth, certainly emphasizing the sounds that can be expected from the experienced producer while pushing limitations in the electronic scene,

With the release of Communication, Kursa takes extreme liberty to generate and share his unique sound outside the popular K.L.O project. This is the first full-length solo album he released since the beginning of his production career ten years ago, showing the bounds of diversity that his sound can achieve. Additionally, several tracks released on this album have certainly been rinsed on dancefloors across the UK and the US over at least the last year as he toured relentlessly.

Grab both albums on Bandcamp, where you will find a subscription service to access exclusive releases and streams of some music before it is released. Then, explore Communication and Finding Balance with their accompanying reviews!

Kursa’s Communication features 30 minutes of music broken down into nine unique tracks with some true standouts.

The album opens up gently with “Rested,” which almost carries a lo-fi sound with dragging percussion and a lightly synthesized atmosphere. Distinct harmony progresses alongside percussive features while breathing chords hold the atmosphere together. A distorted vocal sample makes the occasional appearance, stretching in time and giving a dialed-back context to the tune. Spaciness allows the mind to wander while listening and bowed synth effects blend the soundscape with an airy feel. This tune is the perfect opener for the album as it gives folks unfamiliar with Kursa’s sound a gentle introduction while still flexing out the speakers you’re warming up for the rest of the album.

Sharp, stabby synth string sounds chromatically dance around distorted effects as we move into the second tune on the record, “Critters.” The soundscape in the intro of this standout tune almost fits into a horror film. The tune develops with ripping bass movements, but the percussion takes the backseat when it comes to dominance in the texture and application for buildup. Kursa is almost being generous to listeners, holding back from using more tension in production on this tune because the motif could easily be blended with harsh breakbeat drums and result in a much more abrasive track. “Critters” will continue to captivate listeners as it makes its rounds.

On “Burn Out,” Kursa goes for a more traditional dub sound by utilizing a “Fiyah” vocal sample, unfolding bass sweeps, and more ethnic percussion. The tune is punchy and carries more energy throughout than the previous two tracks on the album. Wood blocks and swirling white noise are the characteristics of the track as it builds up into full-out dub-space rinser three-quarters of the way through. Choppy tremolo is applied to the bass, and the synth pad gets the crowd jolting on this one before he slowly lets you back down into soft space before the tune wraps up.

Jumping ahead to “Splinters,” Kursa shows off his techy breakbeat side with jostling rhythms and spacious percussion. The sound design on this one is really what grabs your attention – the 16th note synthesized bass motif features a well-balanced poppy, gripping sound while still opening up into something that fills the sonic space on its own. This figure ends up undergoing some serious distortion and other effects, bringing the end of the tune into a more industrial space. Kursa’s UK heritage and home of Bristol show up more in this tune than in the rest of the album.

The title track, “Communicate,” uses a modulated synth flapper to set the stage right out of the gate alongside a thematic vocal sample. The rhythm presented in the opening manages to persist through the rest of the tune. At the same time, different effects are introduced to bring some variety to the atmosphere and give the switch-up in the breakdown a little more emphasis. The track only runs for three minutes, but whatever system you’ve sampled the album through is being flexed with the full spectrum sound design incorporated.

Considering the minimal quantity of music that Kursa presses into digital wax, it surprised many that the Communication album would be paired with a three-track single release for “Micro.” The single is the most-played tune on the artist’s SoundCloud and has not previously been available to fans for purchase. Kursa made this November one to remember by granting his fans access to the single alongside two other brand-new hectic tracks, “Calcium” and “Half Cut.”

“Calcium” pairs well against “Micro” as we get plucked string sounds in the introduction instead of bowed orchestral strings. The motif introduced here develops into a sound that combines forward and reverse attacks within the techy motif’s sound design while crunching bass keeps the tune driving forward. Light percussion gives the bass flutters room to be felt and punch through the texture. Kursa shows us here that with a crunchy snare and hissing hats, synthesized bass and mids can cover whatever ground they want without feeling out of place.

The third tune off of the Finding Balance release is sure to be a favorite for many. “Half Cut” opens with cinematic sweeps and synths, picks up some momentum from the percussion, and stings off into a Samurai Jack-esque sound. The drop emphasizes space – space around a howling white noise bass line but space nonetheless. Once again, we see some focus from Kursa on not the percussive elements of the tune but on the bass and mid-range sound design instead. Modulation and rhythmic alterations in the second half give the tune even more forward motion, driving straight through a hectic break section. This tune is a great cap off to Finding Balance and emphasizes his music’s character even more.

Kursa’s most voluminous releases bring hope for more from the renowned UK-based producer.

Considering that Communication is the first full-length album from Kursa in the 10+ years he has been producing and that it came alongside the three-track spotlight release of “Micro” on Finding Balance, it’s with near certainty that even more live performances and production are on schedule for him. Make Kursa a priority for your next year of shows, as his sets go from hectic and breakbeat heavy to being an ocean of bass for you to really sink down into. Keep up with Kursa on Bandcamp for exclusives and early access to some of his releases!