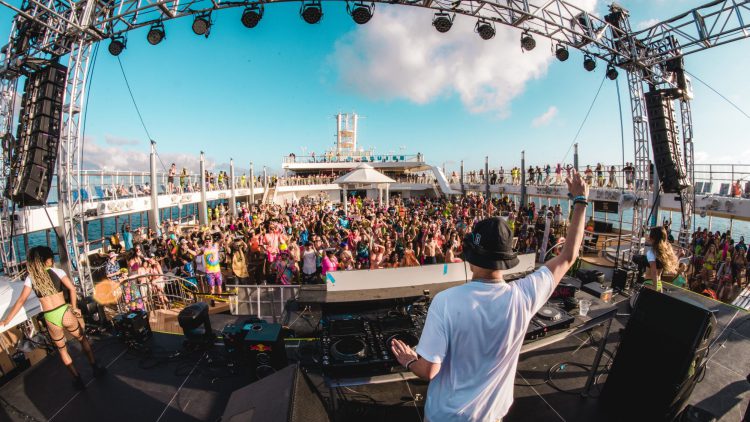 Calling all captains – Groove Cruise will celebrate its 20th anniversary in 2024 and is sailing to a private island exclusive to guests only.

The upcoming edition of Groove Cruise Miami might be set to embark on January 19-23, but Jason Beukema and his crew have already begun to set their sights on the biggest party on the sea’s 20th-anniversary celebration voyage in 2024. This week, he revealed the grand details for the occasion, as GCFam will be setting sail for the Great Stirrup Cay in the Bahamas on January 24-28, 2024, on the award-winning Norwegian Encore.

The Groove Cruise team welcomes veterans in the scene and newcomers alike to board for an experience of a lifetime that features nine stages and 96 hours of nonstop music. Let’s not forget its array of immersive programming that includes daily-themed functions, artist-hosted events, and beachside parties. Fans sailing for the two-decade extravaganza come January 2024 will have everything they want and more to explore on the largest and most luxurious ship in Groove Cruise history.

Stretching across 20 decks above the ocean, the Norwegian Encore comes with the largest race track at sea, a 10,000 square-foot arena, and a virtual reality interactive gaming, including a ride simulator at the Galaxy Pavilion. The list of amenities continues with standout perks ranging from a water park that has two multi-story waterslides and eight hot tubs to fitness centers to get your workouts done while vacationing and spas to relax. If that is not enough, the grand ship is equipped with over 40 bars and restaurants, surely serving up options for attendees to indulge in food and drinks.

If you want to be transported into a music lovers’ tropical paradise, have those credit cards ready to go on December 7 at 3pm EST, and for full details on Groove Cruise Miami 2024, visit its website. Stay tuned for the lineup reveal and more for this massive celebration!