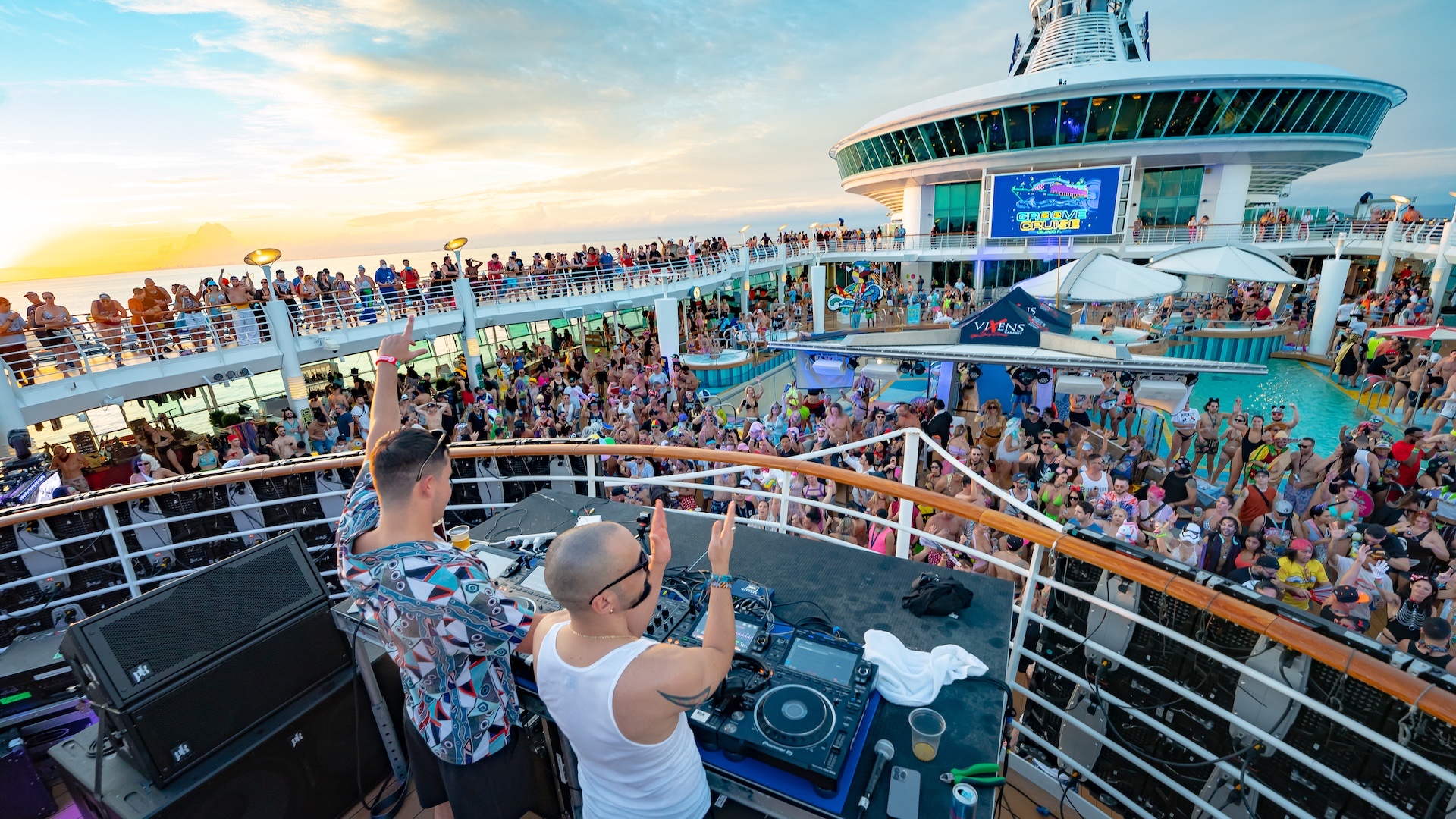 Groove Cruise has solidified its place at the top of the scene since first setting sail nearly two decades ago. Over the years, Whet Travel has offered trips out of cities like San Diego, Los Angeles, Orlando, and more, but their flagship home has always centered on Miami, and now it’s set to make a triumphant return in 2023. The upcoming sailing of Groove Cruise Miami will take place on January 19-23 and see GCFam experience non-stop music, activities, and more aboard the Celebrity Summit.

From the moment GCFam boards the ship until the very last moment once it has docked back in port, there will be 96 hours of music that will boom through the floating festival’s speakers. This year’s edition of Groove Cruise Miami carries on with their tradition of bringing a banging lineup along with them and is set to feature headlining sets from the likes of Claptone, JAUZ, Markus Schulz, and Nora En Pure.

That’s just a taste of the artists that are set to take the stage on Groove Cruise Miami this year as the undercard is teeming with talented DJs as well. There’s a dynamic range of artists set to play that include everyone from Blastoyz and Matroda to Gioli & Assia and Habstrakt just under the top line, and even more in store from there.

House lovers will surely be getting down to the sounds from Cloonee, Chapter & Verse, Casmalia, Truth X Lies, Nostalgix, and Ranger Trucco, while Paraleven will bring his progressive style along with him. Techno will boom from the ship’s speakers when artists like Declan James and Speaker Honey take the stage, while Anjunafamily members on board will surely want to catch Genix and Grum when they dominate the decks. And those on the hunt for some trance won’t want to miss out on Ciaran McAuley, Chris Schweizer, Kristina Sky, and Niko Zografos, among others.

Beyond the lineup there will be plenty of experiences for GCFam to take part in during the upcoming sailing. Groove Cruise Miami will feature a plethora of activities, and it is also set to dock in Labadee, a private paradise in Haiti that offers everything ranging from the world’s largest zipline to their renowned Dragon’s Tail roller coaster.

Head over to the Groove Cruise website to prepare to book Groove Cruise Miami 2023, and don’t forget to use code “EDMIDENTITY” for a $50 per person discount!