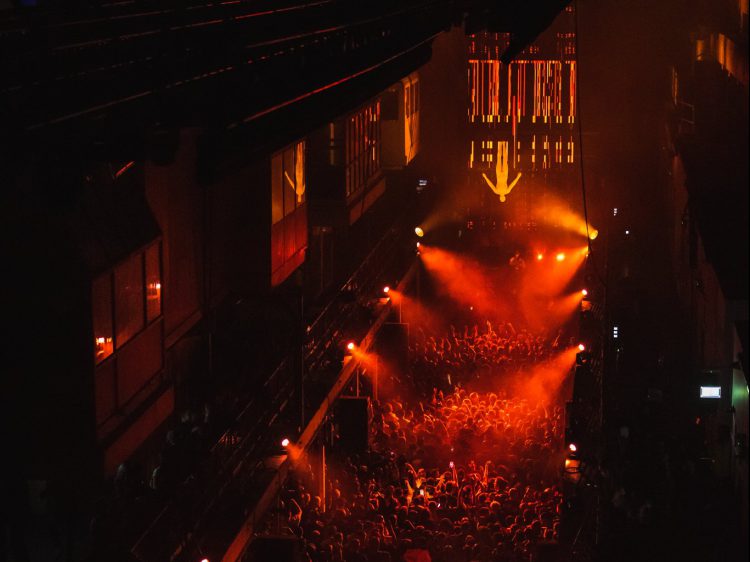 The iconic Printworks London venue says, “see you later,” with 40 headlining events heading into next summer.

In only a matter of years, Printworks has gone from an abandoned printing factory to one of the hottest venues on the planet. Though many were saddened to hear about its’ upcoming closure, the venue announced their last run of shows for the next few years as it undergoes renovations. Spanning from February 3 to May 1, 2023, the venue’s schedule sees titans across genres giving their last hurrah for the London staple.

Since 2017, the refurbished printing factory has attracted talent from all over the world for everything from club shows to major events, boasting major label showcases from Defected, Afterlife, Anjunabeats, and Hospitality, just to name just a few. After five amazing years and being named 2021’s 7th best nightclub on the planet, the venue announced in September that they’d be closing their doors to focus on renovating and rebuilding for the next few years. This week, Printworks announced its’ final 40-show lineup before they shut down in May.

The events kick off officially on February 3 with deadmau5 and Kaskade’s Kx5 project, followed by Body Movements Festival brought together by the likes of Adonis and Chapter 10. Adam Beyer’s techno imprint Drumcode and France’s Ed Banger Records both host events in March to bring in the season’s opening with a bang(er). April hits the throttle even harder with showcases from Fabric and Plastic People, including a five-night takeover alongside The Hydra during Easter weekend. April will also see a performance from Above & Beyond, as well as Honey Dijon, who headlines on April 23. While the closing weekend, as well as many dates between February and May, are still to be announced, the first round of presales hits this week.

In the midst of all this, it’s even more painful to realize this is a farewell run for the latest victim of developments that, for many eyes, have been killing the London nightlife scene. In July, the Southwark Council approved a plan to turn Printworks into office space, albeit to the chagrin of many involved with the venue. Even Printworks itself was unsure quite what the future held for them, spending most of this year pushing to postpone the closure as long as possible.

There is a ray of hope as Director of Entertainment Matthew Johnson calls this series “the final season to celebrate the history of Printworks for the last time in its current guise,” possibly hinting at a return in the coming years. But for the time being, Printworks is sure to cement its legendary status this run as more surprises unfold.

Make sure to check out all the shows that are happening at Printworks London by heading to their website.