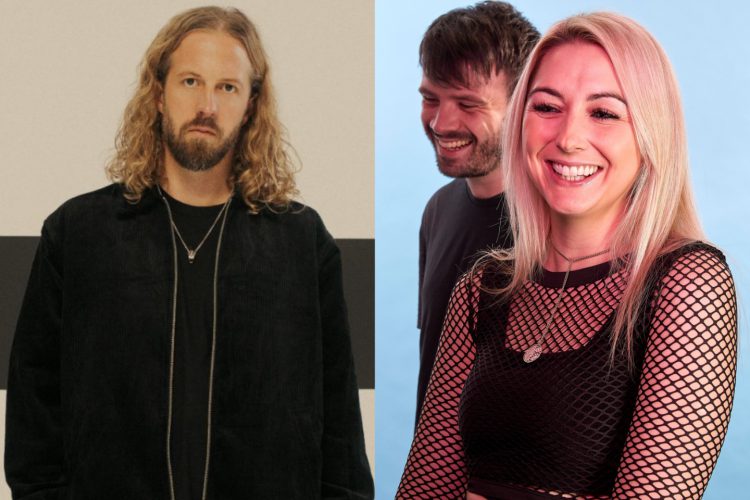 Koven and ShockOne just teamed up to release “Collecting Thoughts” and shared a playlist of tunes that have influenced them lately.

Drum and bass masters Koven and ShockOne are at it again. Now, they’ve created an epic playlist of DnB delights in support of their newest single, “Collecting Thoughts.” Released on Monstercat, the dastardly duo that is Koven, comprised of Max Rowat and Katie Bowel, and certified don ShockOne, aka Karl Thomas, teamed up on an absolute tune poised to become a rave classic.

While “Collecting Thoughts” features Katie Bowel on vocals, Koven is an act that breaks beyond the traditional DJ-singer duo formula. This close partnership style carries across their productions, and the dynamic is a glue between the vocal and production elements. ShockOne brings his flare as well, being no stranger to heavy mind-bending music. Following his 2019 major label debut, he usually releases under his own record label Dark Machine Records. However, he still finds time to work with some of the other biggest names in the scene – just as he’s done here.

“Collecting Thoughts” starts out with a classic synth-driven arpeggio which will immediately raise goose bumps, signaling to your mind, body, and soul that we’re about to enter the arena of a massive DnB tune. The lyrics come in quickly to set the narrative backdrop, asking: “How does this end?” Before answering, “Collecting all my thoughts. Ready to pretend.” The tone strikes back to the early days of the initial lockdown, where we all likely asked ourselves, “How will my head get back to thinking again?”

Have no fear because Koven and ShockOne are primed with the musical answer. In truly proper big room DnB fashion, the question is put to us on a loop that begs for resolution, and it’s ultimately delivered with a fast-paced build-up that crashes in a crescendo of breaks and 170+ BPM drum patterns. The chorus is nothing short of victorious, setting “Collecting Thoughts” up to be the perfect anthem to bring you from contemplation to celebration. In other words – this is the perfect song to rinse while you get those bags packed for that Thanksgiving break back home, reflecting on the past while also looking to the future.

Not only have these huge artists come together on their new single, available now on your favorite music platform, but they’ve also curated an exclusive playlist to showcase some of the tunes that have influenced them the most. Listen to “Collecting Thoughts” and read on for a deeper dive into the rest of the tunes!