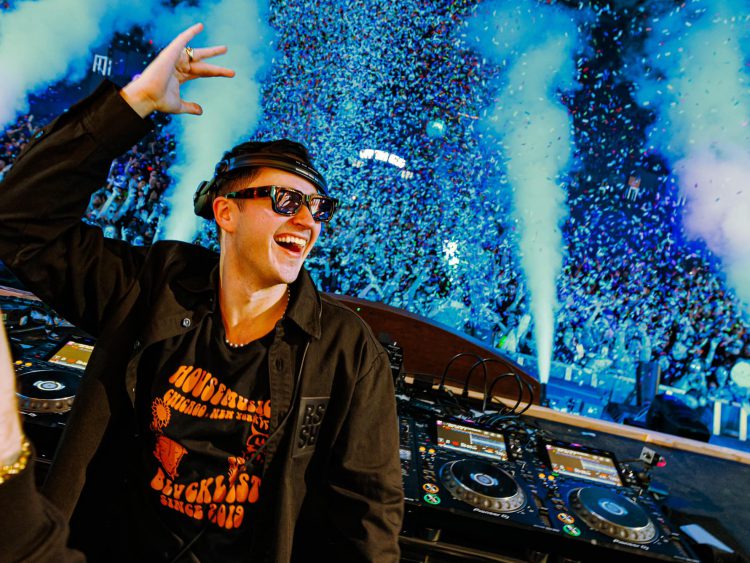 John Summit continues his hot streak and just landed his debut headlining show at Red Rocks Amphitheatre on May 14.

Chicago native John Summit has had the house music community in a two-stepping choke-hold over the past few years. From dropping some of the most captivating singles, such as the smash hit “Human,” to the Latin-infused banger “La Danza” and his most recent triumph, “Show Me” with Hannah Boleyn, his irresistible tech house grooves have infected the scene. Each month has seen him continue to grow in popularity as thousands have flocked to his sets from coast to coast.

This year alone has seen John Summit pack dancefloors at major festivals like EDC Las Vegas and Coachella, while he’s also touched down at venues including The Brooklyn Mirage and The Shrine in Los Angeles. Now. the time has come to unlock one of any musical artists crowning achievements, a headlining set at Red Rocks Amphitheatre.

Related: Want to dive deeper into the mind of John Summit? Check out our interview with him!

That’s exactly what John Summit will do on May 14, 2023, as he takes over the iconic venue that has recently hosted the likes of deadmau5, Gorgon City, NGHTMRE, Lane 8, Porter Robinson, and other globally renowned DJs since reopening post-pandemic. While the support for next May’s show has not yet come to light, this would be the perfect opportunity to place his freshly minted label, Off the Grid Records, front and center. Stay tuned for more details on who will join John Summit in Colorado for this fantastic Sunday-night affair.

Tickets for John Summit’s debut at Red Rocks go on sale Thursday, November 17 at 10am MST via AXS. Will you be making the trek out to Red Rocks in May to dance to his infectious house tunes? Let us know on Twitter!