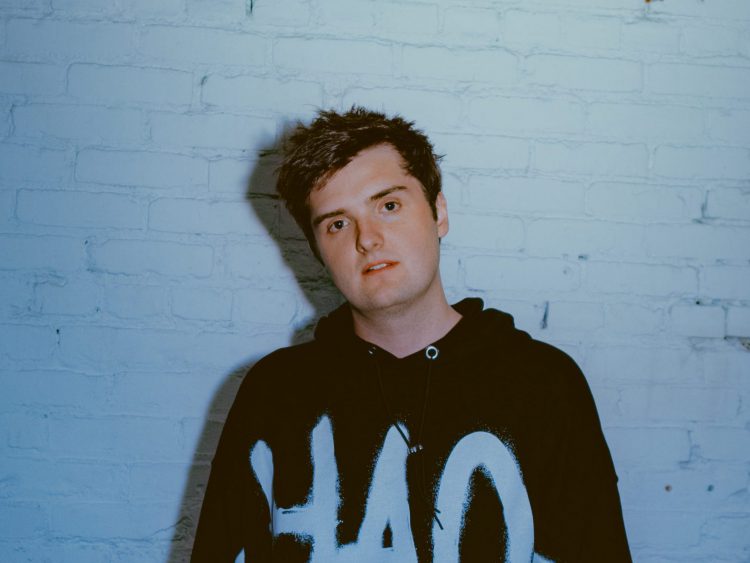 KILL SCRIPT stopped by to discuss his GALACTIC RAVE EP, the story behind his music and visuals, and upcoming Halloween performances.

If you haven’t heard of KILL SCRIPT yet, now is the time to get acquainted. This rising artist is quickly making waves in the scene as he brings the sound of the underground to mainstages across the country. Taking the stage at EDC Las Vegas, EDC Orlando, Electric Zoo, and Seismic Dance Event, to name a few, KILL SCRIPT’s pounding techno has captured the hearts and souls of crowds as they get lost in his melodic-laden soundscapes.

Beyond his performances, KILL SCRIPT has been on fire as of late with his releases, dropping cutting-edge tracks to usher in the next wave of techno. His latest single, “EMPTY SPACE,” just closed out the trilogy of tracks found on the GALACTIC RAVE EP. This aggressive, fist-pumping track prompts listeners to look inside their own minds, get lost in their thoughts, and lose themselves to the rhythm. What makes KILL SCRIPT unique is his seamless integration of sci-fi elements with hard, euphoric techno, a phenomenon that can both be heard and seen through his accompanying futuristic, dystopian visuals.

With performances on the horizon in support of REZZ at Red Rocks and at Escape Halloween’s mainstage, we jumped at the opportunity to catch up with KILL SCRIPT before the madness ensues. Listen to GALACTIC RAVE on Spotify or your preferred platform, keep on reading for the inside scoop on his upcoming shows, projects, and more, and be sure to let us know your thoughts on Twitter!

Hey KILL SCRIPT, thanks so much for chatting with us! You had a phenomenal debut year performing in 2021 at festivals like EDC Orlando and EDC Las Vegas, along with clubs like Echostage. How do you go about tailoring your sets for ones on massive festival stages versus more intimate venues?

Of course. These past two years have been so incredibly rewarding. From the festivals and club shows, each one has been unique, and the response from fans always makes me so happy. Each set is different, of course, but I think it all depends on the location/vibe. At festivals, I try to have a lot of remixes/edits that people know of; at clubs, I just rip it however I feel like. [Laughs]

You’re fresh off performing at Treehouse Miami, which was also your first time in Miami. The energy in the room looked so electric from what we could see on social media. Did you approach this set any differently than you would other sets?

Yea, Miami was so good. I couldn’t be happier with how my debut there went. The room had such crazy energy that I wasn’t expecting, and it gave me more confidence throughout the set. Can’t wait to be back. Miami is so special.

You’re set to play upcoming shows during Halloween weekend, opening up for REZZ at Red Rocks and another at Escape Halloween on the main stage. What can fans expect from these spooky performances?

Red Rocks has been a lifelong goal of mine, and to be playing there with REZZ on Halloween weekend just feels surreal. I’m doing something very special for REZZ ROCKS that I haven’t done before, which is an all UNRELEASED KILL SCRIPT ID SET. I thought it would be fun just to play my music and unreleased edits at my first red rocks cause why not.  Escape Halloween is a bit of an extended set as festival sets go, so we’re for sure going down the rabbit hole.

Congratulations on the release of your GALACTIC RAVE EP! You recently said that “EMPTY SPACE” is a track that “plays on the idea of being lost in your thoughts” and “makes the listener think about their own empty space.” Did you channel your empty space when you created this track? What did that empty space look like to you?

“EMPTY SPACE” is a special one for sure. Living back in my hometown with very few friends and interactions, I find myself contemplating quite a lot of what isn’t there. Locking myself in my studio for the past two years has been so good, but it also is pretty lonely sometimes, so “Empty Space” was definitely a toast to those lonely nights when I got lost in my thoughts and felt alone.

KILL SCRIPT is not only an audio experience but a visual one as well. We’ve seen this in play through the cinematic visuals posted on your social channels. Will we ever uncover the full story behind KILL SCRIPT?

Since day one, I wanted KILL SCRIPT to be almost more about the story and visual aspect than the music itself. My idea is/was that people make soundtracks to movies, but why not make movies to a soundtrack? With my massive love of sci-fi and futurism, I built it from the ground up to tell my story. For each release, I treat the body of work as a chapter of the story. We are definitely only getting started story-wise, but I can’t wait to build on that more and more as the project builds.

Those who follow you on social media know that you spent a good amount of time building your own studio. What inspired you to do this? Do you find inspiration and drive knowing that you built this creative space yourself?

[Laughs] Yeah, that was my pandemic project other than building KILL SCRIPT. It all came about because I moved home due to Covid and went from having a pretty decent-sized apartment in LA to a 9x9ft room in my parents’ house. I wanted a separate space to grow and lock myself away in and to get away from my family when I needed that space.

I started researching how to build a home studio + how to build an accessory building. It was a lot of blood, sweat, and tears that went into the construction of that building, but it was so worth it, I feel like could really build anything at this point now. My dad and I spent nine months on it, and it’s crazy to now call it my creative space. It’s truly inspiring to be in there.

Alright, final question here. Just for fun, do you have any pre-show rituals you must do before hopping on the decks?

I don’t have any specific pre-show rituals just yet, but if I had to come up with one, it’d probably be pouring a tequila Red Bull and jumping up and down in place a couple of times, maybe a scream here and there, and then getting pumped up and ready to get up there. Also, my manager Halil jokingly says, “don’t fuck up” before every set of mine, which I think I internalize and add to my ritual! [Laughs]

Five Artists You Need to See at Dreamstate SoCal 2022