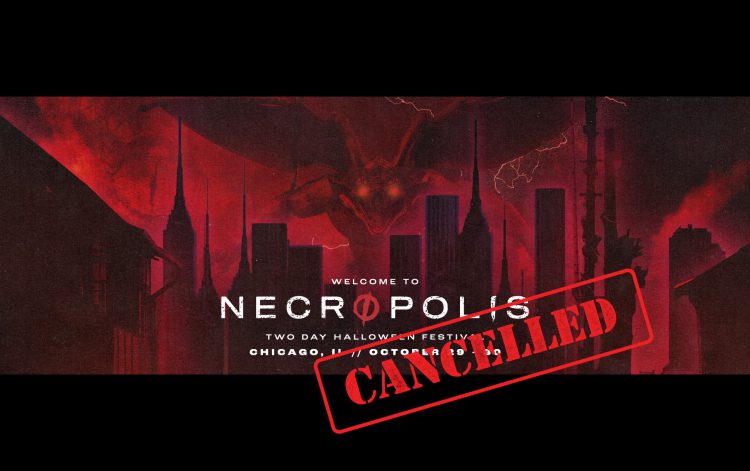 The debut edition of Necropolis will not take place on Halloween weekend this year after Auris Presents announced its cancelation.

This year saw Auris Presents continue to roll in an impressive manner after making a huge splash with ARC Music Festival in 2021. Not only did the two-day house and techno affair expand to three over Labor Day Weekend, but this summer saw the debut edition of another new music festival, Heatwave, as well. During this time, Auris Presents announced yet another weekend filled with beats for Chicagoans with news of the Halloween-themed Necropolis, but plans have come to a halt for it to move forward.

After stirring up hype for the debut edition of Necropolis earlier this year, news about the festival began to slow to a trickle as many waited to hear about the additional artists slated to be announced and other details. Today, rumors began to swirl surrounding the pending cancelation of the festival, and just moments ago, Auris Presents took to social media to announce the news that those murmurs were true.

“We are sad to announce that Necropolis will not be occurring this year,” reads the statement posted to Necropolis’ social media accounts from the festival’s organizers. “We strive to put out the best experience possible for our fans, unfortunately we no longer feel that we can accomplish this.”

All is not lost for those who were planning to attend Necropolis, as the after-party featuring Excision is still moving forward as planned. Additionally, Auris Presents plans to host some of the artists billed on the lineup for other indoor shows throughout the weekend.

Stay tuned for more details regarding the indoor shows that will take place with artists from the lineup, as well as refund information that will be emailed out to purchasers.