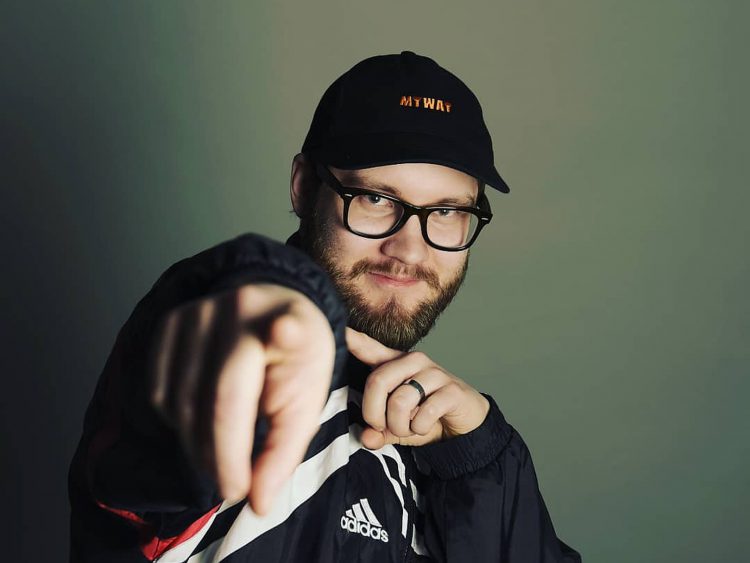 Finnish DJ and producer Reginald is looking to put some pep in your step this fall with a dynamic mix to feast your ears on.

Niklas Wiik, better known as Reginald, is an artist who continues to prove his dedication to the scene with each passing year. Not only has he graced labels like Box Of Cats and Psycho Disco! with some stunning releases, but he also runs My Techno Weighs A Ton, where he flexes his immense tastemaking abilities and passion for helping other producers gain ground in the house and techno community.

Reginald‘s previous releases like The Whistler / We Can, “Windows” with Left/Right, and Get Funky / Witches Brew with Joedan have showcased the dynamic sound this Finnish artist can create in the studio along with his ability to collaborate seamlessly with others. This year, he only further bolstered his legacy by adding another accolade – the release of his debut album, Why Can’t We All Be Friends.

Why Can’t We All Be Friends represents Reginald’s past, present, and future and is effectively him penning a love letter to dance music. This release took three years to create and is a testament to the range of genres he excels at producing, with everything from tech house and electro to breaks and electronica found within its 13 tracks. Standout collaborations from the album include “Memes & Drums” with Steve Darko, “Filthy Freak” with Arnold & Lane, and “Whatever” with Mr Koolaid, and his solo tunes like “You Are” and “Comforting Bop” are sublime as well.

To celebrate its release and give everyone a glimpse at what’s to come as he reaches his final form, Reginald swung by to spin up a mix for our Fall Frequencies series. The 30-minute ride features a flurry of IDs that will be revealed in the future, along with some tunes from Why Can’t We All Be Friends and selections from Dense & Pika, T e s t p r e s s, and Demuir, so make sure to give it a spin!

Listen to this exclusive guest mix from Reginald on SoundCloud, download or stream Why Can’t We All Be Friends on your preferred platform, and let us know your thoughts on Twitter.