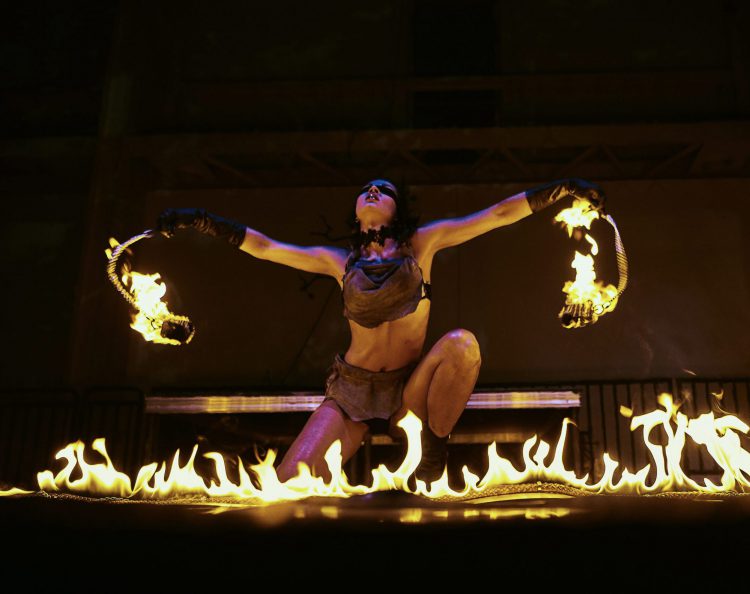 Start the Halloween weekend off right and join Teksupport and el studio for the debut of Black Lotus at Capitale.

The arrival of the fall means we get to indulge in pumpkin spice lattes, dress up in warmer clothes, and are that much closer to drenching ourselves in all things dark seduction for Halloween. Gearing up just in time for the festivities are New York City’s famed underground event promoters Teksupport and el studio, who have joined forces to bring forth a new collaborative event initiative, Black Lotus.

Set to make its debut on October 27 at the iconic Capitale, Black Lotus will see Teksupport and el studio transform the venue into a bewitching beauty for an experience like none other. The tunes playing in the background will be delivered by some sensational music curators. For one night only until the witching hours, attendees will get to quench on tracks by Damian Lazarus, Seth Troxler, and Deroos, making this a house and techno-fueled delight that you simply won’t want to miss out on.

Rob Toma, founder of Teksupport, and Juriël Zeligman, the visionary behind GOSPËL/el studio, have become renowned for the experiences they’ve created in the New York City nightlife scene and will carry that with them for Black Lotus. This all-black attire event is sure to bring fantastic production and art, along with the top-tier hospitality that the two brands have become known for over the years.

If you dare to travel through the darkest realm of the Black Lotus and are ready to rock in any shade of black attire, head to their website for more details, and make sure to grab your tickets to attend this show at Capitale. Will you be checking it out? Let us know on Twitter!