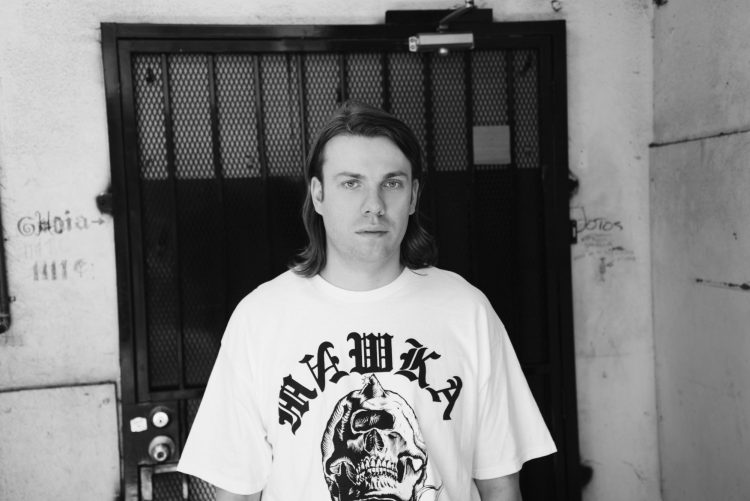 Bingo Players released his second tune on Perfect Havoc, “Phone A Friend,” and looks back to the past to share his experience with phones.

From early hits like “Cry (Just A Little)” and “Get Up (Rattle)” during the boom of dance music around the globe to keeping crowds dancing while taking the stage at some of the world’s largest festivals like Tomorrowland, Coachella, EDC Las Vegas, and more, Bingo Players has left a lasting impression on the scene. The past few years have seen him continue to land smashing tunes on labels including Spinnin’ Records, Perfect Havoc, and his own imprint, Hysteria, as he’s further deepened his grip on house music lovers around the planet.

Earlier this month, Bingo Players made his grand return to Perfect Havoc after dropping “Touch & Go” with Oomloud on the imprint in 2021. His latest offering comes in the form of “Phone A Friend,” which sees him layer in a hearty helping of retro sounds and vocals from Tia that are dreamy with lyrics centered around longing for a lover.

Celebrating its release, Bingo Players spun up an hour-long guest mix that kicks off with his new single before diving into some fantastic tunes from the likes of Low Blow, J. Worra, Baauer, AC Slater, Croatia Squad, Tchami, and more. He also swung by to give us a look at his own experience with phones over the years and thoughts on technology.

Listen to this exclusive mix from Bingo Players, download or stream “Phone A Friend” on your preferred platform, and read on to find out the first cellphone he used and more.

Do you remember the first phone you had? Which model was it?

Yes, I do! It was a blue Ericsson GF768 back in 1997 or 1998. Coming from a beeper, it was such a luxury to be able to call people wherever you went (if there was any coverage, that is). Calling was still very expensive, though, so I didn’t use it that much.

What was your favorite phone over the years?

The iPhone, of course. I am not sponsored or anything; I just love using the phone. I came up through all the phones pretty much, except for those giant ones in the ’80s that were in cars. [Laughs] It’s amazing with everything you can do on an iPhone nowadays. It has truly revolutionized the phone market and the way we communicate with each other as well.

Who do you find yourself talking to the most on the phone?

I don’t really call that much; I’m more of a text person. But if I do, I’d probably be calling my wife and kids when I am on the road touring. However, nowadays, it’s more likely I would FaceTime them.

I actually can’t recall getting weird phone calls to be honest. I do remember that somehow my number ended up in a computerized calling system, so I would get a call every hour by a fax or modem for days and weeks, which was super annoying. This was before you could block incoming calls by number.

If you had to “phone a friend” on a game show, who would it be and why?

That’s a hard question! My friends may see this and get offended that I didn’t pick them. [Laughs] It really depends on the question, though. I have friends that have different knowledge of different subjects.

What are your thoughts on the prevalence of cell phones today compared to two decades ago when it comes to the scene?

Personally, I am a big fan of technology, computers, gaming, and things that enhance our lives. The one thing, for me personally, is social media. I am not a fan. I have to do some level of it for my career, but it’s one of my least favorite parts of what I do. I really loved when I was coming up and discovering music that it was about the music itself and live experience, not recap videos and all of this day-in-the-life type footage. I respect those artists who are good at it, don’t get me wrong. I just would prefer to always be behind the scenes and not have to worry about telling people what I am always doing.