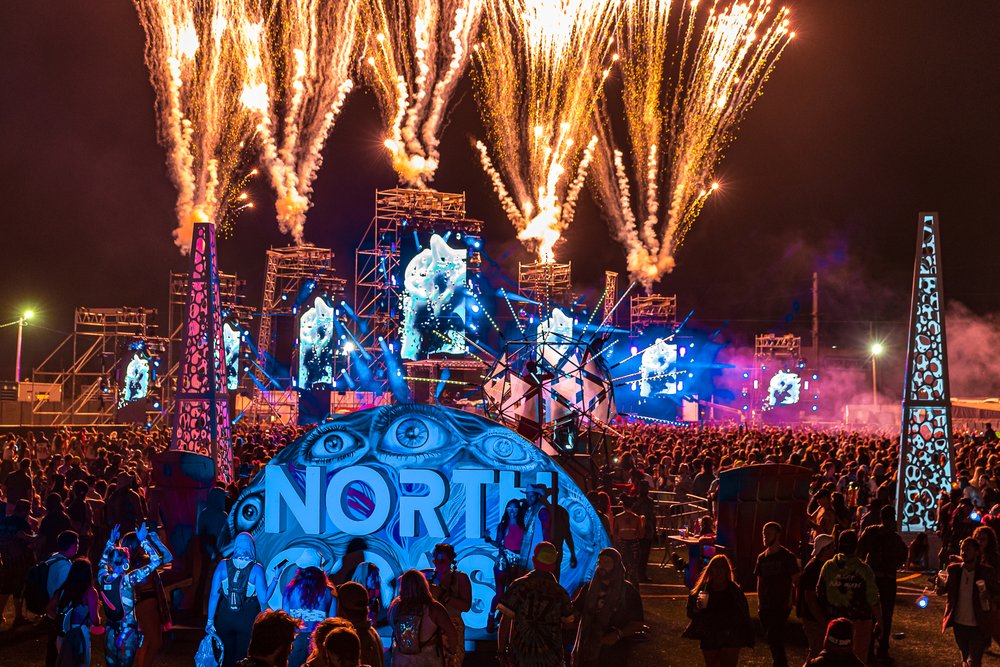 Get a sneak peek into one of Chicago’s most desired electronic music festivals, North Coast, returning on Labor Day weekend.

There’s no better way to close out a beautiful Chicago summer than to catch sets from some of the biggest names in dance music. Returning to SeatGeek Stadium on September 2-4, North Coast is bringing a stacked lineup and six unique stages. The festival strives to create a sensory experience, not only through music and production but with interactive installations as well. Featuring a stadium, full-field practice dome, and seven full fields covered in padded turf, Coasties have the luxury of not having to deal with the muddy grounds of a festival.

Excitement is in the air now that North Coast is approaching in just a few short weeks. Whether you’re a Coastie veteran, first-year attendee, or debating on snagging a ticket, we want to ensure you know exactly what you are, or could be, in for. With musical acts ranging from house grammy nominee FISHER to Svdden Death presenting Voyd, there is something for everyone. Not to mention the lengthy list of massive installations and everything in between.

North Coast has a limited amount of tickets remaining, so make sure to get them before they’re gone if you haven’t already via their website!

North Coast brings the saying “go big or go home” to life with their stage production. Let’s start with the main stage, aka the Stadium Stage. At the Stadium Stage, you can catch some of the biggest acts in electronic music, including Armin van Buuren, Tchami x Malaa, and Porter Robinson. With stadium seating and plenty of floor space, attendees have the option to sit down or rage in the pit. Finally, the main stage acts also end an hour before the other stages allowing for Coasties to catch other acts, something not seen often at music festivals.

The second stage, known as The Canopy, is where house music shines. The Canopy was designed to block the sun, rain, and anything else that may surprisingly fall from the sky. With FISHER, Diplo, and Kaytranada headlining, this stage will be a shuffler’s paradise. Need a break from dancing? There’s a bar located right nearby to get your refreshments.

The Vega stage is where bass music thrives, and the Incendia Fire Pit is a new addition to the North Coast.

The Vega, has a tower design that ensures that all Coasties have the ultimate viewing experience. With LED panels covering the five towers, there is an unobstructed view. Some of the biggest names in bass music will be taking over the stage, including Rusko, Subtronics, Eptic, and Marauda, just to name a few. The Vega is a headbanger’s happy place.

One of the most memorable spaces to showcase talent, the Incendia stage has been seen traveling to large-scale events such as Okeechobee and Burning Man. Often home to late-night sets, the stage will light your soul on fire and hosts some of the best b2bs. The Incendia will be home to many familiar Chicago artists, including Ashton, Sagz, and Jakeshoredrive.

The fifth stage and a North Coast favorite is the Silent Disco and the final stage is a new add-on to the existing Chill Dome.

Silent Disco takes the music experience to a whole new level as you must grab a set of headphones in order to hear the music. Some artists you won’t want to miss at the Silent Disco include Downlow, Crysus, and Deep Smith. Not to mention, there will be a three-hour Sherm b2b special guest set. So grab your headphones and tune into the Silent Disco.

This North Coast specialty will be the home for LoFi, downtempo, and chillhop the entire weekend. Although this isn’t technically a stage, it is an experience in itself and is being taken to the next level this year with beat-makers, producers, and DJs alike adding their spice. Artists you can find in the Chill Dome include Sky Society, Tim Zawada, and Matt Wyser. The Chill Dome is an indoor practice field transformed into a mesmerizing escape. This dark dome illuminated by lasers is the perfect place to take a load off and enjoy some air conditioning. With cushions covering the turf ground this is the perfect spot to relax.

Now that we’ve walked through the stages, this leads us to the larger-than-life North Coast Experiences. Nervous about losing your friends? Use the Temple of Intention as the perfect meetup spot. With a secret mirror room inside, groups can get lost together. Next, get your body warmed up before dancing the night away with Deep House Yoga. Offered every day from 2-3PM at the Silent Disco stage, DJ Alissa Joe and instructor Emily Blackwell will guide attendees through a musical flow.

There are experiences from past years that have not been confirmed for North Coast 2022, and this is keeping us on our toes. The Rainbow Lounge that was located next to the Canopy Stage is part art installation, part hammock lounge. In addition, this is another space for Coasties to kick up their feet and enjoy the music surrounding them. A few other unconfirmed experiences include Into The Fog, Sky Fields, Zephyrs, and The Void.

Be on the lookout for North Coast updates as we get closer to the festival, and get ready for a weekend of music, experiences, and dancing!