Ever After Music Festival will not take place this year after their special events permit from the Township of Oro-Medonte was denied.

Update August 5: Ever After Music Festival has released their official statement on the cancelation of this year’s edition. In the statement, they address the rumors that surfaced about why the festival would not occur this year and tell their side of the story – that there were plans in place and that the cancelation was forced due to third parties. Additionally, they claim that this cancelation puts the future of Ever After in an uncertain state.

More details, including information about orders and options for ticket purchasers, are still to come. Stay tuned.

Previously: Rumors began to swirl surrounding the cancelation of Ever After Music Festival late last month, even while the festival’s organizers continued to sell tickets and promote the event. Emails obtained by Festive Owl showed that local authorities had denied their special events permit due to a lack of details in their planning on how to deal with traffic planning, missing and intoxicated persons, drug disposal, and fire emergencies. The publicly available report released by the Township of Oro Medonte went into further detail about the denial.

After this surfaced, the festival’s organizers posted on July 27 via their social media pages to address the situation. This statement mentioned that they were “aware of the denial” and that they were currently undergoing an appeals process while “reviewing other options to ensure that Ever After Music Festival occurs in 2022.” On July 29, Dubloadz, an artist set to play at the festival, stated that he had been informed that Friday of the festival had been canceled, further leading many to believe the entire weekend would follow suit.

Today, Ever After Music Festival’s organizers officially announced the cancellation of this year’s edition in a brief post that stated that the city would not allow them to proceed on August 11-14. “We do not expect that to change at this time,” it said. “Please plan accordingly.” No details in regards to refunds or what will happen for those who have held on to their passes since the cancelation of the festival in 2020 occurred have been released as of publishing.

Ever After Music Festival was set to feature headlining sets from Slander, REZZ, Zeds Dead b2b Subtronics, along with a flurry of other artists in the bass music scene. One of those headliners, REZZ, just announced a make-up show with AC Slater on August 12 at Rebel for those in Toronto who were planning to catch her at the festival.

A full statement from Ever After is expected to arrive with more details in the near future. Stay tuned for more updates on this story.

Read the statement from Ever After Music Festival on Instagram. 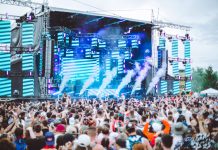 Ever After Music Festival Reveals a Stacked Lineup for 2022 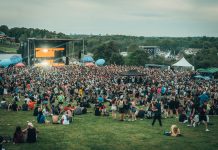 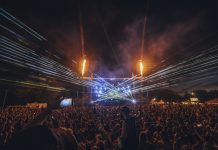 Win a Pair of Tickets to Ever After Music Festival 2019!