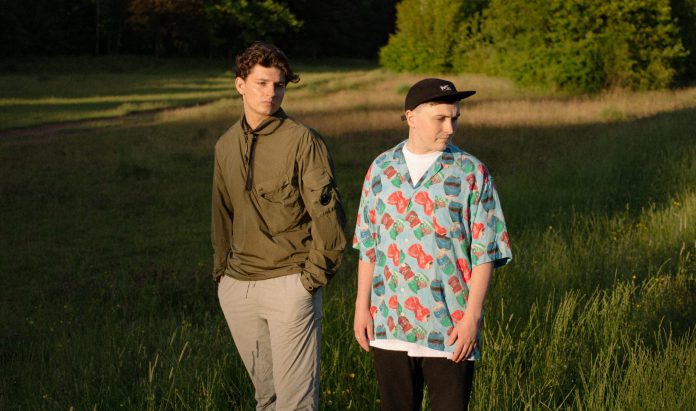 After dropping their debut album, house duo Macka & Lowree swung by to chat about their production styles, the Scottish dance scene, and more!

It is evident that the dynamic Glasgow-based house duo, Macka & Lowree are a delectable formula when they combine forces for a glorious take on reinventing classic, old-school club music. Since releasing their first collaborative record, the Mood 4 Love EP, in 2021, the duo has continued to impress fans around the world with their impeccable releases. This time, they return once again with an expanded project on Fresh Take Records to drop their latest 12-track album, Without The Music (I Don’t Know Where I’d Be Dancin’).

Across the dozen of remarkable new tracks in this carefully-crafted record, Macka & Lowree go beyond genre limitations with various house cuts infused with nostalgic samples and disco-infused sounds. From the crisps, percussive snaps within “Chorin’ Love” and “This Is It” to the intricate drum programming, energy propulsive bangers like “Nothing Else” and “Numb 2nite,” the collection of tracks represent the duo’s intentions to gift the world a titillating dancefloor record with a tinge of ’90s inspired club memories.

Exuding sheer determination and excitement in collaborating again as close friends and fellow producers, the duo continues to soar further into a league of their own as each of them currently holds down monthly residencies in Glasgow’s La Cheetah Club and have been a staple in the local electronic scene. As they get ready for a busy second half of the year, we caught up with the duo to chat about their creative growth throughout this album production, musical influences, and the growing number of top clubs in their local hometown.

Check out Macka & Lowree’s latest project, Without The Music (I Don’t Know Where I’d Be Dancin’) on your preferred platform, and read on for the full conversation with this promising house duo!

Stream Macka & Lowree – Without The Music (I Don’t Know Where I’d Be Dancin’) on Spotify:

Hey Macka and Lowree! Thanks for the chat! We would love to dive into your roots and approach to music production in this interview. First up, turning back the clock for a bit, how did the both of you meet and start working together on this new project?

We’ve been inseparable as friends and artists since we were 17 years old so this project has just been our latest project rather than a one-off. The Macka & Lowree projects won’t stop anytime soon. The chemistry we’ve had together since the start is something you don’t come across very often and we’ll look to utilise that forever probably.

Who were some of your musical influences at the early start of your career? How has that inspired your production style?

Overall, some notable inspirations that we have shared since the beginning of creating music together are Kerri Chandler and Denis Sulta.

We try and bring a fresh approach every time we’re working on something. Over the course of the process for the album, we used a few brand newly discovered techniques that we are definitely going to continue to make use off when we return back to the studio. We always switch it up on who does what and who takes charge and ultimately just end up getting into a natural flow state. During the writing/jam process for the album, we also made use of some newer bits of gear that we hadn’t used before such as the Roland TR-6S, some news stomp pedals, and the Ableton Push.

Moving into your latest album Without The Music (Where Would I Be Dancing), even the title aptly captures the theme of the overall record, paying homage to the classic sound and keeping the passion for dance music alive! But we would like to know what was the key message you hope to give the listeners through this album?

The key messages or ideas we have tried to put across, we think, are for the normality of enjoying yourself on a dance floor to return after the hard time we’ve had the past few years. The tracks emote that great energy that we remember having in a club before the hard times started.

There are energetic house cuts and darker, electro, raved-infused vibes within all 12 tracks in this album, which is really impressive! With the wide array of intricate samplings and production style, can you share any memorable experiences or encounters while working on this project?

Thank you very much. [Laughs] Yeah, there is one in-particular memorable moment that we both cherish closely. When we had been out around Glasgow doing some filming and having a few drinks in a local bar, we went back to our studio after and started jamming on some machines and slowly just randomly piecing together a track without planning on it at all. The two of us pretty much dialed into this track over the course of an hour or two whilst our friends were chilling with us and it ended up as the lead single for the album “Bring The Beat Back.”

Coming from Glasgow, you’ve both been such passionate advocates of the ’90s club cultures. What is the dance music scene like over there and what are some of your favorite local clubs?

The dance music scene in Glasgow is unrivaled in a lot of people’s opinions due to the vast variety of sub-scenes and the incredible clubs it has to offer. Both of us have been lucky enough to play in the best of the best such as Sub Club, La Cheetah, and Berkeley Suite which we’re very grateful for.

Lastly, what’s on the horizon for Macka & Lowree in the next half of 2022? Can we expect any live shows or tour dates?

Currently, we just played the first two shows incorporating our new hybrid live set-up with album collaborator Sonedo. For the next half of the year, we have the second part of our album release party in Edinburgh on the 2nd of July and some more dates coming up soon, which you will be able to find through our Instagram’s @macka.__ and @l_o_w_r_e_e – and some other news about a limited edition t-shirt drop linked to the album with a local clothing brand also will be coming soon! 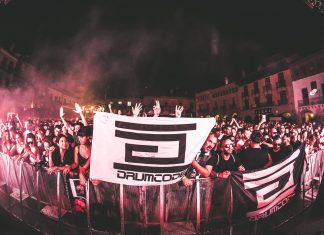 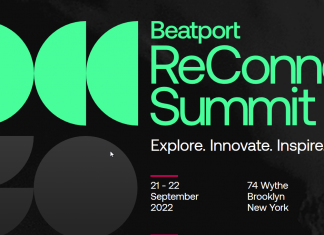 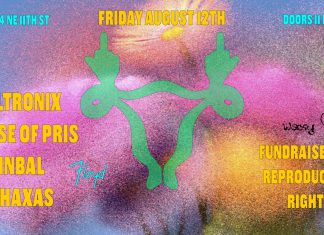