Revered melodic techno masters Tale of Us will head to Cenote Zamna in Tulum on January 4 for the upcoming edition of Afterlife Tulum!

Tale of Us is one of the most prolific acts in the melodic house and techno realm and continues to impress with each passing release and performance. Made up of Anyma and Mrak, their sets are the stuff of greatness when they come together to take the stage. Born initially as the namesake of their Ibiza residency, the duo quickly carved out a niche for themselves and since then, they’ve only further elevated themselves into the upper echelon by becoming a force to be reckoned with their label, Afterlife.

Afterlife has grown into god-tier status as a globally recognized brand, signing numerous top-shelf releases from other standout artists in the scene while also bringing meticulously curated events to Ibiza and more. Now, Tale Of Us has announced that Afterlife Tulum is set to make its return to Cenote Zamna for one night on January 4, 2023.

While the remainder of the lineup for Afterlife Tulum is yet to come, fans can expect the legendary duo to bring their massive melodic hits such as “Time,” “Unity,” and “Together” to the jungle. One of the things that make Tale of Us and Afterlife so special is that they contain an ability to take fans on a sonic journey through sound the way few other artists can achieve. They draw you in with captivating productions, their ability to bring listeners down to the lowest lows before building them back up to the highest heights is truly unmatched.

We can’t think of a better way to welcome the new year of 2023 than deep in the jungles of Tulum, with thousands of like-minded fans uniting to experience the beauty of life through sound. Tickets for Afterlife Tulum are now on sale via the Afterlife Website and are moving fast, so jump on them before your chance to experience the magic slips away. 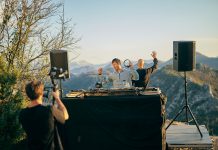 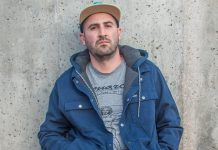 Black Wands Lands on Our Radar with the ‘Protector’ EP 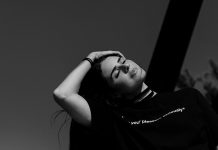