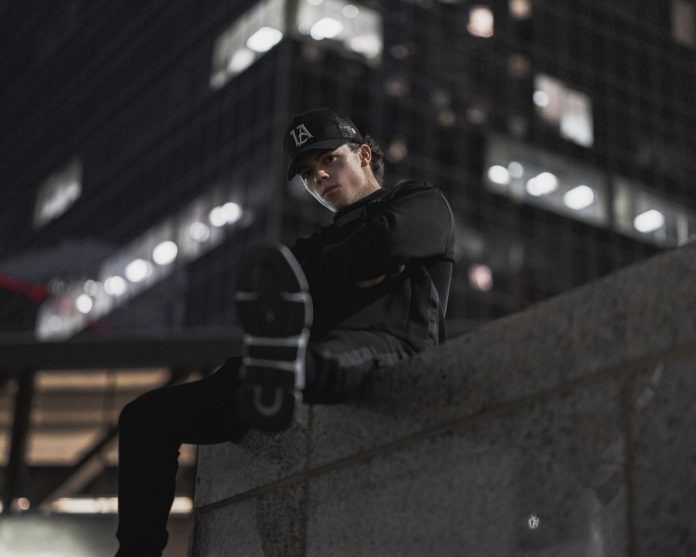 “Fuarkstyle” has grown massively over the past year on TikTok, and Dionysus stopped by to give some insight into what this style of music is all about.

Over the past year, a unique crossroads has surfaced between the fitness and hard dance communities. Thanks to social media platforms like TikTok, the harder styles have found their way into countless viral fitness videos, and it’s unlike anything the scene has seen before. While there’s no official genre name for this type of hard dance that has captivated the fitness community, it’s been dubbed “Fuarkstyle” as an homage to community member Zyzz, and Dionysus is helping lead the charge.

Of all the new producers making this new genre, Dionysus has undoubtedly been a standout. Multiple originals and bootlegs of his have reached millions of streams on SoundCloud and Spotify, even though he just started out last year. There’s no doubt he’s creating something unique, and now with a brand-new team, expect to see his name start dotting hard dance lineups in the US and beyond.

Looking to get more insight into this rapid-growing community and subgenre, we caught up with Dionysus to discuss his backstory, the rapid success his producing career has seen, and the project’s future. In addition, he spun up a special guest mix for us that includes fan-favorite tracks like “CLEN” with Yosuf that perfectly encapsulates the personality of Dionysus. So turn the volume up on his brand-new guest mix and read on for our whole conversation with him!

The Dionysus project is relatively new in the hard dance scene, so can you take us back in time and tell us about how you were first exposed to hard dance and what inspired you to start producing it?

I’ve always loved EDM since I was like three. I sat in the back of my mom’s car with my hair gelled up and fist-bumping to Crazy Frog. I never loved anything as much as I’ve loved electronic music. When I was seven, my brother showed me this video called Melbourne Shuffle Compilation 3. It looks like they’re floating on clouds, and it’s sick as f*ck. If you want to know what my childhood was like, turn on that video or some Jersey Shore and play some Basshunter.

As a follow-up, are there any key producers or community members who help keep you motivated and inspired to spread your sound and music?

Surprisingly, they’re not even hard dance producers. Don’t get me wrong – I look up to people like Headhunterz, Lil Texas, and Ran-D. However, I’ve always been inspired by Getter, David Guetta, and deadmau5 because of how their music makes me feel, and I can relate to them as people. The one I can’t ever forget is Basshunter because if it wasn’t for him, I don’t think I would’ve ever been as deeply in love with electronic music as I am now. Each and every one of those guys had a big impact at some point in my life by helping me through rough times or helping me enjoy life more. I’m thankful for them and the rest of the EDM industry.

The fitness and hard dance community has found a crossroads through TikTok and other social media for the past year or so. Did you start this project to capture this niche audience, or was it something that naturally happened along the way?

Not at all. I just wanted to look sick and have fun making the videos. I didn’t see anything happening out of it until I got tired of my job. I was in debt, my bank account got shut down, and I had nothing going for me. I hated my life until I came across a video of Zyzz one day, and I went down a rabbit hole of this scrawny, insecure kid who grew all this confidence and started enjoying life.

I never had somebody I looked up to in the fitness industry until I found his videos because I related to him. He likes video games; I like video games. He was scrawny; I was scrawny. He loves EDM; I love EDM. The list goes on and on. After watching his videos until like six in the morning, all of my insecurities just disappeared. I saw myself in him, and I knew that if he could do it, so could I. Zyzz said, “Be yourself and enjoy life. Forget having a mundane, predictable 9-5 job.” So, I quit. I started pushing TikTok full time under the name “Baby Zyzz,” and I named all of my Tik Tok sounds in honor of him.

Later on, I was added to a group chat with a bunch of gym bros like me. This was the first time I’d ever been around people who also liked hardstyle, so I showed them my unfinished bootleg of “Everytime We Touch” by Cascada. One of the kids pushed me for three days straight until I finished it.

I released my bootleg and reached out to Soosh to ask him if he could use one last sound before he “retired” from Tik Tok, and it started picking up momentum. Then, I made another bootleg, just like the previous song. Soosh used the sound again, and it blew up. After that, I made my first original hardstyle track and my first official release, “Home.” Soosh used it in his YouTube video, and then I never had to worry about going back to my 9-5 ever again.

This crossroad is unique because many people who might not have ever heard of hard dance are now being exposed to it in a way that’s easily digestible to them. Can you dive deeper into how and why you think this relationship between fitness and hard dance mesh so well?

It’s because we’re sickkunts! All I need to tell you is to learn about the father, the son, and the holy spirit—the Holy Trinity of Zyzz, Jeff Seid, and Jon Skywalker. I also can’t forget about Said Sergeyevich because this community would have never been here today if it wasn’t for him.

Before producing, and even now, a big part of your life is being part of the fitness community. As a producer, can you give more insight into the importance of keeping healthy while being in the music industry, which doesn’t prioritize physical and mental health?

To be honest, I didn’t get into fitness to be healthy – I just wanted to look good when I’m naked. I do have a strict meal plan. I also make sure to take all of my vitamins, get blood work done, and do cardio to stay as healthy as possible.

Apart from making music and keeping extremely healthy, what are some of your other interests in your day-to-day life?

I have a lot of interests, and the list would go on too long to name everything. I’m somewhat professional in everything I do. But with all of my priorities right now, I stick to one regimen and one regimen only – gym, tan, rave, repeat.

With this wave of momentum, what’s one of your goals for the Dionysus project as we enter the second half of 2022?

I usually have a goal board, but there’s so much happening all at once right now that I don’t even have time to write anything down. If I did, by the time I’d get to do it, it would already be crossed off the list.

Finally, can you share what the near future has in store for Dionysus, whether new releases, tour dates, or anything of the like?

I’m working on tons of music. Day by day, my music’s improving a ton. Yosuf and I also have an EP coming in October. We’re about to get a place in LA for a couple of months, and I’m beyond excited about it. I love that dude, and if you haven’t listened to his music, you’re missing out.

Tour dates will be announced in the near future. My team and I are working hard on all of the production, visuals, and events I will be playing. Give me a year, and I will be side-by-side with all the big dogs. I don’t say that because I’m cocky, but because I bust my a*s, and I’m confident that I’ll make it happen. We’re all going to make it, brah. 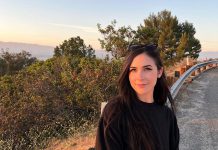 Get to Know the Unique Bass Style of Stryer 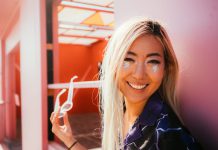 Get to Know the Sensational Sounds of SOHMI