Madeon rides high off his performances at Coachella this month with the release of his long-awaited single “Love You Back.”

Although it’s only April, it’s safe to say that Madeon has already had quite an impressive run in 2022. Not only has the beloved French artist continued to thrive in the wake of his latest album Good Faith, but he’s graced the stage at numerous venues and festivals on the Good Faith Forever tour that saw him increase production and more. Most recently he played his heart out at Coachella with two sets at the Outdoor stage and one as a surprise b2b with Yung Bae at the Do LaB, and now he’s gifted his fans with “Love You Back.”

Those who have caught Madeon over the past few years will hear something familiar in “Love You Back” as the French artist played different versions over the track during his performances. The official release of the single marks his signing to Mom+Pop Music, an imprint that also houses his longtime friend Porter Robinson, and true to form it’s another stunner from him as well. Speaking about the meaning behind the track, Madeon said that it’s a song “about being on the other side of unrequited love – being with somebody who loves you more than you ever could.”

Additionally, “Love You Back” isn’t the only thing for fans of Madeon to get excited about. Beyond him dropping “Gonna Be Good” at Coachella over the past two weeks, he also launched a website for this new track for his faithful followers to check out. Each day something fresh will be unveiled including older or alternate versions of songs, visual assets, and more – so head over to loveyouback.world!

Listen to “Love You Back” on Spotify or your preferred platform, and stay tuned for all things Madeon by following him on social media.

Stream Madeon – Love You Back on Spotify: 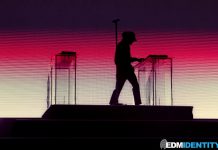 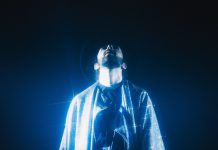