Rising producer EMBRZ stopped by to dive deeper into his This Never Happened releases, upcoming shows, and more!

Dublin-born producer Jack Casey, musically known as EMBRZ, has been honing his musical talents since he was a teenager. Casey listened to harder rock music from the likes of Slipknot and The Stone Roses before being drawn into the electronic world by the sounds of deadmau5. He began dabbling in production and gained a strong following with official remixes of Ellie Goulding’s “How Long Will I Love You,” the 1975’s “Settle Down,” and Carly Rae Jepsen’s “Run Away with Me,” before releasing his first original tracks in 2015. His first original releases came in the form of singles “Silent” with Amy Rose, “Lights” with pennybirdrabbit, and “Home” with Eleni Drake, all of which boast the beautiful melodic soundscapes of EMBRZ.

EMBRZ released his first five-track EP, Progress, in 2017, a beautiful collection of melodic bliss with flares of bass and worldly elements. Since then, he has continued to explore the melodic realm on many singles and has gone on to have multiple releases on Lane 8’s label This Never Happened, which have proven to be a perfect home for his cinematic sounds. EMBRZ has shown his ability to create consistent, quality tunes with each release.

Riding the wake of his most recent release, the Don’t Look Back EP, EMBRZ has also announced a huge show as support for Lane 8 on The Reviver Tour at Red Rocks. All the hard work that has gone into producing the undeniably emotional and feely tracks is allowing EMBRZ to catch fire, and that’s why we were so excited to chat with him about his upcoming projects and more.

Listen to EMBRZ’s immaculate debut album Moments and check out the full interview with EMBRZ below where we discuss how he became part of the This Never Happened family, his recent releases, and more!

You have been producing music as EMBRZ since 2015, what drew you to the melodic and cinematic side of electronic dance music?

I’ve always loved the emotion in music, regardless of genre. Oddly enough, I grew up listening to lots of metal and rock but fell in love with electronic music when I first heard deadmau5. He’s also the reason why I wanted to learn how to produce music. I’ve also always had a soft spot for ambient music too; artists like MMOTHS, Tycho, burial, etc. I guess EMBRZ is a bit of a fusion between these two sides of electronic music.

Your productions evoke a lot of emotion. How much of that emotion comes from within you as a person and how much of it is influenced by the beauty of your environment and home in Ireland?

Ireland is beautiful and scenic. The weather is a bit rubbish, but a lovely place to grow up. For most of my life, I lived just outside of Dublin in a small village called Dunshaughlin and I’m sure my environment has influenced my music. But if I’m honest though, I’ve mainly been inspired by other artists. Hearing a song that moves me is what gets me motivated. That “feeling” I get is the same feeling I want to recreate.

Building off of that, how have you seen the live music/festival industry change in Ireland over the last five years?

Well, the last two years were very rough if you were a live musician or DJ. Ireland had a lot of strict lockdowns and barely any shows. The worst part was there were times things reopened, and it felt like gigs were back, but everything shut down again. Luckily, this year things are starting to kick back up again. I don’t think the “chill house” genre has taken off in Ireland the way it has in the US. I can’t really put my finger on why, although maybe it’s on the horizon. There are a few festivals that are starting to showcase it. Otherside Festival, one that I’m lucky enough to be playing this summer, is the first festival I’ve seen in a while really trying to push that sound.

Over the years you’ve had multiple releases on This Never Happened including your debut album Moments. What was it about TNH that made it the perfect home for the release of your debut album?

I used to listen to Lane 8 when I first got into electronic music. I remember being obsessed with his track “Be Mine,” one of his first releases back in 2013. He’s one of the most consistent producers, and always puts out great music, so I’ve been a fan. I had seen some of the releases that were coming out on his label and felt like it aligned with my music. I sent them a couple of demos in 2020, and luckily they were into them.

I think what I really like about This Never Happened is that it’s artist-owned. It’s unique to other labels because Lane 8 has a say in what’s released. Him being an artist, and knowing the difficulties of being an artist, it feels like he has your back. Also, you listen and really respect him when he offers some feedback on your music. The label has kinda exploded in the past year and I feel very grateful to be working with them

One of your most recent releases on TNH is the Don’t Look Back EP. Did you produce the tracks to fit the title of the EP or did the collection of tracks fit the theme you were thinking?

“Don’t Look Back” is the main single from the EP, and it was the first track I wrote for it too. I was feeling more confident after singing on the last album and wanted to continue that. I’ve always written my own toplines and then had vocalists sing them. However, there is something more personal about me actually singing. I think it allows me to connect with the listener more. I sometimes struggle with indecisiveness, Don’t Look Back is me trying to tell myself not to overthink everything and just see what happens.

You also remixed Lane 8’s “Red Lights” from his newest album Reviver. What feelings did the original track elicit from you and how did you channel those vibes into your remix?

I was thrilled to be asked to remix a track from this album! Slightly nervous too, because the call came from the boss man and of course I’m keen to impress. It was a bit challenging because there weren’t a lot of vocals to work with, and it needed to feel different than the original which was more laidback and cool. I thought I could give it a bit more emotion, and was pleased with the result.

Speaking of Lane 8, you’re set to join him when he embarks on a tour of Europe this summer. Are you excited about these upcoming performances? What can fans expect when they catch your sets?

After nearly two years of no shows, yeah I’m definitely buzzing! Especially Red Rocks in September, that’s going to be nuts. It’s been a dream venue to go to see a show, never mind playing at it. [Laughs]. It’s mad, I’ve dropped an album and never had the chance to play it to a live crowd yet, so it will be special to perform. In terms of my sets, I like to keep things more uptempo than chill.

Finally, what are some of your goals for the rest of the year? What can fans expect from EMBRZ in the remaining months of 2022? 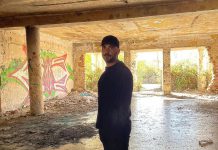 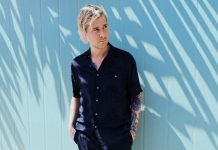