If you’re a trance lover and heading to Miami Music Week this year, then there’s no doubt that United We Groove is an event that should be on your radar. Hosted by Kristina Sky, this party has become one of the best parties to attend for anyone on the hunt for some serene sets from top-tier talent and rising stars in the scene alike.

This year will see the showcase return to Miami for the first time since 2019 on Friday, March 25 at the C-Level Rooftop Terrace – and they’ve packed the lineup with some impressive artists this year. Joining Kristina Sky is a bevy of fantastic DJs who are sure to bring their best to the stage including Roger Shah with the Miami debut of his Sunlounger project, Matt Fax, and Paul Thomas.

Others on the lineup include Neptune Project, Farius, Hydrah, Adam Stark, and Noel Sanger, who have impressed with their releases and sets. Further, local hero Luccio is set to perform, as well as Thomas Bronzwaer who is set to play a producer set for those in attendance. True to the nature of Miami Music Week you’ll never know what surprises might also be in store, so make sure you’re there to find out who the special guests will be!

United We Groove is a free event during Miami Music Week with RSVP. Head over to their website to sign-up for access to this special show and let us know if you plan to attend in the comments. 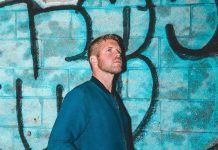 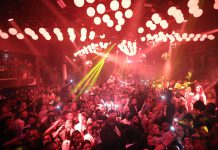