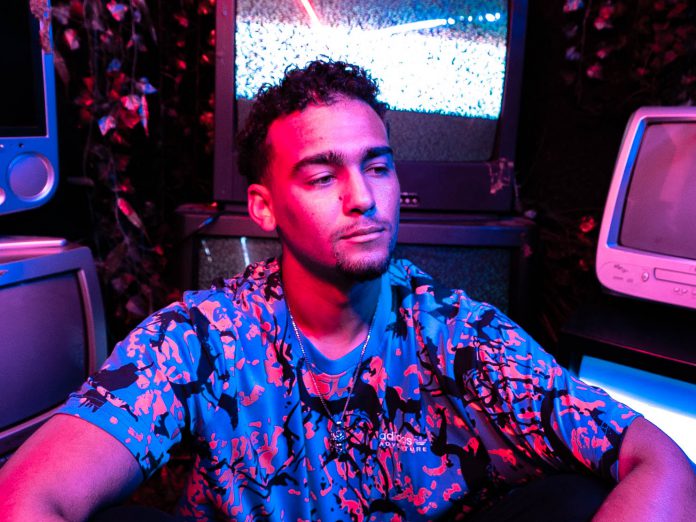 Up-and-coming producer Gibson Parker swung by to chat about his unique spin on house and put it on display with an exclusive mix.

Gibson Parker has been relentless when it comes to making his own mark in the house music scene. Since first arriving just a few short years ago, release after release has shown the producer stepping up his game and making himself a name to be recognized. Beyond receiving support from names like Oliver Heldens and Don Diablo, Gibson Parker has consistently dropped music on Insomniac Records‘ IN / ROTATION, while also gracing imprints like Ninety9Lives and Lilly Era.

This past year has been especially eventful. He dropped “Long Gone” and The Answer / PsyHouse on IN / ROTATION and provided an official remix for Rootkit’s “Dreaming,” and it seems like there are no signs of him slowing down anytime soon. Cementing his role as a sorcerer in producing and DJing, Gibson Parker burnished his skills with an exclusive guest mix and joined us for a chat surrounding his background and journey through music.

Check out this fantastic mix from Gibson Parker on SoundCloud, read on for the full conversation, and stay tuned for more from this rising artist in the house scene by following him on social media!

Hey Gibson! Thanks so much for talking with us. Let’s talk about your origin story – what was your introduction to electronic music and what led to your start producing it?

When I was a sophomore in high school, they offered an introductory course to Logic and Pro Tools. After my first class, I absolutely fell in love with creating music. I started out making Hip Hop and R&B. It wasn’t till my sophomore year in college that I transitioned to EDM. It started when my best friend asked me to go to EDC with him, but $500 for a ticket didn’t seem worth it to me. He ended up buying my ticket for me so I could experience it.

On the first day, I remember walking into the speedway in Vegas and gazing upon the world that Insomniac had created. I couldn’t help but smile. The moment I realized that this is what I want to do was when I watched Zedd perform. I ended up missing the next two days because I got strep throat, but I had seen enough. I went straight home and started my journey on becoming an electronic producer.

Looking at your career so far, how do you think you’ve changed as an artist since you first began making music?

Looking at my career so far, I’ve definitely gone through a lot of transitions. I started producing future bass before anything else, then onto trap, and then dubstep (didn’t do too well with this, lol). It wasn’t until a year later, when I started to DJ, that I found a passion for house. From there I jumped from electro, progressive, deep, tech, and bass house before finally finding my style.

What’s the biggest struggle you’ve faced so far in your career?

My biggest struggle is being a perfectionist for sure, it causes me to overthink and therefore produce less music. But I’ve improved and am still learning on how to overcome it.

When you were working on your debut EP last year, did you start the project with the EP in mind, or did it happen to evolve into one? How did you envision the two songs working with one another?

Fun fact about my debut EP: Those two songs where made two years apart from one another. “PsyHouse” was an old project of mine that I didn’t have the skill set to finish at the time. I reopened it around the same time I made “The Answer” and finished it up. I’m really happy how that EP turned out.

Getting into your latest single from the tail-end of 2021, “Long Gone,” what was your favorite thing about working on the song? Did you run into any challenges?

Just like “Psyhouse” I originally made “Long Gone” a long time ago. It was one of my favorite chord progressions I’ve created, and I couldn’t let it go to waste. So I reopened the project file and put a new spin on it. It was amazing to work on it and finally finish it up.

Just last month, you released a pretty sick lyric video for a remix for Rootkit. What was it like working on this specific song and reimagining his music in your own way? Do you find it easier to work on remixes or your own music?

“Dreaming” is one of my favorite releases from 2021. It was amazing to be able to have the chance to work with what was already an amazing record. I remember going a week without creating anything that I loved, and it was beyond frustrating. I gave up at one point and headed to my room to take a nap. Ironically it wasn’t till I was dreaming that I came up with the idea for it. After that it only took me a day to get the basis for the track. Besides that, I do generally find it easier to make remixes because the vocal is already provided for you, which in most cases, finding a good vocal is the hardest part.

Can you share anything exciting that you’re working on or what we can look forward to from you in 2022?

Absolutely, I got lots of tracks coming this year. I have a track coming out soon on a great label, that features a vocal I came up with at my first Hard Summer. Also excited to have another upcoming release with IN / ROTATION this year. I absolutely love working with them on releases.

Do you have any new year’s resolutions you’d like to accomplish with your music?

My New Year’s resolution for music is to just keep getting better and finding new ways to innovate my sound.

Lastly, just for fun, what do you enjoy doing when you’re not working on music?

My two favorite things to do outside the studio are golf, and snowboarding. I’m also really into movies and gaming.